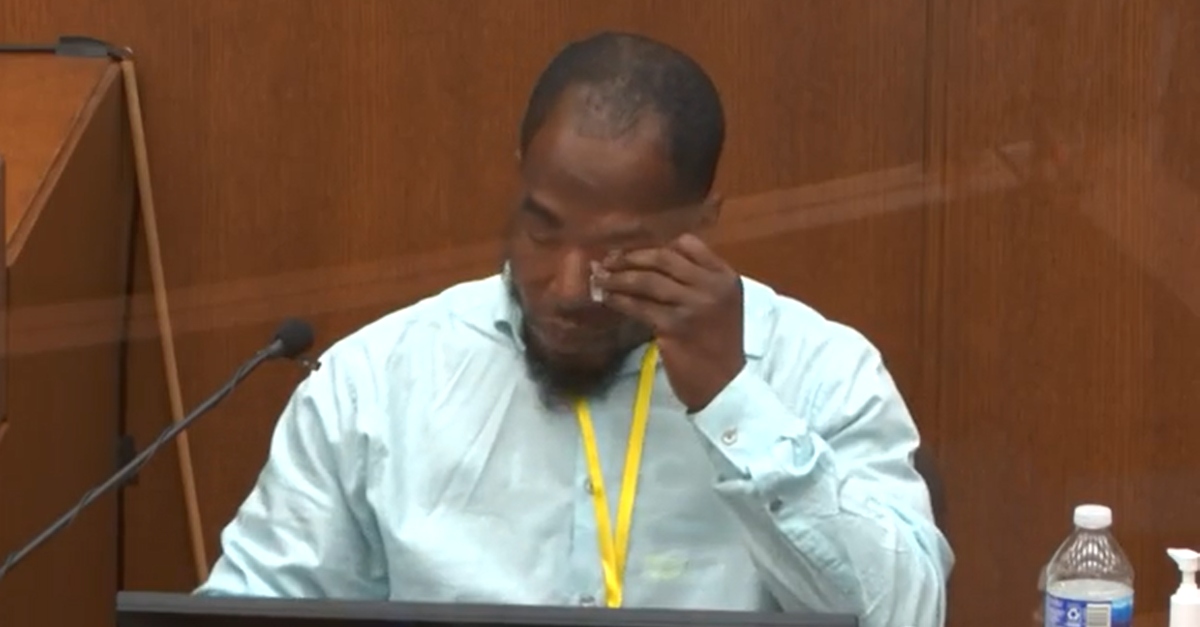 A Minnesota man who witnessed the murder of George Floyd — and later provided emotional testimony at the trial of former police officer Derek Chauvin — has been charged with domestic assault.

Donald Wynn Williams, 34, was arrested following an alleged altercation on Saturday near the Minnesota Street Fairgrounds, according to the complaint obtained by Law&Crime.

Williams was charged for allegedly choking his ex-girlfriend and hitting her in the face after an argument, according to the report. He is also accused of resisting arrest and threatening to kill St. Paul police officers who had responded to a domestic abuse call at around 5:15 p.m. on Saturday.

Williams denied strangling or hitting the woman. He told police that he suffers from PTSD related to Floyd’s death and Chauvin’s trial, documents said.

Williams, a mixed martial arts (MMA) fighter, provided emotional and moving testimony about what he witnessed on May 25, 2020, as Chauvin knelt on Floyd’s neck for some nine minutes after Floyd was suspected of trying to pass a fake $20 bill at a convenience store.

Williams was among the bystanders who pleaded with Chauvin to ease up on Floyd, even as Floyd lost consciousness. Williams had called 911, telling the dispatcher that Chauvin “just pretty much killed this guy that wasn’t resisting arrest.”

Derek Chauvin was convicted in April 2021 of Floyd’s murder.

Documents say the woman told police that Williams used his right hand to hit the left side of her face, and that he only stopped when someone in the area yelled at him. She was bruised on her neck and told police that her throat was sore when she swallowed, documents said.

Williams allegedly resisted arrest and told officers that if he “could take the cuffs off, he would ‘f*** up’ the officers and kill them.” He also allegedly told an officer that he knew who the officer’s family was and would come after them.

According to the police report, Williams told officers that he didn’t comply because he was worried about his 9-year-old daughter being left by herself.

He also faces a charge of misdemeanor domestic assault-intentionally inflicts/attempts to inflict bodily harm. He reportedly appeared in court on Tuesday and was conditionally released.

The complaint is below: