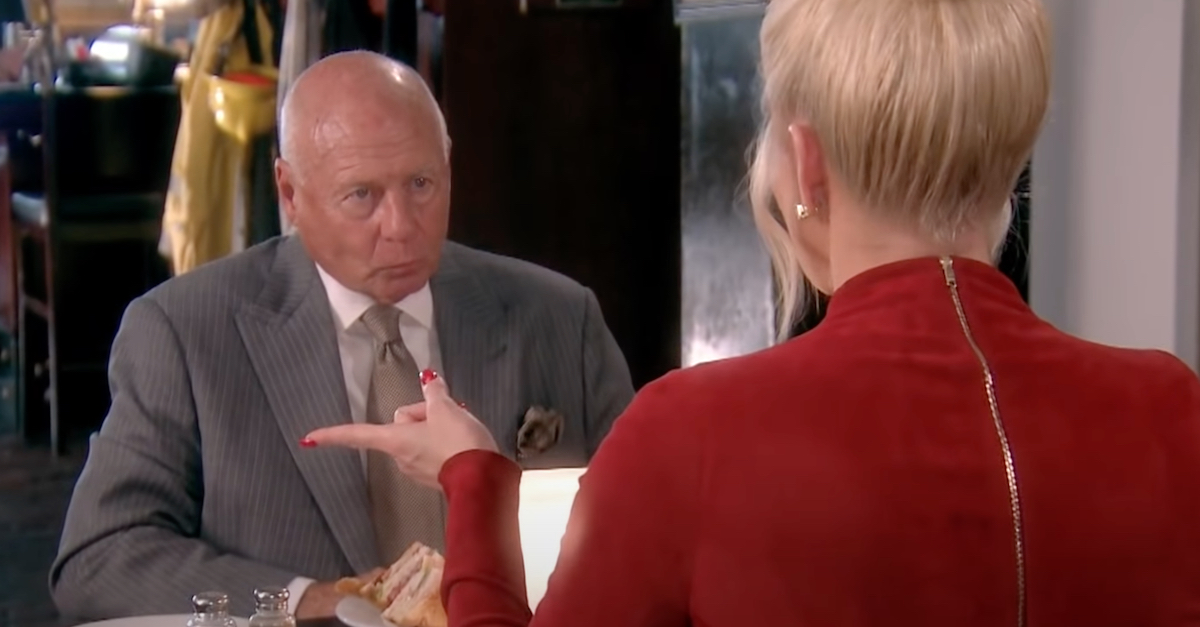 The attorney whose career became famous in the movie Erin Brockovich is currently “not eligible to practice law,” the State Bar of California decided on Tuesday.

According to online records, attorney Thomas Vincent Girardi of the Los Angeles firm Girardi & Keese was ordered to assume inactive status as of March 9th. He was admitted to practice law in California on January 13, 1965.

An attorney who is “not eligible to practice law” may have been so ordered because of “suspension, involuntary transfer to inactive status and failure to pay mandatory State Bar fees,” the bar’s website says.

According to Hollywood website The Wrap, the move was “the apparent result of an ongoing conservatorship case” involving the 81-year-old high-profile lawyer. Documents obtained by the site indicate that Girardi “has Alzheimer’s disease and is unable to participate in court proceedings,” the site reported in summary.

“His emotional distress is directly related to his dementia and exacerbated by his confusion,” a psychiatrist said of Girardi, according to The Wrap.

Girardi’s brother is serving as his conservator.

The Los Angeles Times contains a more thorough assessment of the matter:

Dr. Nathan Lavid, a Long Beach forensic and clinical psychiatrist, met with Girardi on Feb. 26 as part of the conservatorship case initiated in January by his brother Robert. Lavid found “major impairment” in Girardi’s short-term memory, logical reasoning and recognition of familiar objects and people, according to a sworn declaration. The psychiatrist indicated that Girardi was experiencing delusions and “severely disorganized thinking.”

Girardi’s troubles involve more than just his health. As Law&Crime previously noted, a federal judge froze the lawyer’s assets in January after ruling that Girardi took $2 million from clients whose relatives died in a plane crash. In that case, federal judge Thomas M. Durkin referred Girardi’s conduct to federal prosecutors for investigation.

“No matter what your personal financial situation is, no matter what kind of pressures you are under, if you touch client money, you are going to be disbarred and quite possibly charged criminally,” Durkin said at the time, according to the L.A. Times. A lawyer representing Girardi in that case said his law firm was struggling financially and was “unable to make payroll.” Several lawyers also said that they were “unsure” Girardi “understands either the nature or the gravity of the current situation” and asked that he be evaluated by a mental health professional.

The victims of the plane crash, whom Girardi owes millions, called his mental health matters “a sham,” the Times said.

The $2 million lawsuit was brought by a separate law firm which worked with Girardi’s firm to litigate the crash of Lion Air Flight 610 off the coast of Indonesia. All 189 people on board died.

The separate law firm which worked with Girardi, Edelson PC, is also suing Girardi’s firm, Girardi personally, Girardi’s estranged wife, and other former attorneys at Girardi’s firm, according to Bloomberg Law. Both Girardi and his now-defunct law firm are embroiled in bankruptcy proceedings, Bloomberg Law further reported in early March.

Girardi is married to Real Housewives of Beverly Hills star Erika Jayne, though she filed for divorce in late 2020. US Weekly reported that Edelson PC called the divorce a fake attempt to “fraudulently protect” the couple’s money.

The Los Angeles Times reported extensively just five days ago on Girardi’s use of “cash and clout to forge powerful political connections” all the way back to the ’70s.