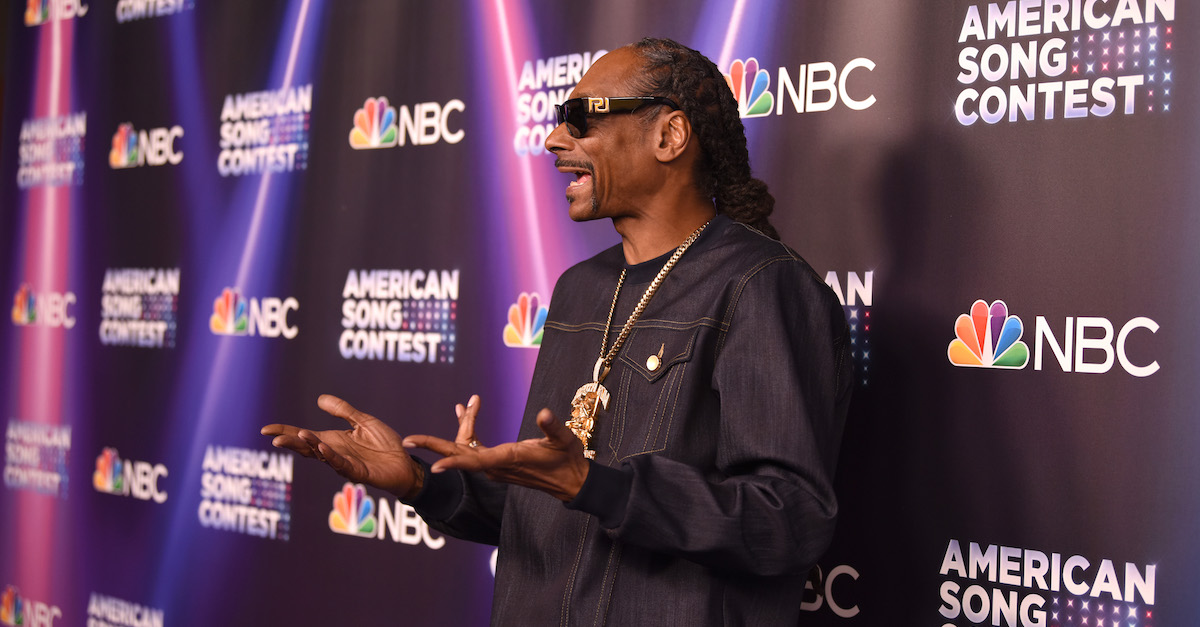 After two false starts, an anonymous woman has again accused rapper Snoop Dogg and adviser Donald “Bishop Don Magic Juan” Johnson of victimizing her through a years-long sex-trafficking scheme, filing a third lawsuit Thursday that her lawyer said is supported by new information.

Identified only as Jane Doe, the woman has sued the men twice before, but her lawyer, Matt E.O. Finkelberg, voluntarily dismissed both, each time with the ability to refile.

Finkelberg said Thursday he has new information that “adds significant credibility and corroboration” to the allegations. His new complaint adds conspiracy to the claims, which include sexual assault, sexual battery, defamation and intentional infliction of emotional distress. It also includes new details about other alleged victims, which Finkelberg said “demonstrates how serious our claims are.”

But a spokesperson for Snoop, whose legal name is Calvin Broadus, said the “meritless” lawsuit is “riddled with and predicated upon falsehoods and inaccuracies” and the woman’s “third try.”

Finkelberg describes his client as a professional dancer, model and actress who worked for Snoop and Campbell as well as rappers who toured with them such as Warren G and Kurupt. But an emailed statement from Snoop’s spokesperson said the woman “has never been Snoop Dogg’s employee.”

“As before, this refiled complaint is riddled with and predicated upon falsehoods and inaccuracies,” the statement said, adding that Snoop “looks forward to proving the falsity of these allegations.”

The lawsuit alleges this scheme victimizing women dates back “decades” but zeroes in on alleged incidents in 2013, in which the woman says Snoop and Campbell forced her to perform oral sex. It says Snoop didn’t hire her as a “weather girl” for his TV show “GGN” on the Double G News Network because she “refused to willingly and enthusiastically give oral sex … and was unable to orally give him an orgasm.”

After a two-day private mediation over the woman’s claims failed in February, Snoop posted on Instagram, “Gold digger season is here…keep ya guards up.” 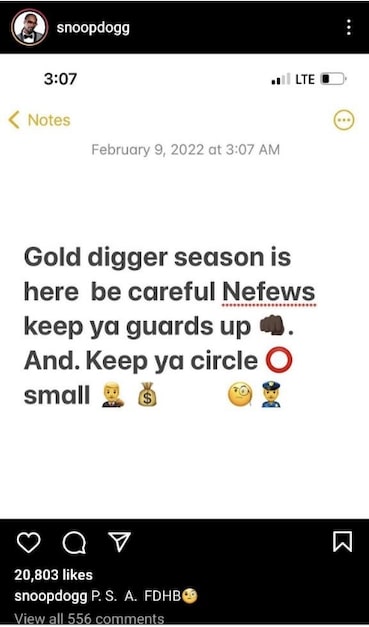 Finkelberg filed his first version of the lawsuit in the Central District of California in Los Angeles later that day on Feb. 9, 2022, writing that Snoop posted the message “in direct retaliation” for the woman’s claims. He also mentioned the rape accusations against Snoop in 2005 from makeup artist Kylie Bell, who sued Snoop but later dropped the case. Finkelberg’s lawsuit notes Snoop filed a lawsuit against Bell before she sued, which Finkelberg said he anticipates Snoop will do to his client.

“It is anticipated that SNOOP DOGG will sue Plaintiff JANE DOE for extortion just as he did to Kylie Bell in an effort to intimidate her,” Finkelberg wrote. “Plaintiff claims unlawful retaliation in the event of such lawsuit.”

Snoop’s lawyer, Jennifer Keller of Keller/Anderle in Irvine, California, filed a motion to dismiss that said the lawsuit was filed nearly nine years after the alleged incident “but just days” before Snoop was to perform at the Super Bowl.

The motion was joined with another dismissal motion from lawyers for Snoop’s business entities, but a judge never ruled on them. Instead, Finkelberg filed an amended complaint on March 10, then moved to voluntarily dismiss it on April 6 after the defense lawyers filed new dismissal motions.

Read the full new complaint, below: