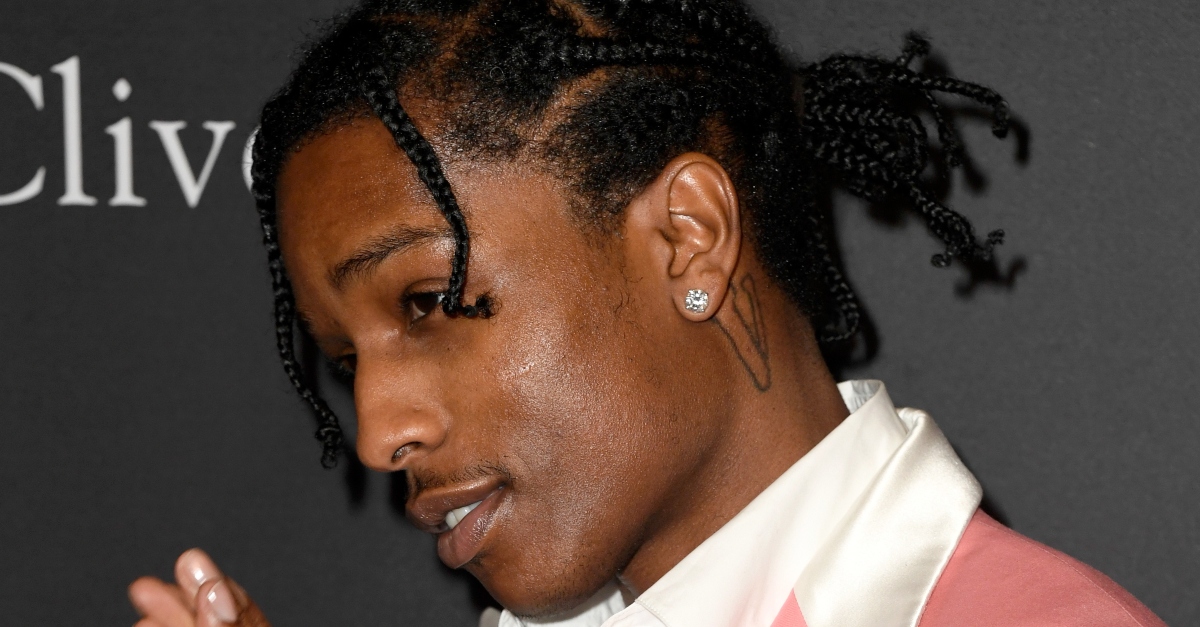 Rapper A$AP Rocky, and co-defendants Bladimir Emilio Corniel and David Tyrone Rispers, are going to be playing the waiting game. A Swedish court just wrapped up the criminal case for an alleged assault and scheduled the verdict delivery for August 14.

A$AP Rocky’s lawyer reportedly said the suspects do not need to remain in the country:

#ASAPRocky’s lawyer has just told me the suspects do not need to remain in Sweden while they await the verdict. https://t.co/1riuiyNhOt

Prosecutors requested a sentence of six months behind bars.

Video shows the confrontation. Two individuals wanted headphones back. The suspects claimed that one of them hit security in the head with those headphones. The duo kept following A$AP Rocky et. al, however.

Footage showed the rapper trying to talk them out of a confrontation, and insisted that he didn’t want a fight. Things escalated to a full-on fight.

Rocky’s defense tried to draw a distinction between what he did and what others did.

Best argument I’ve seen from the defense attorney so far. Separate your client for the others and minimize #ASAPRocky’s involvement. This will hopefully be reflected in the verdict and sentence, if there is one https://t.co/0UEBecF8ul

The man identified as the alleged victim is Mustafa Jafari, 19. Court records indicate he sustained injuries as a result of the incident.

#Prosecution called a psychologist to explain the psychological impact the incident has had on the #Jafari. Not sleeping at night, lost of concentration, and is afraid and that this has been a huge trauma.

The case popped up President Donald Trump‘s radar too. He said he spoke to rapper Kanye West about it. POTUS pretty much cheered the news that the rapper could return to the United States, saying he was “on his way home.”

A$AP Rocky released from prison and on his way home to the United States from Sweden. It was a Rocky Week, get home ASAP A$AP!

It’s not clear if A$AP Rocky is (or will be) leaving Sweden, but he apparently has the right to do so.

We don’t know for sure if #ASAPRocky will choose to leave Sweden, but he has the right to. He mentioned in court today that there were some Swedish artists he would like to meet. https://t.co/zSsypFoXat