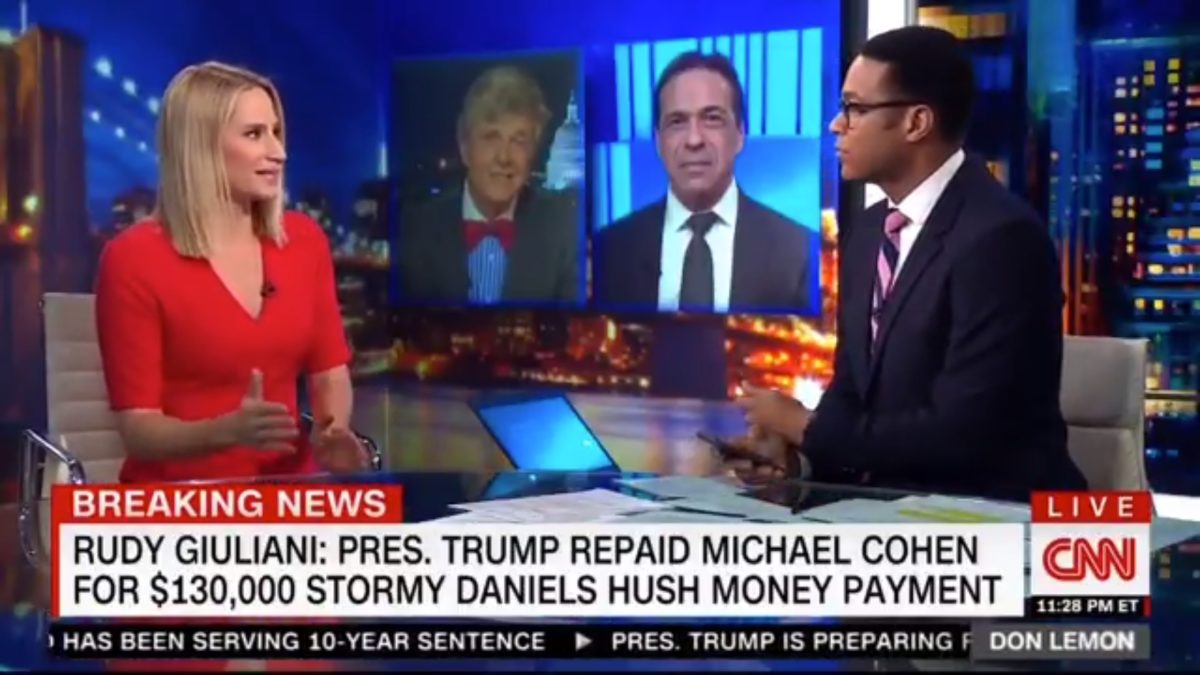 When CNN’s Don Lemon needed an attorney, he needed to look no further than to the other side of his anchor desk.

According to court documents, Lemon has hired frequent CNN guest Caroline Polisi along with Polisi’s law partner Christopher LaVigne to defend him in a civil suit filed by a man who claims Lemon committed assault, battery, and inflicted emotional distress (both negligently and intentionally) in an alleged incident in the Hamptons in July 2018.

Polisi practices white-collar criminal defense law and handles civil matters.  Besides appearing on CNN, she has also written for CNN.com and has appeared on FOX News and MSNBC.  She has previously served as a host and guest on the Law&Crime Network.

According to court documents, plaintiff Dustin Hice noticed Lemon at a Hamptons bar and offered to buy him a drink.  Lemon declined.  Later, Hice claims Lemon “unexpectedly” approached him.  Then, Hice alleges Lemon “put his hand down the front of his own shorts . . . vigorously rubbed his genitalia, removed his hand and shoved his index and middle fingers into Plaintiff’s moustache under Plaintiff’s nose.”  Then, “Lemon intensely pushed his fingers against Plaintiff’s face under Plaintiff’s nose, forcing Plaintiff’s head to thrust backward as Defendant repeatedly asked Plaintiff ‘Do you like pussy or dick?'”

Hice “was shocked and humiliated,” the suit goes on to say.

The defense is already on the case.  Though Hice originally filed his complaint in New York State Supreme Court (Suffolk County), the defense has filed to remove the matter to federal court based on diversity jurisdiction.  Hice lives in Florida; Lemon lives in New York.  Under federal law, a case where diversity of residency exists between plaintiffs and defendants can be moved to federal court when the amount in controversy exceeds $75,000.  The policy underlying the law is to prevent the courts of one state from being biased toward the citizens of that state.

READ the case documents in the viewer below.