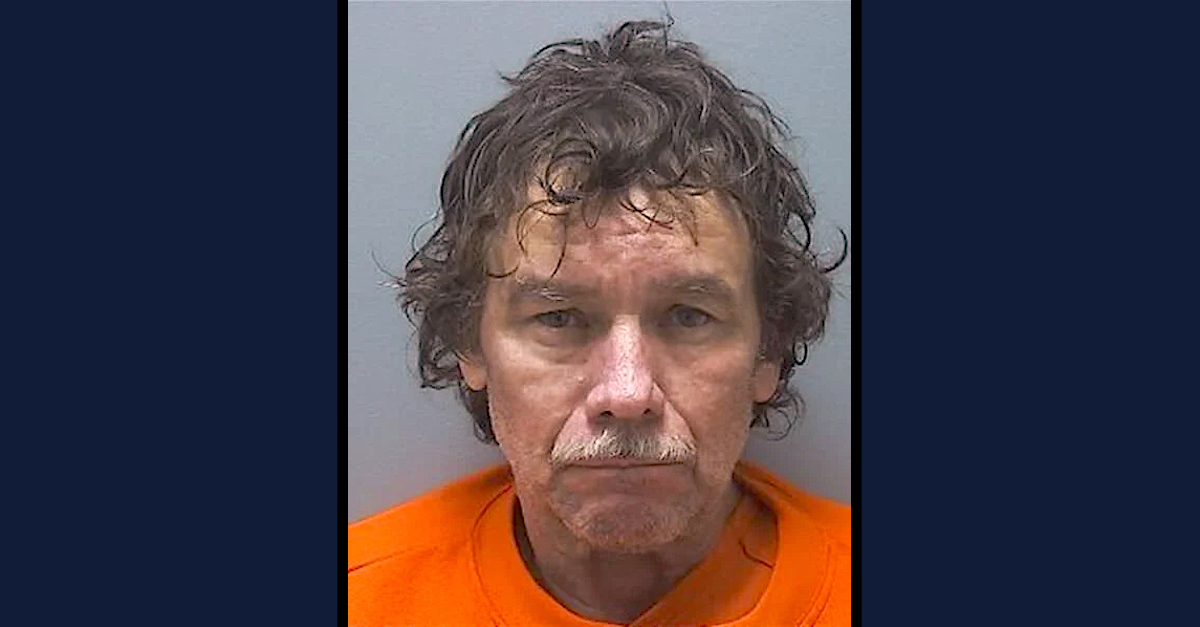 A Georgia driver is accused of firing multiple shots at another vehicle during what authorities have reportedly called a “road rage incident” on Highway 92 in Cherokee County. Local deputies said defendant Wade McEwan, 61, of Acworth, shot at least 14 rounds, according to WSB-TV.

McEwan is accused of blocking victim Jason Daxon, 25, from passing him several times. The 61-year-old then opened fire on the younger man, deputies said.

“Both vehicles were stopped at the traffic light at the intersection of Highway 92 and Woodstock Road when McEwan began firing through his drivers side window,” the sheriff’s office explained in a press release obtained by The Telegraph of Macon, Georgia.

Daxon turned and headed in the other direction, but McEwan kept firing, the authorities have alleged.

The 25-year-old was shot twice but managed to pull off the road, according to the WSB report.  He remained “conscious and alert” and was taken to the hospital from there, the television station said; he is expected to survive.

Video of the aftermath recorded by WSB showed the victim’s vehicle stopped on the highway with its windows shattered from the gunfire. 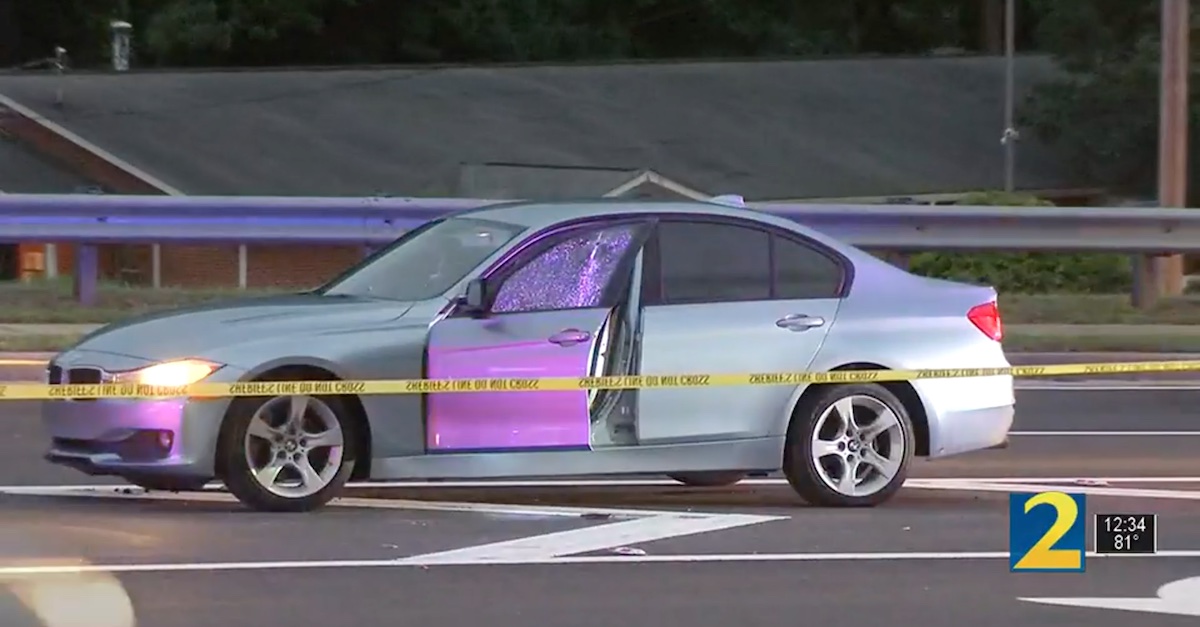 The vehicle purportedly driven by Jason Dixon was recorded by WSB-TV after the shooting.

WSB said a Woodstock, Georgia police officer witnessed some of the events and helped catch McEwan.

Video circulating on the internet purportedly shows critical portions of the incident.  It was recorded from another vehicle behind the victim’s light-colored — possibly silver — sedan.  The video shows gunfire blasting from the driver’s window of a red pickup truck to the right of both the victim’s vehicle and the witness vehicle. Shots were apparently aimed at the sedan in front of the witness vehicle from which the footage was recorded.

The window of the red pickup truck appears to have been closed when the driver inside started firing, as the glass suddenly shatters in the recording.

Georgia is FKN crazy. A road rage incident caught on camera in Woodstock, where a driver ended up firing 14 shots in a car next to him. pic.twitter.com/cml0pu6juB

People inside the witness vehicle responded with audible shock and fear.

“Oh my fucking God,” a woman said amid amid the chaos.

The victim sedan — it appears to be a BMW — peeled away by making a sharp turn to the left.  The red pickup truck stayed put.

The red pickup truck appeared to move slightly as the video ends.