‘This Is a Perfect Girl for Me’: Cop Faces Temporary Suspension for ‘Inappropriate’ Conduct with 17-Year-Old He Met While Investigating a Theft 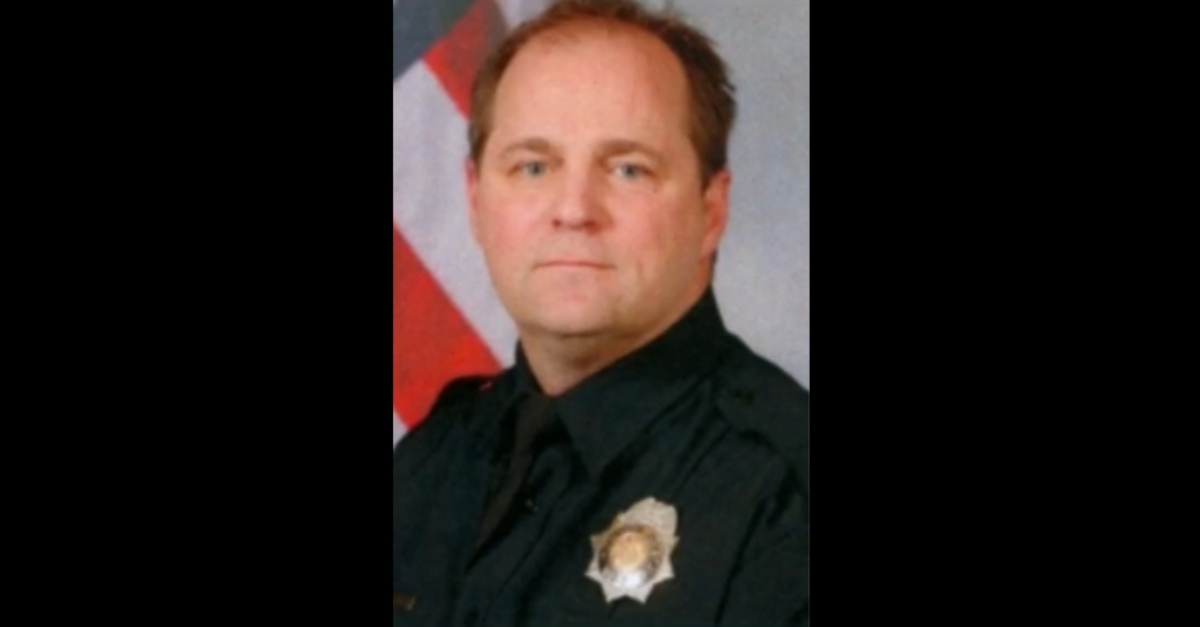 A Denver Police Department law enforcement officer who has been on the force for 17 years is facing an imminent upcoming suspension for conduct directed toward a 17-year-old girl. According to a Department of Public Safety letter obtained by KDVR-TV, Daniel Osman, who is in his fifties, will be off the beat for two 5-day blocks spanning the dates of April 18 through April 22 and May 2 through May 6. He’s said to have engaged in “inappropriate” conduct which was “prejudicial” to the police department.

The alleged behavior started after Osman responded to an alleged theft at a Famous Footwear shoe store, investigators said. The girl worked there as a sales associate. The officer allegedly looked at her Facebook page and told her, “This is a perfect girl for me.”

Osman is alleged to have brought the girl to lunch at a Chipotle location on July 1 after unsuccessfully asking her to go to dinner. At the subsequent lunch, Osman told the teen he was divorcing his wife. The teen reportedly said that he appeared to have directed another comment at her: he said he preferred “Latinas with brown eyes, brown hair.”

According to investigators, a Famous Footwear store manager found Osman’s attention toward the 17-year-old girl to be so worrying that she reported it to another cop. She recounted an instance where Osman allegedly said he and the girl could get to know each other and then “develop something later.”

The report indicates that Osman may have for a time believed the girl was 20. The report suggests the girl may have joked about being 20 in a manner which would have been obvious. Osman, however, admitted he tried to suggest the girl was 20 to the Famous Footwear store manager and that the manager corrected him by notifying him the girl was 17.

Osman denied any wrongdoing but reportedly acknowledged it looked bad for him to be interacting in such an alleged manner with a 17-year-old girl. According to KDVR’s characterization of Department of Public Safety documents, Osman said other officers in his district teased him by calling him a “rapist” and “pedophile.”

No charges have been filed against Osman. To be clear, there is no evidence in available reports to suggest any physical contact occurred between Osman and the teen.

The age of consent in Colorado is 17 where “the actor is at least ten years older than the victim and is not the spouse of the victim.” Other laws forbid “sexual intrusion or sexual penetration” in cases where a perpetrator “causes submission of the victim by means of sufficient consequence reasonably calculated to cause submission against the victim’s will.”

The officer said he never tried to meet with the girl again after the lunch at Chipotle. Texts between the two seemed to have stopped on July 3.

According to the disciplinary letter obtained by KDVR, Osman knew the subject of his attention “was only 17 years old he continued to engage in text messages, continued to bring coffee or energy drinks to the store, and ultimately he took her to lunch. The over-sharing of his personal life with a young woman the age of one of his own daughters is at best inappropriate and at worst, evidence of an attempt to pursue more than a work-based friendship.”

In the end, officials found Osman committed “conduct prejudicial” to the department which necessitated a 10-day suspension.

[via Denver Police Department by way of KDVR-TV]