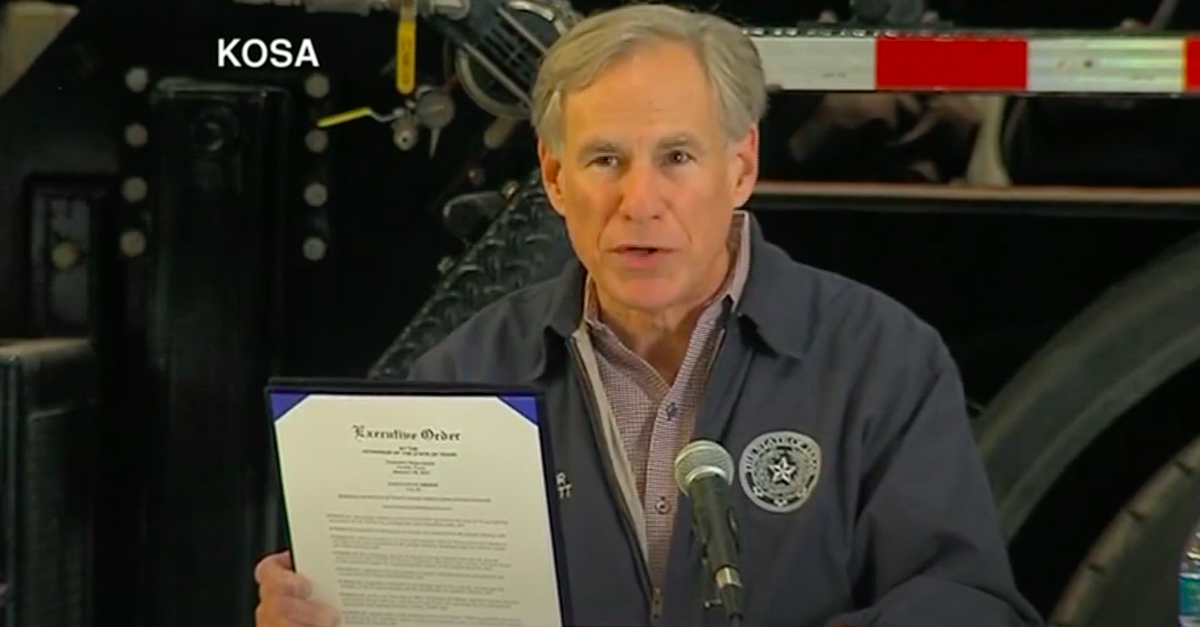 The state that led a failed attempt to overturn Joe Biden’s victory in the 2020 presidential election is now publicly gearing up to fight the 46th president’s administration with every tool at its disposal.

Texas Governor Greg Abbott (R) on Thursday issued an executive order instructing every agency in the state to identify any action by the Biden administration that may have an adverse effect on the energy industry, suggesting that he and indicted Attorney General Ken Paxton (R) plan to sue over any regulations aimed at combatting climate change.

“The men and women who work in the energy industry produce the affordable energy that powers our lives and they are vital to the Texas economy,” Abbott said in a statement. “Texas is a pro-energy state, and we will not sit idly by and allow the Biden administration or local governments to destroy jobs and raise energy costs for Texas families. My Executive Order will help ensure that the federal government cannot take away the livelihoods of Texans who work so hard to provide our state and our nation with the energy we need.”

Abbott said the energy sector is responsible for billions of dollars in taxes and royalties in Texas that were threatened by Biden’s recent decisions to: rejoin the Paris Climate Agreement; revoke the permit for the Keystone XL pipeline; and rescind the 2020 rule rolling back methane control standards. The order further characterized the Biden administration as “extremely hostile toward the energy industry.”

Per the order, Abbott directed “every state agency to use all lawful powers and tools to challenge any federal action that threatens the continued strength, vitality, and independence of the energy industry.”

“Each state agency should work to identify potential litigation, notice-and-comment opportunities, and any other means of preventing federal overreach within the law,” the order continued.

During a press conference that followed a roundtable discussion with oil and gas executives, Abbott said the strategy will mirror the tactics he used against the Obama administration during his stint as Texas’s attorney general.

“When I was the attorney general of Texas, I filed 31 lawsuits against the Obama administration,” Abbott said. “Texas will continue with that litigation strategy to fight back against any efforts by the Biden administration that threaten either the energy sector in general, or jobs in the energy sector, in particular, in the state of Texas.”

Abbott said his executive order was meant to” aid the process” of filing litigation against the federal government.