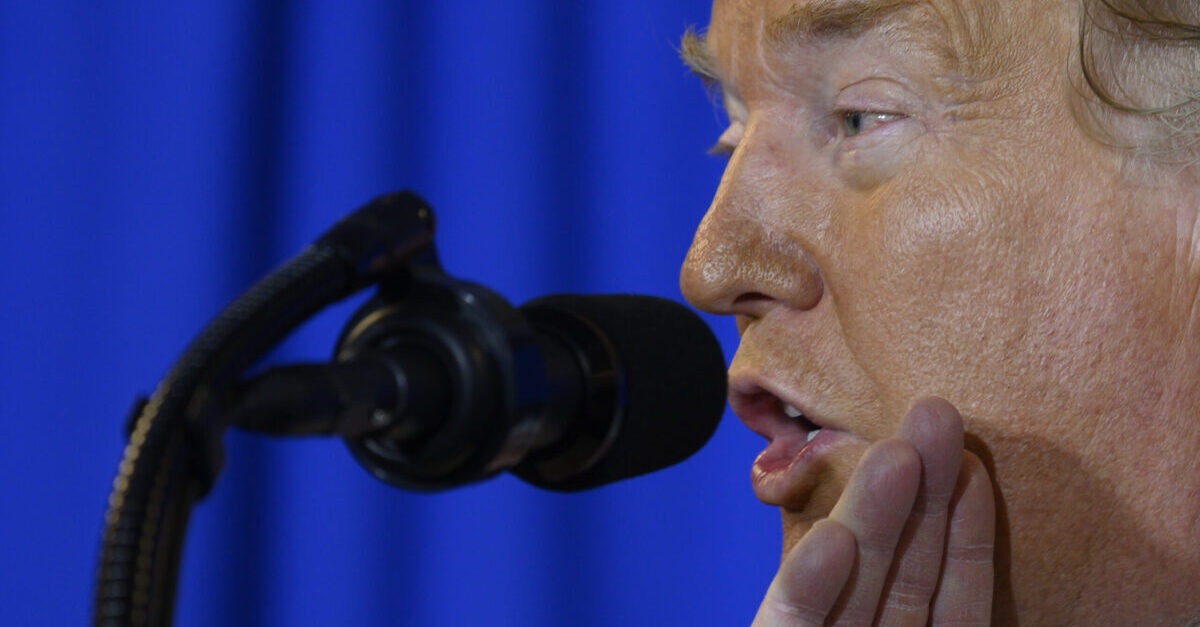 That gambit filled the pages of a federal criminal complaint against its self-described creator Joshua Hall on Tuesday, charging the 22-year-old Pennsylvania man with wire fraud and identity theft.

“Joshua Hall allegedly impersonated family members of the then-President of the United States on social media to fraudulently induce hundreds of victims to donate to a political organization that did not exist, and then pocketed those funds for his own use,” Manhattan U.S. Attorney Audrey Strauss wrote in a statement.

Another imitating Elizabeth Trump Grau even fooled her brother — the then-exiting commander in chief — who reportedly tweeted “LOVE!” in response to a post attributed to her echoing his post-election conspiracy theories.

Hall’s criminal complaint shields all of those names, declining even to mention Trump by name but only describing him as president at the time. (By policy, Southern District of New York prosecutors do not name uncharged people in criminal complaints.)

FBI agent Katrina Laperuta claims that Hall used the Twitter following from these false accounts to encourage Trump supporters to donate to a fictitious political organization. The swindle “yielded thousands of dollars from hundreds of victims located throughout the United States,” the complaint states.

Comparing court papers to the original Times report, the fictitious organization appears to be Gay Voices for Trump, and the article identified Hall as bisexual. The group falsely touted support from Robert Trump, who appears to be listed as “Victim-1” in the complaint.

According to both the article and the complaint, Hall quoted Robert Trump providing the following endorsement: “Josh is doing great work so please give him a follow and support him!”

Described as the president’s minor child, Victim-2 appears to be a clear reference to Barron Trump, to whom Hall allegedly attributed fake endorsements.

“Josh is an amazing patriot who is doing tremendous things for our great country,” the message attributed to Victim-2 read. “He has my COMPLETE AND TOTAL ENDORSEMENT!”

Hall is not the only person who allegedly used social media to dupe donors into parting with pro-Trump cash he later pocketed. He is being prosecuted in the same district where Trump’s ex-campaign strategist Steve Bannon was indicted for allegedly conspiring to defraud donors to the charity We Build the Wall, before being pardoned by his former boss. Bannon’s alleged co-conspirators Brian Kolfage, Andrew Badolato and Timothy Shea are still awaiting trial on allegations that they falsely told donors that every penny of the charity’s donations would go toward crowdfunding a wall on the U.S.-Mexico border.

Echoing the allegations of that case, prosecutors claim that Hall told his alleged marks that he “hadn’t seen a dime of that money personally.”

Represented by federal defender Thomas A. Thornton, Hall was released on a $25,000 personal recognizance bond after appearing on Tuesday in a federal court in Harrisburg, Pennsylvania. His travel has been restricted to the Eastern District of Pennsylvania—and the Southern District of New York, for court appearances only.