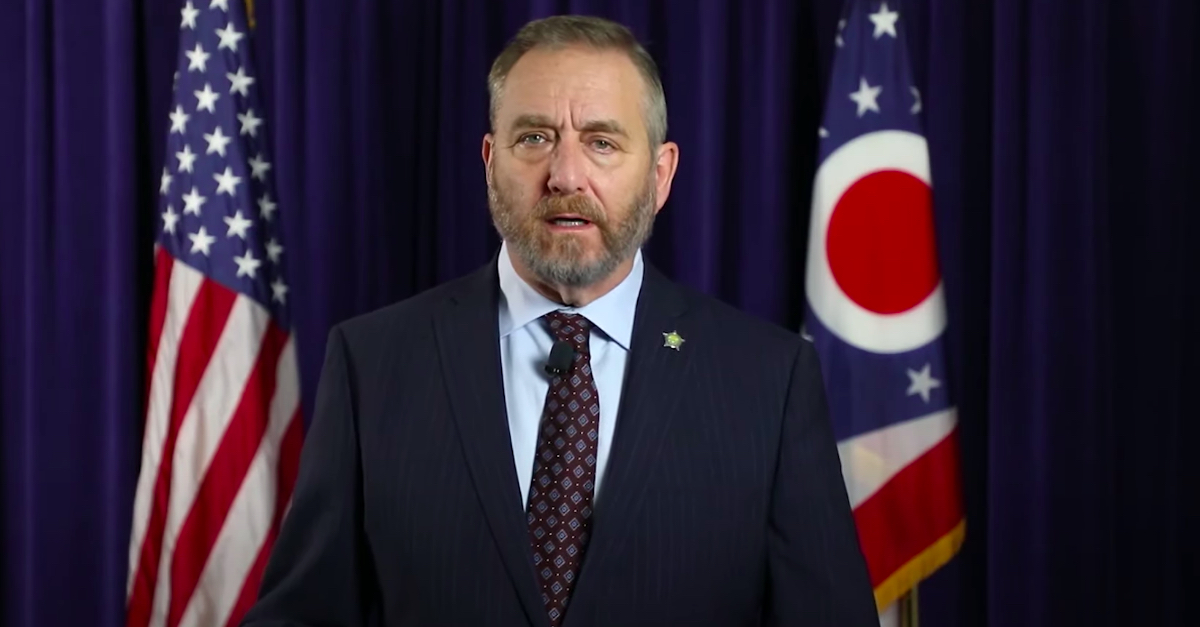 Ohio Attorney General Dave Yost on Tuesday asked a state court to declare that Google is a public utility that cannot manipulate search results to favor its own products and services over others. The Republican filed a 17-page lawsuit that relied heavily on Justice Clarence Thomas’s recent concurrence endorsing a view of internet companies and Big Tech that has steadily gained steam among conservatives in recent years.

The lawsuit, filed in Delaware County Common Pleas Court, asserts that Google’s dominance as an internet search provider is so ubiquitous that the marketplace for competitors is virtually non-existent, rendering it a public utility or common carrier—similar to a gas, electric, or phone companies.

According to Yost, Google structures its search results to specifically disadvantage competitors in facets of its business that are not directly related to internet search results by directing users to Google-owned platforms like YouTube, Google Flights, Google Maps, Google News, Google Shopping, and Google Travel. Yost also alleges that Google presents its own integrated products “in enhanced ways” that are designed to capture more clicks than its competitors, regardless of where the competitor’s product would be ranked in an “organic search,” meaning results that appear strictly based on the relevance of the terms searched.

In bolstering his legal argument, Yost repeatedly cites to Justice Thomas’s concurrence in Biden v. Knight First Amendment Institute, which put an end to a lawsuit challenging then-President Donald Trump’s then-ability to block critics on his personal Twitter account. The justices unanimously vacated a lower court’s decision which held that Trump’s blocking of Twitter users violated the First Amendment and ordered the case dismissed as moot. But more significantly, Justice Thomas suggested that powerful internet companies should be stripped of their First Amendment rights because “digital platforms that hold themselves out to the public resemble traditional common carriers.”

“Justice Thomas recently stated, ‘[t]here is a fair argument that some digital platforms are sufficiently akin to common carriers or places of accommodation to be regulated,’” Yost wrote. “Justice Thomas went on to explain, ‘[t]he analogy to common carriers is even clearer for digital platforms that have dominant market share. … Google search—at 90% of the market share—is valuable relative to other search engines because more people use it, creating data that Google’s algorithm uses to refine and improve search results.”

In a statement to Law&Crime, Google, calling Yost’s lawsuit meritless, said its search is designed to provide users with the most relevant results.

“Ohioans simply don’t want the government to run Google like a gas or electric company,” the company said. “This lawsuit has no basis in fact or law and we’ll defend ourselves against it in court.”