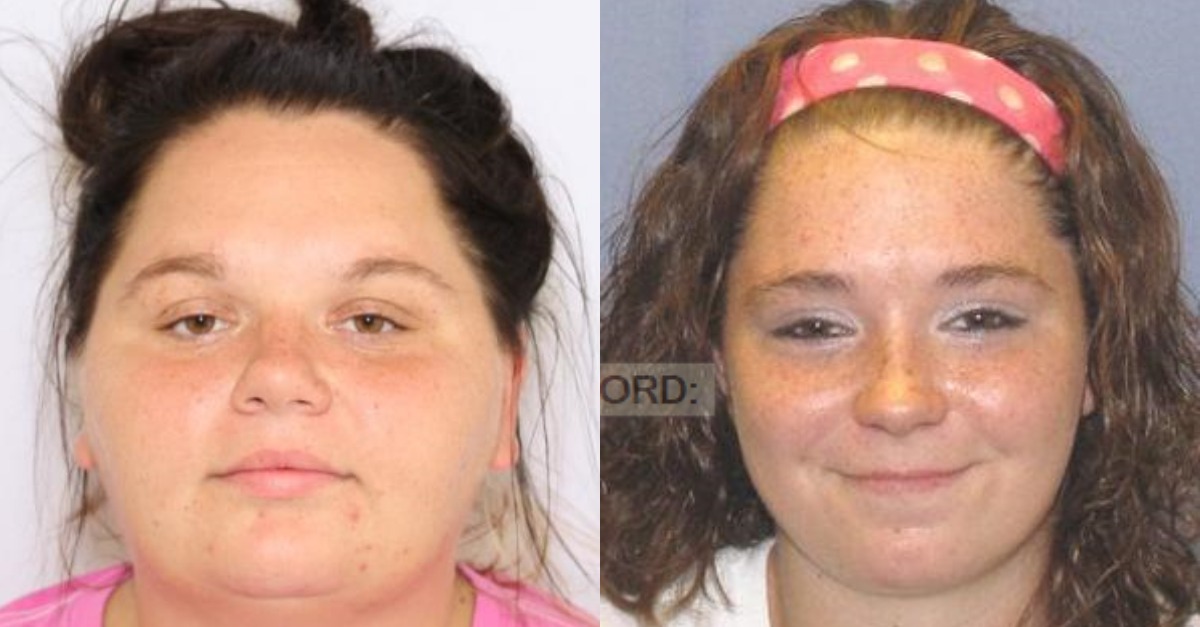 Two sisters in Ohio, wanted for allegedly shooting BB guns at several homeless people in Cincinnati earlier this month, turned themselves in on Tuesday.

Kelsey Hopper, 28, and Brittany Hopper, 29, surrendered themselves to law enforcement the day after the Cincinnati Police Department charged the pair in connection with the series of attacks.

Each of the Hopper sisters was charged with three counts of assault each for firing a BB gun at two people in the Queen City’s Over-the-Rhine neighborhood during the early morning hours of June 3.

Last week, the CPD released surveillance footage which they alleged showed a multi-colored Hyundai Sonata containing the Hoppers and an unidentified man shooting at people experiencing homelessness in at least four separate locations, according to local radio station WBAL.

Police believe the car was spray-painted various colors in a failed attempt to camouflage the vehicle.

“If you watch the video, you’ll see them engage them with a BB gun, and then I think the passenger passed the BB gun to a passenger,” CPD Sergeant Rob Shircliff said. “They had pulled off and actually backed up for some more. They just don’t care about hurting people.”

Police say that two of the people targeted by the Hoppers and the man suffered minor injuries as a result of the shooting spree.

“When you have defenseless victims, people who are literally sleeping, and you have people that want to assault people that are not provoked and not able to defend themselves,” Shircliff added–expressing his disgust for how people who were completely unaware got hurt. “I don’t think they really cared too much who they were targeting.”

Brandon Hughes, who is not homeless, was also shot by the BB gun. The restaurant owner now has a metal pellet lodged in his neck.

“It’s been traumatic for me,” he told local CBS/CW affiliate WKRC. “It took a week that I should be celebrating and put a huge damper on it, and my neck also hurts a lot, still.”

Hughes was attacked after one of the female assailants asked him for directions, he said, just after he finished closing up shop one night.

“And again, I am saying, ‘Yeah, you take a left here,’ and the back seat passenger pulls a gun out and shoots me,” Hughes said–clarifying that he was personally shot by the man involved. “I was just trying to do a nice thing for somebody and got popped for it. Doesn’t make any sense to me. Then, my girlfriend starts freaking out and says, ‘You are bleeding.’ And I was like, ‘What?’ And that’s when I realized I had gotten shot. Within 60 seconds, there are cop cars and fire trucks and ambulances.”

Police said they were quickly able to identify the Hoppers and tweeted about them on Monday afternoon–imploring them to face the music.

We are hopeful that Brittany and Kelsey Hopper do the right thing and turn themselves into District One (310 Ezzard Charles Dr.) Thank you again for helping us ID those responsible in last week’s incredibly senseless crimes. pic.twitter.com/WK6zaieQzA

“We are hopeful that Brittany and Kelsey Hopper do the right thing and turn themselves into District One,” the tweet said. “Thank you again for helping us ID those responsible in last week’s incredibly senseless crimes.”

The grandmother of the two women said she was distraught.

“I can’t believe they did that,” the grandmother added–noting that each Hopper has three children apiece. “They’re grown adults with babies. On top of that, how would they like somebody doing that to their kids. That’s not right. They need to pay for what they did. They really do. Because they wouldn’t like nobody doing that to their family.”