Trump’s Attorney Makes ‘Patently Offensive’ Claim That Voiding Elections in Wisconsin Would Be Like Brown v. Board of Education 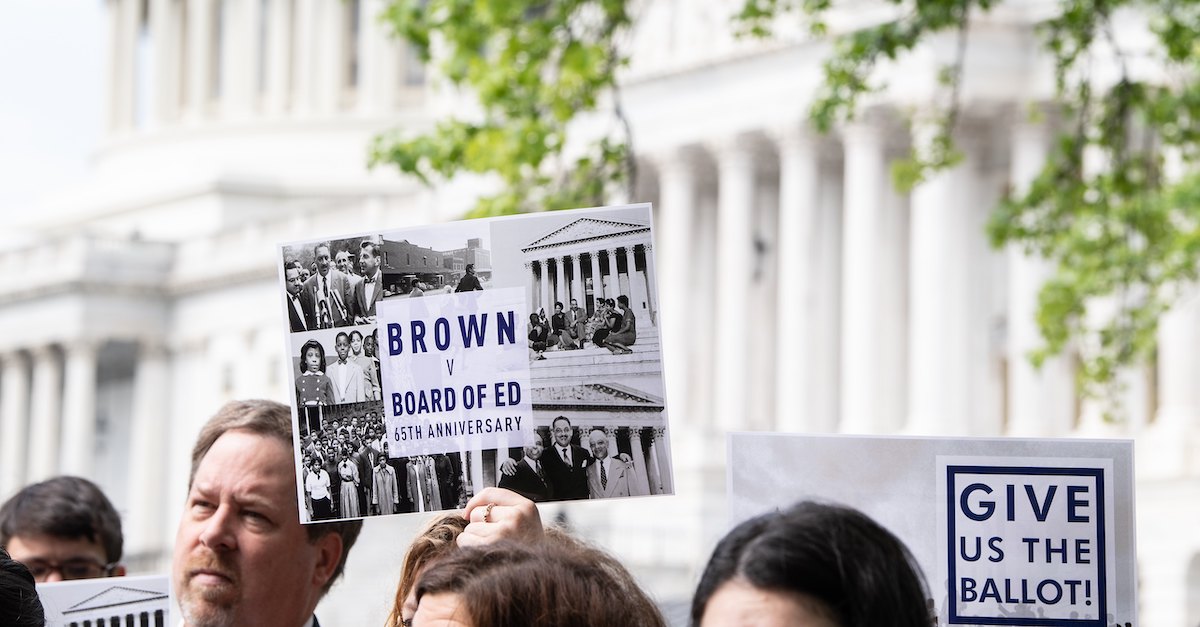 In citations providing a textbook definition of the word chutzpah, outgoing President Donald Trump’s attorney told a federal judge on Thursday that a ruling voiding federal elections in Wisconsin would rank in the annals of legal history among Brown v. Board of Education and Loving v. Virginia.

Such a ruling would ignite “howls of protests” but ultimately lead to “greater freedom,” Trump’s attorney Bill Bock III declared.

Trump’s legal offensives across the country have involved scorched earth campaigns to discredit voting procedures in counties where the majority of a state’s Black people live. That has been true in Wisconsin, where Trump has targeted Milwaukee and Dane Counties—just like his grievances about Wayne County in Michigan and Fulton County in Georgia.

Just as they have in other states, the NAACP—whose attorneys Joseph Goode of the firm Laffey Leitner & Goode LLC and Jon Greenbaum from the Lawyers’ Committee for Civil Rights Under Law appeared in court—has opposed Trump’s litigation in Wisconsin because of the president’s threats to Black voters.

“What we have seen is part of the strategy to go after the Black vote,” the group’s counsel said, calling Bock’s Supreme Court citation “patently offensive” in light of this strategy.

Through the Orwellian lens of Trump’s legal team, that legal strategy ranks up there with the Supreme Court’s watershed rulings desegregating U.S. schools and striking down laws against miscegenation.

And in sharp contrast to Trump’s rhetoric, Bock’s breathtaking request for U.S. District Judge Brett Ludwig to declare Wisconsin’s election “void” does not involve any allegation that fraud occurred anywhere in the state. Ludwig, a Trump appointee, previously called Trump’s request “odd” and seeks “the most remarkable ruling in the history of this court or the federal judiciary.”

“Proof of fraudulently cast ballots is not necessary,” Bock insisted, arguing instead that all that is needed would be showing Wisconsin law was not followed.

The voting procedures under dispute were approved by the Supreme Court of Wisconsin.

Wisconsin Gov. Tony Evers (D) previously denounced Trump’s lawsuits as a “shocking and outrageous assault on our democracy” in a legal brief emphasizing its focus on areas with the state’s ethnic minorities. Evers’ counsel Jeffrey Mandel did not mince words, either.

“What President Trump seeks here is profoundly anti-democratic and unconstitutional,” he told the judge. “The court should reject it.”

Daylong proceedings ended without a ruling.