The FBI Called QAnon a Threat, But Georgia Ended Up with a Conspiracy Theorist in Congress Anyway 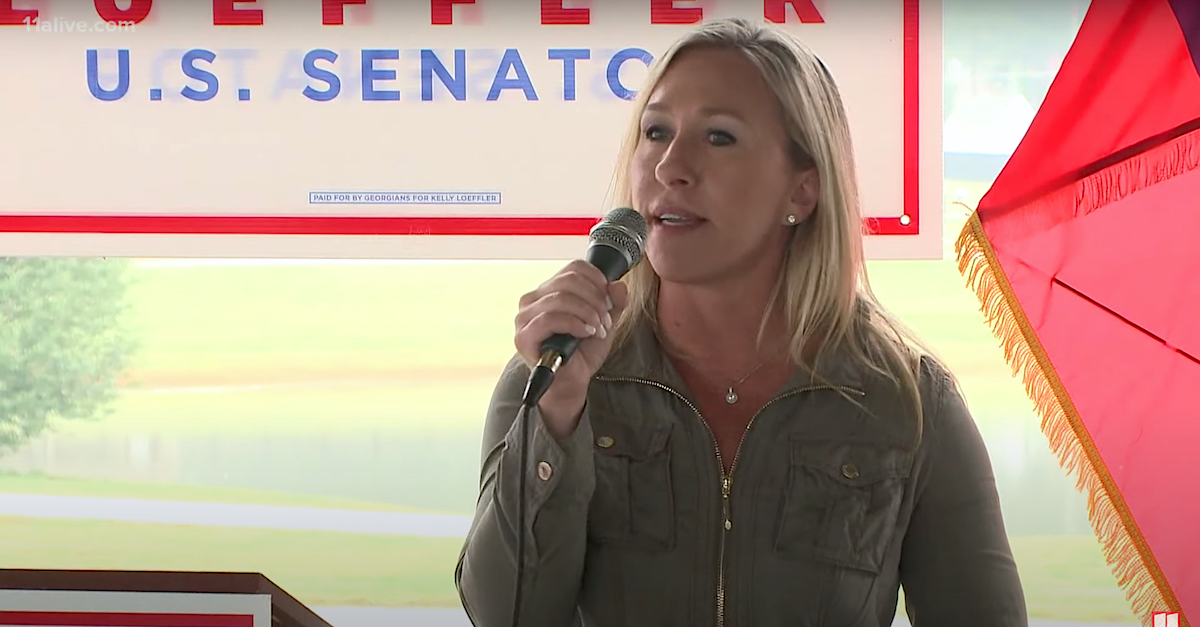 QAnon promoter Marjorie Taylor Greene is about to give an internet conspiracy theory a seat at the congressional table.

Greene has openly supported the fringe far-right-wing conspiracy, which posits that President Donald Trump is battling a worldwide deep-state-led sex trafficking ring led by Satan-worshiping pedophiles who are keen to stymie Trump’s efforts. Greene is also poised as of election night to win in Georgia’s 14th congressional district. Bear in mind that the FBI has reportedly called QAnon a domestic terrorism threat.

Early returns indicated that Greene was poised to throttle Democratic party opponent Kevin Van Ausdal by an approximate margin of 75% to 25% with 66% of precincts reporting results. Even if Van Ausdal were to pull off a major come-from-behind victory, it wouldn’t matter: as Forbes noted, he “dropped out just 31 days into the race” amid a divorce-driven housing dispute. His name remained on the ballot, however, even though he extracted himself from the contest.

Among the recent milestones along the way of Greene’s ascension to Congress were a conversation between Greene and her lawyer about a journalist–with the journalist apparently accidentally left on the text string. She also managed to become embroiled in a defamation lawsuit for commenting on an employment matter loosely connected to the Rayshard Brooks shooting.

Greene trashed Congress for voting on a resolution to condemn the QAnon movement—even after she attempted to distance herself from her past support of QAnon.

“There’s no reason for a resolution to condemn non-existent violence from folks talking about the VERY REAL Deep State and the attempted coup on President Trump on the internet,” Greene told Fox News in a statement reported on Oct. 2.

Greene has repeated and promoted QAnon theories and phrases, praising the mythical Q as a “patriot” in a video from 2017 and describing the conspiracy theory as “something worth listening to and paying attention to.” She added, “He is someone that very much loves his country, and he’s on the same page as us, and he is very pro-Trump.”

Greene has also faced a backlash over the revelation of past Islamophobic and anti-Semitic comments, including saying that there is “an Islamic invasion into our government offices,” and calling the progressive billionaire activist George Soros, who is Jewish, a “Nazi.”