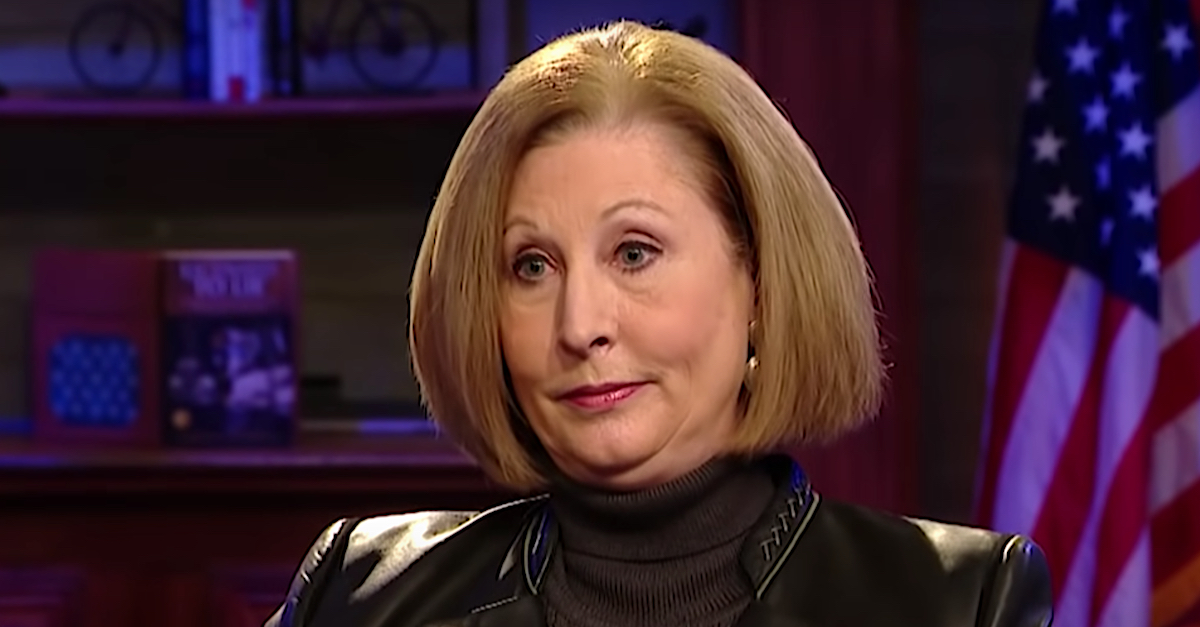 An attorney representing Sidney Powell‘s side of a case that fought the outcome of the 2020 presidential election trashed both the press and the government Friday in yet another set of court papers aimed at avoiding sanctions against the lawyers who pressed the original pro-Trump, pro-Republican litigation.

Powell’s so-called Michigan “Kraken” case, styled as King v. Whitmer in U.S. District Court for the Eastern District of Michigan (Southern Division), has devolved into a frenzied fight to determine who should pay for the vexatious litigation — and whether further punishments are due. The government defendants, nominally led by Michigan Gov. Gretchen Whitmer, a Democrat, want Sidney Powell and other plaintiffs’ attorneys to pay with money and with their careers.

“While it has always been clear that no reasonable person, after any due diligence, would conclude that the claims made in this litigation were ‘truly statements of fact,’ the astounding admissions by Sidney Powell leave no room for doubt that she and all of the attorneys on her team should bear the costs of this litigation and should be barred from practicing in any federal or state court,” said court papers filed Friday by the City of Detroit. Those papers followed similar arguments from the other government defendants.

The governments springboarded their arguments off of Powell’s defensive posture in a lawsuit filed by Dominion Voting Systems that “no reasonable person” would have believed that her election conspiracy theories were, indeed, “statements of fact.” Dominion’s legally separate but factually connected $1.3 billion defamation lawsuit remains in its early stages, but it has already caused serious side effects on the Kraken case.

As Law&Crime previously reported regarding that defamation case:

In her motion to dismiss, Powell does not argue that the statements were true. She claims they are not actionable because they are protected statements of political opinion.

“Reasonable people understand that the ‘language of the political arena, like the language used in labor disputes … is often vituperative, abusive and inexact,’” her motion to dismiss argues. “It is likewise a ‘well recognized principle that political statements are inherently prone to exaggeration and hyperbole.’”

Government attorneys in the Michigan Kraken elections case were quick to seize on Powell’s defense tactics in the Dominion defamation case.  Their argument is that if Powell’s election claims weren’t “statements of fact,” then her Kraken lawsuit, ergo, was legal garbage for which Powell must now pay.

An attorney representing Powell’s side of the case attempted to rubbish the government’s logic on Friday. Here’s her team’s argument, which — in essence — is that Powell’s statements in connection with the election were merely opinions that just so happened to be supported by other people’s “exhibits, scholarly articles, government sources,” and the like (some internal quotations and legal citations omitted):

“Defendants’ argument is that a Sydney Powell “all but admits that she and her co-counsel here have engaged in sanctionable conduct before the court.” Defendants’ new argument fails for the reasons set forth in this brief.

In its lawsuit against Ms. Powell, Dominion claimed that Ms. Powell made false and defamatory statements about its voting machines and software used in the 2020 general election through a number of tweets and appearances on television and radio, and at rallies and press conferences. Ms. Powell moved to dismiss the complaint . . . arguing, among other things, that she cannot be held liable for defamation because all her statements were based on facts she had presented to courts around the country through sworn affidavits, declarations, expert reports and documentary evidence. In her brief, Ms. Powell was making that point that as a matter of law, opinions are not statements of fact. This is a simple concept that is part of well-developed federal jurisprudence. Indeed, based on case law, Ms. Powell’s statements are not legally considered “fact.” Rather, by placing her statements in the broad and specific context of political debate, there are legally considered “opinion.”

Later in the document, the Kraken legal team suggested that it should be off the hook for sanctions because the original election lawsuit contained underlying supporting documents upon which nothing more than the Kraken team’s opinions and interpretations were drawn:

When the bases for . . . the conclusion are fully disclosed, no reasonable reader would consider the [conclusion] anything but the opinion of the author drawn from the circumstances related. Because the reader understands that such supported opinions represent the writer’s interpretation of the facts presented, and because the reader is free to draw his or her own conclusions based upon those facts, this type of statement is not actionable in defamation.

Plaintiffs submitted hundreds of pages of exhibits, scholarly articles, government sources, Congressional statements and sworn declarations and affidavits from both fact witnesses and experts in support of their claims.

Recall that the cited supporting materials were roundly debunked by federal judges as not strong enough to even let the cases proceed.

The Kraken team’s Friday document also contained thrashing of “the media” (though no citations to any specific reports were made) by Powell’s team over the way the press reported Powell’s response to the Dominion defamation case.

The national media misunderstood [Powell’s defense tactic] and widely panned it as “an admission.” Of course we should expect this from the media. However, the State Defendants know better. Rather than accept the statement as a legal arguments – for which it was intended in the context of a legal documents – the State Defendants have now contrived a so-called “admission” from the Dominion brief that says Ms. Powell concedes that her election fraud theories were not believable, or that she never investigated the claims she brought in this court.

The Kraken team then accused the government defendants (who are asking for sanctions) of “intentionally mislead[ing]” the court by characterizing Powell’s defamation defense as an “admission” that her core election claims were factually shaky. The team then boldly told the court that the government should be sanctioned for thus failing to distinguish between “opinion” and “fact.”

The State Defendants’ attorneys should know better; and indeed, should be sanctioned for filing this frivolous brief based on the intentional misrepresentation of a legal argument. As explained herein, the snippets of partial sentences and paragraphs taken out of context by the State Defendants to sow a false narrative and a phony argument do not support their frivolous motion for $11,000 in sanctions. These State Defendants have actually engaged in the very same conduct they try to condemn. They pathetically believe that such malicious and unethical conduct will bolster their political careers. This Court should not be misguided by the State Defendants’ continued frenzy of frivolous and repetitive filings, even though, sadly enough, they are brought by the highest officers in the state.

“The Dominion Action involves claims of defamation and deceptive trade practices – claims entirely separate, on law and on the facts, from the matter before this Court,” the Kraken team continued. Further down in the document, the team suggests that “lawyers involved in fast-moving litigation concerning matters of transcendent importance, who rely on sworn declarations, are entitled to no less protection than journalists” covering breaking news.

“In sum, there is no admission by Ms. Powell in the Dominion Action that the facts presented to this Court were false or non-believable,” the document says. “There is no admission that Ms. Powell failed to investigate the facts before bringing this case.”  A recap of why the litigation was, in essence, allegedly no big deal (for the purpose of sanctions) then ensued:

This action was commenced by a complaint filed on Wednesday evening November 25, 2020, Thanksgiving Eve, and amended on Sunday November 29, 2020. The case was effectively ended by the court’s decision on December 7, 2020, which held, among other things that plaintiffs lacked standing and hence this Court has no subject matter jurisdiction. There simply is no way, under these undisputed facts, that counsel multiplied the proceedings “unreasonably and vexatiously.” None of the cases cited by Defendants come within miles of imposing sanctions on the facts we have here.

Elsewhere in the document, Powell’s team frames the original Kraken case as a constitutionally protected attempt to “[p]etition the government for grievance,” citing the First Amendment.  Because the speech is therein protected, the Kraken team claims, no court can issue sanctions against it.

The document was signed by attorney Stefanie Lambert Junttila.

Read the full arguments below:

Read the City of Detroit’s brief argument in support of treating the defamation defense as an admission for sanctions below: