‘She Did Not Deserve This’: Son of Multimillionaire Pleads Guilty in 106 MPH Fatal Crash That Killed Woman 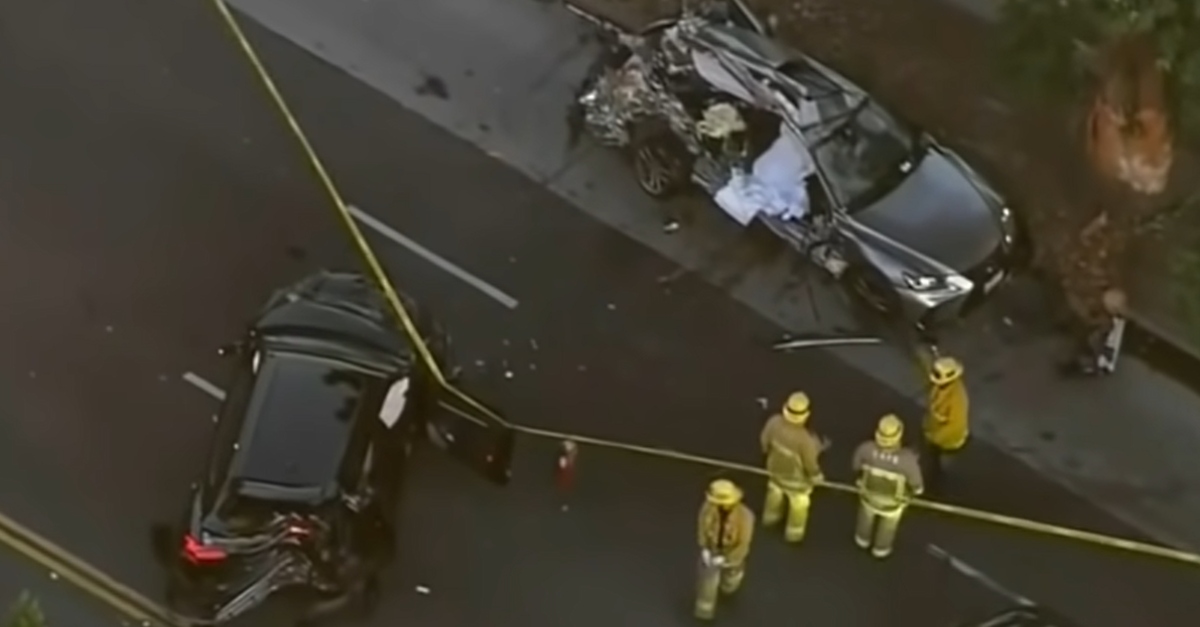 A 17-year-old son of a multimillionaire pleaded guilty on Friday in a fatal Feb. 17 crash that took the life of Monique Muñoz, 32. The defendant, who has not been named because he is a minor and is not being charged as an adult, crashed his Lamborghini SUV into Muñoz’s car at the intersection of Olympic Boulevard and Overland Avenue, according to cops in a KTLA report. The crash was so bad that the victim’s vehicle was nearly split in half, said LAPD Capt. Brian Wendling.

“She really did have a heart of gold,” Monique’s brother Phillip Muñoz said, according to L.A. Taco. “She did not deserve this. No one does.”

Monique was an administrative assistant at UCLA’s Beverly Hills oncology department. She had been heading home from work when the crash happened.

The incident followed a pattern of reckless driving by the defendant. Prosecutors said he had been stopped twice for speeding before, in one instance going 72 miles per hour on city streets. His provisional driver’s license had been suspended.

He had been going 106 miles per hour when he hit Muñoz’s vehicle, authorities said in a Los Angeles Times report. Prosecutors described him as “racing” a female friend. Wendling has said they did not think he was street racing, and the teen’s defense lawyer Mark Werksman also disputed the state’s description of events.

Muñoz’s family demanded a tough punishment throughout the case. They voiced frustration at the gap between the fatal incident on Feb. 17, and the time it took for a formal criminal case to be implemented.

“We know that there’s a process and that has to happen and we are letting that happen,” cousin Stephanie Crespin said, according to KABC in a March 14 report. “We just want justice. We want there to be appropriate charges that reflect that there was a life that was taken.”

Here’s our full story: The son of an L.A. multimillionaire admits to being behind the wheel of the Lamborghini that killed Monique Munoz in West L.A. earlier this year. Prosecutors confirmed the teen was driving at 106 mph when the fatal wreck occurred. https://t.co/KUoD3I5e7h

Here at the Inglewood Juvenile Court, where the 17-year-old son of a wealthy L.A. entrepreneur who allegedly struck and killed Monique Munoz with a Lamborghini will appear. Protesters are outside, with some holding signs saying he should have been charged as an adult. pic.twitter.com/pl2ydO9Rgt

“There are no words I can say to alleviate the pain that you are experiencing,” he wrote. “And I realize none of my words or actions will be able to bring back your daughter. Still, I want to offer my support in any way you will allow me to. My family and I pray for the Munoz family.”

“I’ve seen the interview of the father trying to apologize and give me his sympathy, but no, that’s too fake,” said Monique’s mother Carol Cardona. “He has yet to say anything to me, to us. If he were really sorry, he would have reached out when it all happened.”

“What we want, as far as justice is concerned, we want him to go to prison and understand the consequences of his doing,” he said outside court on Friday. “I want his father to feel his son gone for years because Monique is gone for life.”

Sentencing is set for June 30 on a charge of vehicular manslaughter with gross negligence. Khuri has said his son sustained brain damage in the crash. Authorities said the defendant went to the hospital with moderate injuries.

Werksman said in court on Friday that his client took full responsibility.

“He is extremely remorseful and has admitted the juvenile petition in order to demonstrate his remorse and his willingness to accept the consequences of his actions,” he said.