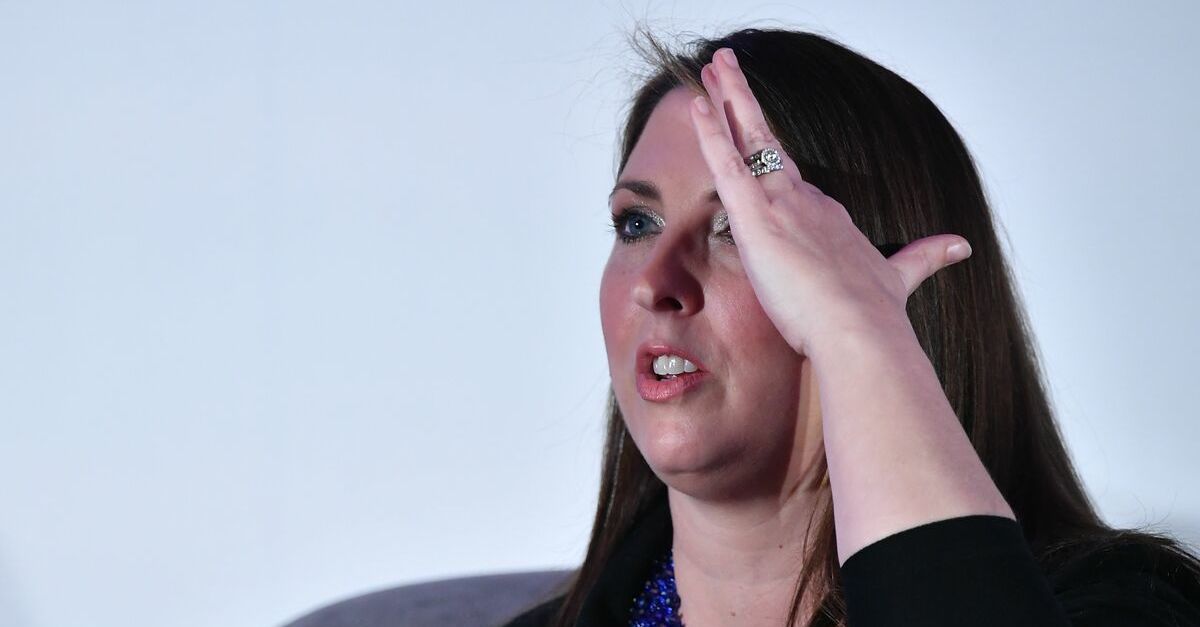 Republican National Committee (RNC) Chair Ronna McDaniel blasted the recent push for all-mail voting during a recent radio interview by citing the potential for “fraud” due to “ballot harvesting.” Left unsaid by McDaniel: two of the most egregious electoral fraud schemes in recent memory were committed by Republican operatives.

The GOP leader brought up the issue during a Wednesday appearance on The Dom Giordano Program.

“So ballot harvesting is an activist knocks thousands and thousands of doors and picks up people’s ballots and turns them in, in big bunches,” McDaniel noted. “But think about that. They go to nursing homes and grab ballots. So there is just a lot of room for fraud and that’s the thing that concerns me.”

Are there a lot of great people doing the right thing trying to help the election? Yes, but there are people who are taking people’s ballots and not safeguarding them the way they were. And we should have faith in our election system. In this kind of uncertainty, the one thing we should have faith in is that these elections are being conducted in a fair and free and full of integrity way.

During the 2018 midterm election, GOP ballot harvester Leslie McCrae Dowless handed Mark Harris an election night victory. The Republican Party’s apparent win was quickly snatched away, however, as members of the Dowless-Harris team quickly fessed up to illegally collecting ballots. In North Carolina, only designated relatives are allowed to collect another voter’s absentee ballots.

Allegations and evidence quickly piled up that not only were ballots unlawfully harvested in the first place, but some of those local Republican operatives also altered ballots and destroyed them when the choices couldn’t be flipped from Democrat to Republican. Local county boards refused to certify the results. At least one county board’s results were overturned. In the end, the state board of elections refused to certify the race and a new election was held.

After all that, Tarheel voters did return a Republican to Congress.

Of more recent vintage is a similar set of shenanigans that allegedly occurred in Florida earlier this year.

According to the New York Times, Cheryl Hall is a stalwart supporter of President Donald Trump and an apparatchik working for a dark money group directly connected to the president’s 2020 campaign manager. That group, Florida First Inc., is part of a $20 million effort to register Republican voters for the fall election.

Florida First doesn’t advise employees to alter voter registration information, but according to Sunshine State election authorities, that’s exactly what Hall did. In early March, she was slapped with 10 felony charges after allegedly switching the party-affiliations of 10 Independents and Democrats to Republicans. And she’s suspected of improperly filling out registrations for some 100 additional voters.

In the interest of fairness to McDaniel, Law&Crime has also reported on Democratic fraud as well.

Onetime Southfield, Michigan city clerk Sherikia L. Hawkins was charged with six felony counts related to election fraud in September 2019. Initial reports were vague as to what occurred but the eventual release of an affidavit cleared things up about Hawkins’ alleged effforts.

“There were no races that were won or lost as a result, and there were no voters that were disenfranchised,” Michigan Secretary of State Joceyln Benson said during a press conference. “All valid votes in the election were ultimately counted, and the final official vote total was accurate.”

Late last month, President Trump offered his opinion on why the vote-by-mail movement had to be defeated.

“[I]f you ever agreed to it, you’d never have a Republican elected in this country again,” the president said.