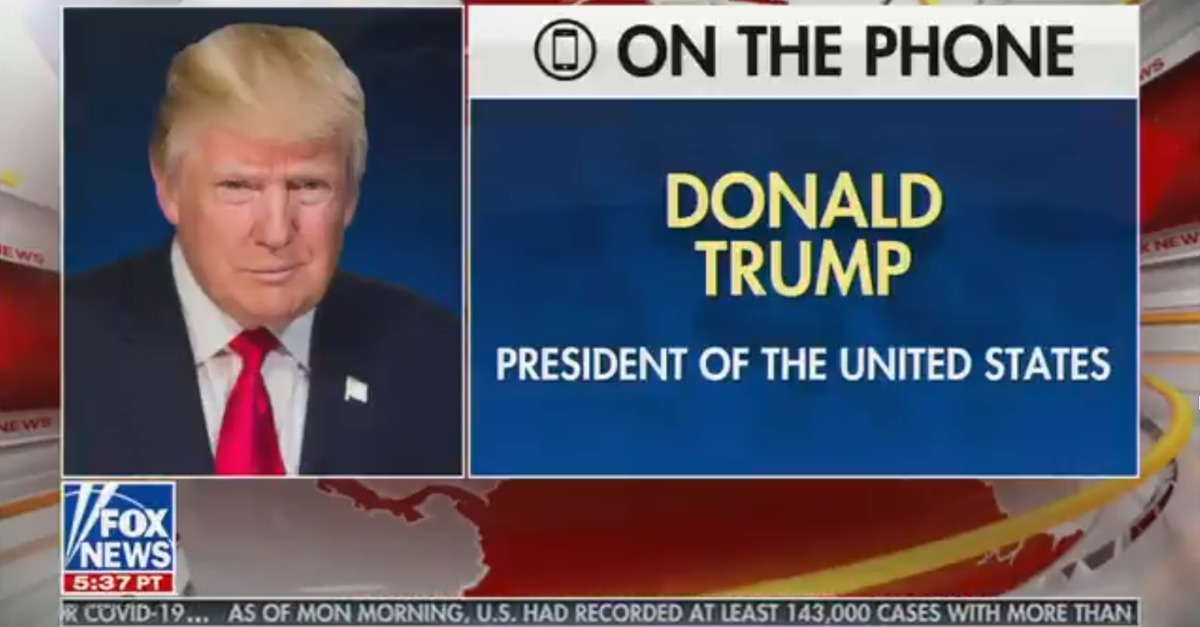 President Donald Trump offered an assessment of a national vote-by-mail standard during a Fox News interview on Monday morning, saying that if such a provision made it into the COVID-19 stimulus bill–as Democrats hoped–Republicans would never win an election again.

“The things they had in there were crazy,” Trump said of easily-defeated Democratic Party requests to fund a vote-by-mail system during an appearance on Fox & Friends. “They had things–levels of voting, that if you ever agreed to it, you’d never have a Republican elected in this country again.”

Trump: “The things they had in there were crazy. They had levels of voting, that if you ever agreed to it you’d never have a Republican elected in this country again.” pic.twitter.com/x5HmX6uogo

Trump was alluding to the initial draft of the $2.2 trillion novel Coronavirus (COVID-19) economic rescue package passed late last week. Democrats initially suggested funds that would establish an all-mail ballot. That did not happen.

“They had things in there about, you know, election days, and what you do, and all sorts of claw-backs,” the 45th president continued. “They had things that were just totally crazy.”

Ballots are mailed out well ahead of Election Day, and thus voters have an “election period,” not just a single day, to vote. All-mail elections can be thought of as absentee voting for everyone. This system is also referred to as “vote by mail.”

While “all-mail elections” means that every registered voter receives a ballot by mail, this does not preclude in-person voting opportunities on and/or before Election Day. For example, despite the fact that all registered voters in Colorado are mailed a ballot, voters can choose to cast a ballot at an in-person vote center during the early voting period or on Election Day (or drop off, or mail, their ballot back).

Trump’s comments, therefore, fit neatly in line with the common wisdom and logic surrounding efforts to let Americans vote in the easiest way possible. Ease of voting increases turnout. And, the assumption goes, higher turnout always helps Democrats–though that’s not technically true. Utah, which elects Republicans to most federal offices–and to all state offices–is also a vote by mail state.

Still, the president and many of his opponents accept the notion.

“[H]elpful of [T]rump to just say ‘making it easier to vote doesn’t help [R]epublicans so we shouldn’t do it,'” New York Times opinion columnist Jamelle Bouie noted on Twitter.

“Trump saying quiet part out loud, admitting that if more people vote, Republicans lose,” tweeted voting rights historian Ari Berman. “This is why Republicans in states like Wisconsin are refusing to mail ballots to every registered voter. This will be GOP playbook for November.”

“The official position of the Republican Party for decades has been that they can’t win if people vote,” noted former Barack Obama strategist Dan Pfeiffer via Twitter. “Trump is just dumb enough to say it out loud.”

Trump actually isn’t the only member of his party to accept the general outlook on what vote-by-mail and increased voter turnout would mean for the Republican Party. In fact, the president’s latest least favorite member of Congress–and the ill will is reciprocal–recently expressed a similar sentiment, in decidedly more eschatological terms.

Universal vote by mail would be the end of our republic as we know it. https://t.co/NSqodOXsxx