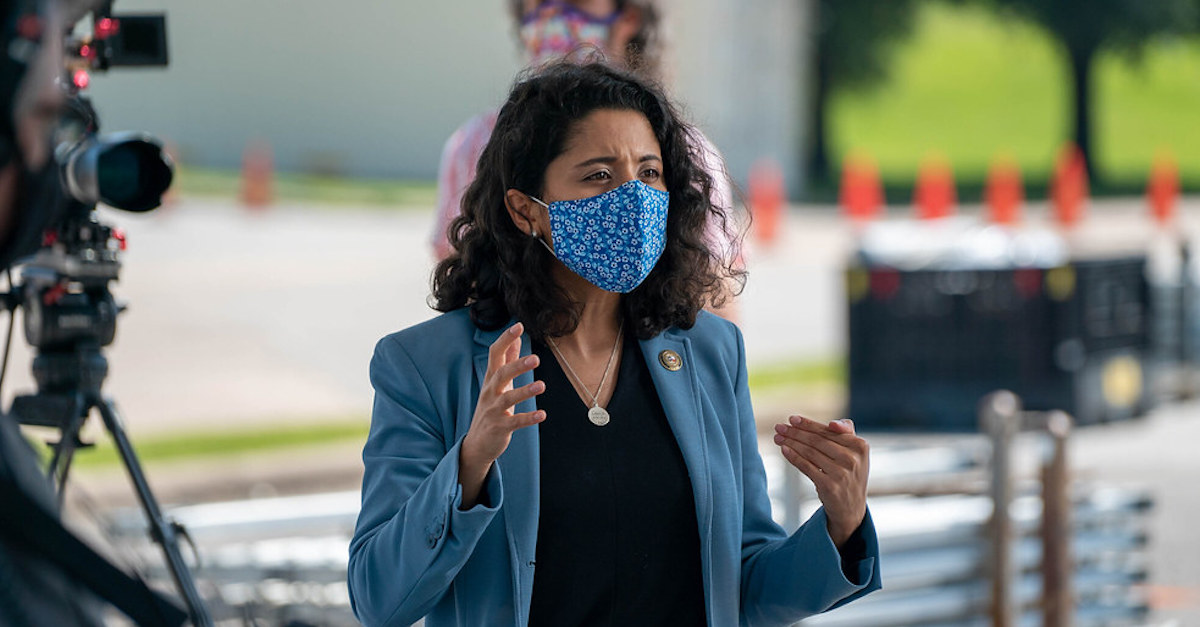 HOUSTON — The second state in the nation to surpass 2016 ballot totals in early voting alone, Texas stunned many pollsters unused to seeing the Lone Star State viewed as a toss-up in a presidential race. The state’s most populous county also saw a surge due to, in large part, the efforts of a 29-year-old Democratic rising star who dramatically expanded voting access.

Lina Hidalgo, who defeated an 11-year incumbent to become Harris County Judge in 2018, exploded into national prominence as the Democratic official who boosted the county’s election infrastructure from an underfunded $4 million budget to a robust $31.4 million machine for reducing wait times, educating the electorate and implementing initiatives for voters to safely cast their ballots during a pandemic. Houston, its county seat, is the fourth largest city in the nation.

“We obviously were hoping for a lot more turnout, and we were expecting turnout because of the importance of this election,” Hidalgo told Law&Crime in a phone interview. “But we blew past even our most optimistic projections. And it’s a beautiful thing to see.”

Along the way, Hidalgo helped Houstonians re-imagine the mission and purpose of a “county judge,” a nonjudicial position akin to the county’s chief executive.

“I was running on a platform of criminal justice reform and early education and environment,” Hidalgo said, describing that platform as a departure from the bygone days of a county judge as the official who popped up after a hurricane.

When she first burst upon the scene, Hidalgo recalled people telling her: “Well, that’s not what the county judge does.”

No astute observer says that anymore, as Hidalgo reinvented the office to one nationally recognized for upgrading election infrastructure and helping local communities respond to COVID-19. Both efforts have earned Hidalgo opponents among Texas Republican leadership. Texas Gov. Greg Abbott (R) stymied local efforts to keep the virus under control in the early stages of the pandemic.

“We flattened the curve, and then before we could crush it, the governor stripped away my authority and ordered things back open,” Hidalgo recalled. “Long story short, you know, big crisis in June and July.”

On Saturday, Texas overtook California as the state with the most coronavirus infections. The governor’s office did not immediately respond to an email requesting comment, but other Republican-led efforts barely put a dent on Hidalgo’s ambitious agenda.

Republican efforts to curtail Harris County’s expansion of ballot-access protections have largely failed, but not for lack of trying.

Hours before her interview with Law&Crime, Republican operatives lost again in their ongoing effort to invalidate six figures of ballots cast through her newly established drive-thru voting. The lawsuit challenging the curbside voting system has failed before every state and federal judge who heard the case.

For Hidalgo, the existence of that legal offensive is nearly incomprehensible.

“To me, what’s almost inconceivable is the fact that we’re even having to discuss whether 127,000 votes are going to be invalidated,” she said. 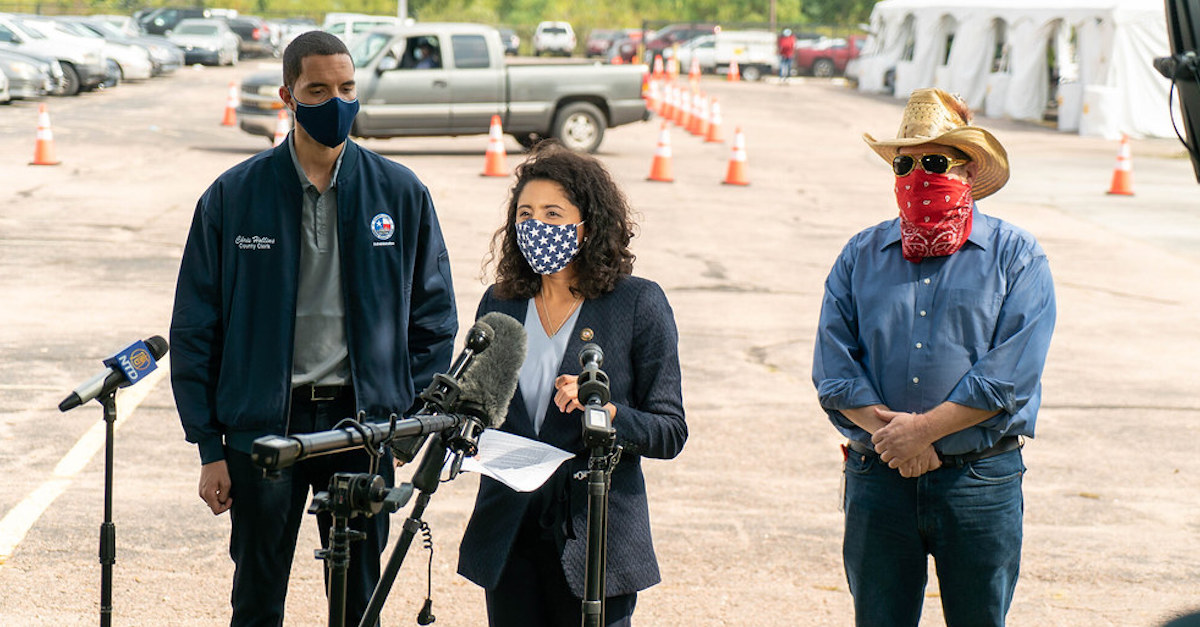 Hours before Election Day, the Fifth Circuit handed another defeat to the curbside voting challenge, and the challengers’ barrage of appeals have not relented.

“We’re going to keep fighting in the courts, but what we’re focused on as well as making sure that the community doesn’t feel deterred or discouraged,” Hidalgo said. “They haven’t so far. They’ve been undaunted in the face of so many attempts at suppression and obstacles to voting. And, obviously, we’re going to keep pushing for folks to be able to participate.”

Hidalgo has reason for optimism: On Oct. 29, Harris County blew past the total votes cast in 2016, and those numbers have remained impressive on Election Day, with 83,000 additional ballots cast at 11:30 a.m.

“We now have more votes cast than 11 states have people,” Hidalgo tweeted Tuesday morning. “We’re coming for you next, Idaho.”

It remains to be seen whether Hidalgo’s efforts to expand voter-access for all—Democrats, Republicans and independents alike—will upend Texas’s reputation as a red state, but the county’s documented gains in electoral participation has brought acclaim far beyond county lines.

“I definitely think a lot of what we’ve learned can be replicated, and there are you know many places around the country where elections are run spectacularly well,” she said.

Believing communities are ready for engagement when barriers are lifted, Hidalgo encouraged those who would follow in her footsteps to invest time and resources.

“This is not an intractable challenge,” she added. “It does take money, and it does take the right operations people. But it’s certainly something that can be done can be replicated, and I hope it’ll serve as a model. I sure hope so.”

Listen to the roughly 10-minute interview below.