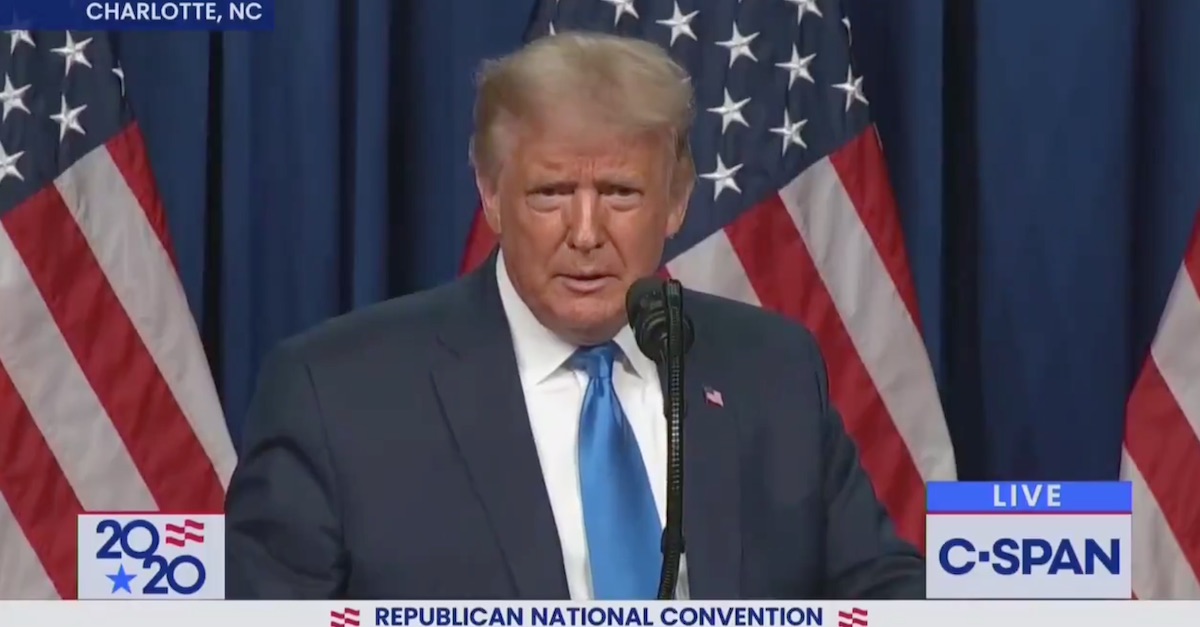 An election lawyer who has spent four decades looking for evidence that might support the Republican Party’s assertions about widespread, systemic fraud wrote in an op-ed on Wednesday that the data isn’t there. Meanwhile, in a self-fulfilling prophecy twist, President Donald Trump publicly “instructed” voters to “illegally vote twice,” Benjamin Ginsberg wrote.

The op-ed in The Washington Post did not address arguments made by Attorney General Bill Barr and President Donald Trump that universal mail-in voting would lead to widespread fraud. Nor did it address Barr’s statement that sheer “logic” suggests foreign powers could interfere in the election by mailing fake ballots to Americans. What it did focus on was the Ginsberg’s experience working for Republican causes over the last 38 years, during which time he searched for and found no evidence to support assertions that widespread mail-in fraud and rigged elections already exist.

According to Ginsberg, there have been “isolated incidents election fraud,” not the widespread, election-rigging examples that the president claims have occurred and continue to occur. Indeed, even Attorney General Barr falsely cited a massive fraud example that the Department of Justice later admitted was wrong.

We know that the incidents to date have been isolated because Republican lawyers have been on the front lines of “every election” and had an opportunity to “examine mail-in/absentee ballot programs” in every state, Ginsberg said.

“Each Election Day since 1984, I’ve been in precincts looking for voting violations, or in Washington helping run the nationwide GOP Election Day operations, overseeing the thousands of Republican lawyers and operatives each election on alert for voting fraud,” he wrote. “The truth is that after decades of looking for illegal voting, there’s no proof of widespread fraud. At most, there are isolated incidents — by both Democrats and Republicans. Elections are not rigged.”

Ginsberg said that it is “painful” for him to conclude that “rule of law” Republicans are politicizing the mail-in vote and undermining the credibility thereof in order to gain an “electoral advantage,” not out of “sincere concern.” Ginsberg reached that conclusion despite believing that “[m]any of the GOP’s litigation concerns are meritorious in principle.”