Here’s What the Law in That Particular State Says 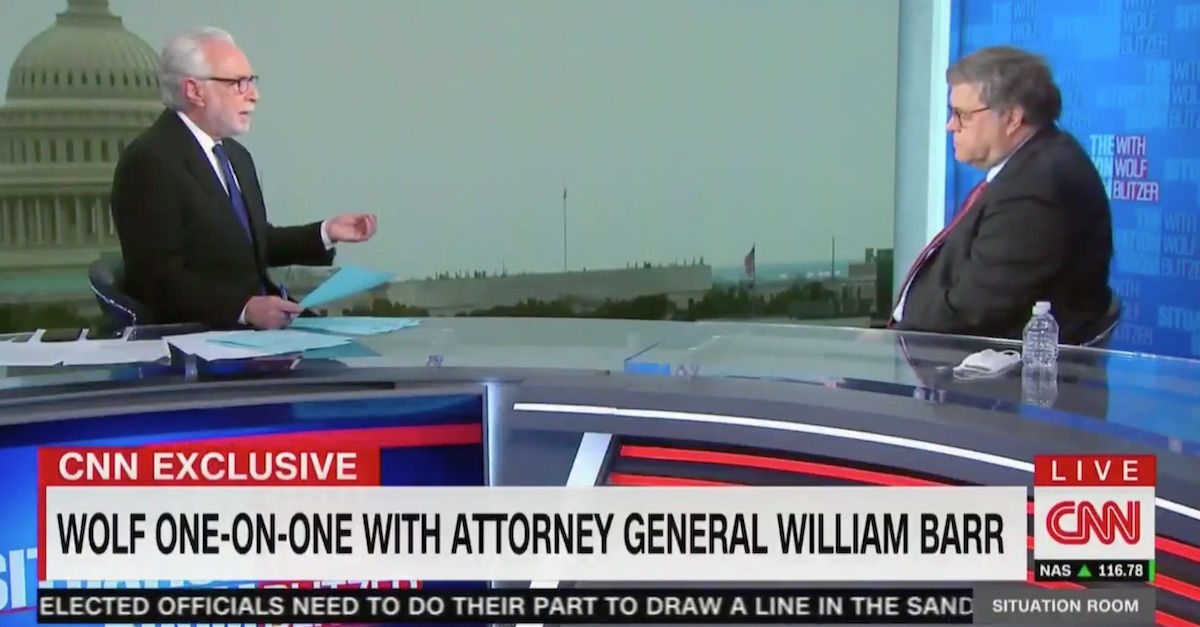 "I don't know what the law in the particular state says" — Wolf Blitzer has to explain to the Attorney General of the United States that it's actually illegal to vote twice pic.twitter.com/ytDfzZoZV6

The bold and italicized text (emphasis ours) says that it is a felony for “any person with intent to commit a fraud register” or to “induce” someone to vote more than once in an election. In any event, Trump’s critics and Wolf Blitzer argued that this is what the president did during an interview with WECT on Wednesday, where Trump commented on what voters — in his view — “should do.”

“I don’t like the idea of these unsolicited votes. I never did. It leads to a lot of problems. They’ve got 11 problems already on very small contests. I’m not happy about it. At the same time, we’re in court with a lot of it. We’re going to see if it can be stopped,” he continued. “But send your ballots, send them in strong, whether it’s solicited or unsolicited. The absentees are fine. But go to vote and if they haven’t counted it, you can vote. That’s the way I view it.”

Attorney General Barr interpreted these words as the president “trying to make the point that the ability to monitor this system is not good. And if it was so good, if you tried to vote a second time you would be caught if you voted in person.”

“I don’t know what the law in the particular state says,” Barr responded.

Executive Director of the North Carolina State Board of Elections Karen Brinson Bell released a statement on Thursday morning in response to all of this, citing to the statute we emphasized above.

Bell also noted that there are options for citizens who are unsure about whether their mail-in ballots were accepted. Those options did not include showing up at the polls to test the system:

Check your voter record at the State Board’s Voter Search Tool to find out whether your ballot was accepted by your county board of elections. This information will appear in the voter record after a ballot has been accepted.

Contact your county board of elections if you have questions about your ballot status.

The State Board office strongly discourages people from showing up at the polls on Election Day to check whether their absentee ballot was counted. That is not necessary, and it would lead to longer lines and the possibility of spreading COVID-19.