Florida Man Asked for Mail-in Ballot on Behalf of Dead Wife, Said He Was Testing If Voting System Worked: Deputies 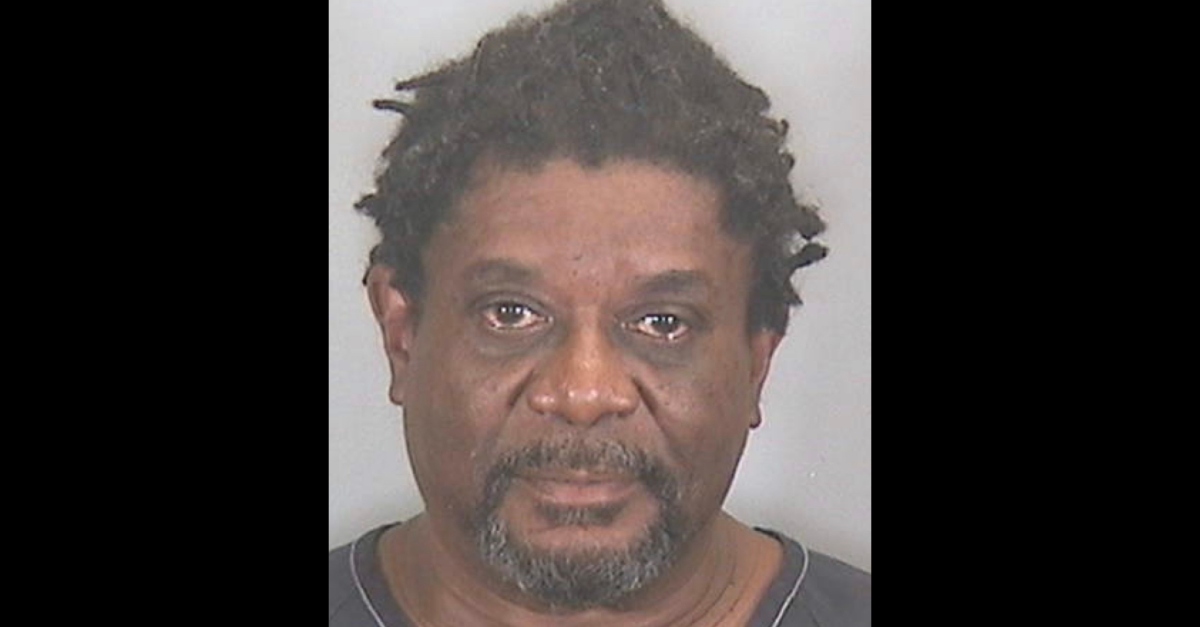 A Florida man is accused of asking for a mail-in ballot in the name of his dead wife. Larry Wiggins, 62, was arrested Thursday in Manatee County, says the local sheriff’s office in a news release obtained by Law&Crime.

Deputies say they responded to the office of the Supervisor of Elections Mike Bennett (R) regarding a mail-in ballot request for a woman who had died. Bennett said that his staff got two vote-by-mail ballot requests for a husband and wife at the same address, according to law enforcement. but that woman’s handwriting was allegedly different from her original voter registration. It turned out that she had passed away in 2018, authorities said.

According to deputies, defendant Wiggins admitted to sending the ballot request on behalf of his wife. He allegedly said that he was “testing the system to see if it worked.”

The defendant is charged with Requesting Vote by Mail Ballot on Behalf of Another Elector, a third-degree felony, deputies said.

In a phone interview, Bennett told Law&Crime that mail-in ballots are put into a machine at the office. When the signature on the ballot does not match the registration signature, his officials will reach out to the voter, he said. He said that to address the matter, the voter is required to send back an affidavit with a copy of their photo ID, and some proof of residence (for example, a utility bill). He said that much of the time, people may have registered to vote at the DMV, and will write their signature on an electronic pad. That signature on the electronic pad may not match what they would put down on paper.

Then again, this Wiggins allegation was not a normal situation. Records showed the wife was deceased for two years, Bennett said.

The arrest pops up as mail ballots are in high demand nationwide, as a number of voters seek to avoid large crowds amid the COVID-19 pandemic. If there’s an anything as high as the demand, it is concern that those ballots may not be counted.

On top of that, there’s President Donald Trump’s persistent practice of making unsubstantiated claims about elections, even suggesting that those who vote by mail should “check their vote” by showing up at the polls. Voting twice is illegal in federal elections and most states. After all this time, even Twitter, which had historically been hands-off about the president’s controversial tweets, began stepping in. Case in point: He claimed the election result may not ever be “ACCURATELY DETERMINED” because of unsolicited mail-in ballots; the social media platform responded by labeling this a “potentially misleading statement.”

Law&Crime asked Bennett about his vantage point as Supervisor of Elections for Manatee County. What pattern did he see? Bennett said there was a lot of confusion in this election, and laid the blame at the feet of Democrats. They were launching a major campaign to register people to vote and to vote by mail. They have not done this in an organized fashion; they are scaring people that they are not registered to vote, and there’s been a lot of pressure to vote, he said. All of those things have caused a lot of confusion, Bennett added. As an example, he said people thought they had been mailed a ballot, but they had not.

He argued that the press and “in some ways the president” treated Florida the same as states who have problems with mail-in ballots. Florida has a more thorough system, he said.

In August, New York City election officials said that one out of five mail-in ballots were rejected during the state primary on June 23. Nevada had similar problems: the state engaged in an all-mail election for their June primary, but 223,469 of the 1,325,934 ballots they put out were sent back as undeliverable.

Records viewed by Law&Crime show that Wiggins posted a $1,500 bond out of the Manatee County Jail on Friday. It is unclear if he has an attorney in this matter.

And what did Bennett think of the defendant?

“He probably just gave in to the pressure,” he said.