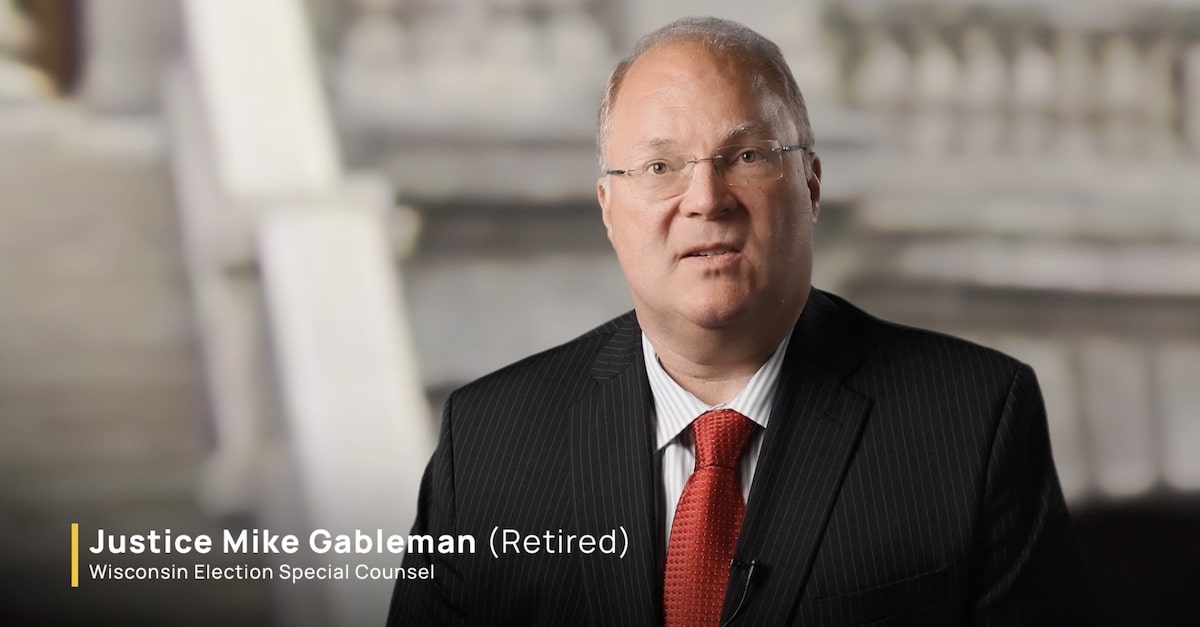 Wisconsin’s pricey and taxpayer-funded partisan review of the 2020 election collapsed on Friday, as one of the state’s GOP leaders fired the retired judge leading it for providing no results for a lot of money.

Even though President Joe Biden beat Donald Trump by more than 20,000 votes in Wisconsin, in results affirmed by recounts and certified, Assembly Speaker Robin Vos (R) followed in the footsteps of other GOP-dominated state legislatures in questioning the contest.

A little more than a year ago in July 2021, Vos initiated his so-called audit and tapped one of the state’s conservative former Supreme Court justices, Michael Gableman, to lead it. One year and more than $1 million taxpayer dollars later, Vos ended the probe after narrowly winning his primary race.

Though Vos entertained Trump’s baseless attacks on the 2020 race, the GOP Assembly speaker fell out of favor with the former president. The Wisconsin Supreme Court ruled earlier this year that certain drop-off boxes were illegal, leading Trump to call for his recent defeat to be overturned in that state. Vos said that he had no power to do so — and in recognizing that, became a lightning rod for Trump’s attacks.

Trump and Gableman both reportedly endorsed Vos’s primary opponent Adam Steen, who came within a 260-vote hairsbreadth of defeating the incumbent.

Vos did not wait long after his victory to sack Gableman, whom a Wisconsin judge said found “no evidence” of election fraud while doing little but sitting in a library on the public dime.

“Here, I guess what we found out from this long and tortuous road is that at least for the first part of this investigation, there was no actual work being done,” Judge Valerie Bailey–Rihn said in a hearing in late July. “The taxpayers are paying $11,000 for somebody to sit in a New Berlin library to learn about election law because they had no experience in election law.”

Gableman traveled out of state on multiple occasions chasing election conspiracy theories, including an excursion to Arizona’s so-called “fraudit” by the firm Cyber Ninjas to explore whether the Chinese tampered with election machines.

Finding that theory did not pan out, Gableman went to South Dakota to see the symposium of MyPillow infomercial salesman and CEO Mike Lindell — with little to show from the trip but a COVID-19 diagnosis, according to Bailey-Rihn.

“We have absolutely found out from this case, at least my case, that there was absolutely no evidence of election fraud,” Bailey-Rihn remarked last month. “We have also found out that apparently the Assembly and some of the local leaders of the people of this state believe that they have no obligation to comply with the open records law.”

“Based on the paper trail American Oversight uncovered, it is clear that despite great cost to Wisconsin taxpayers and false statements from Gableman himself, this election review uncovered no evidence to support its claims of widespread fraud,” Sawyer said in a statement. “Hopefully this heralds the dismantling of this partisan exercise. Firing Michael Gableman does not free Speaker Vos, the Assembly, or the Office of Special Counsel from their obligations to comply with Wisconsin law and to release the full record of this inquiry to the public.”

Vos did not immediately respond to Law&Crime’s press inquiry.