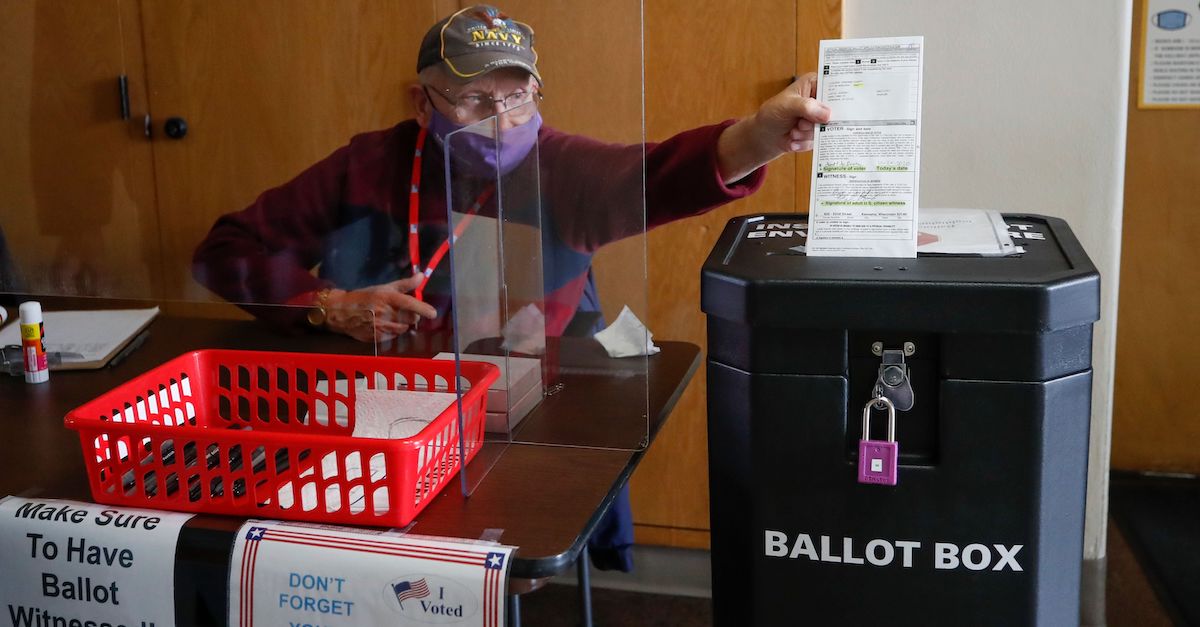 An election worker drops a voter’s completed ballot into a ballot box inside City Hall on the first day of in-person early voting for the Nov. 3 elections in Kenosha, Wisconsin, on Oct. 20, 2020.

The Wisconsin Supreme Court’s conservative majority ruled on Friday that using drop boxes violates state law and “weakens the people’s faith” in the outcome of elections. The dissenting justices warned that their colleagues’ “sky-is-falling rhetoric” baselessly “fans the flames of electoral distrust” and resulted in a ruling they called “downright dangerous to our democracy.”

Between the lead ruling, multiple concurrences, and a scathing dissent, the justices’ opinions span a total of 141 pages and reopen the wounds of the 2020 presidential election.

“The Hard Work of Democracy”

Though Donald Trump’s efforts to overturn elections failed in every battleground state where he waged a battle, the former president’s efforts came closest in Wisconsin, where the high court rejected his lawsuit only by a 4-3 margin. Conservative Justice Brian Hagedorn switched party lines to finalize Trump’s defeat there.

Hagedorn, who faced a barrage of harassment and threats after that ruling, would not cross ideological lines again in the drop box case.

“Our obligation is to follow the law, which may mean the policy result is undesirable or unpopular,” Hagedorn wrote in his concurrence. “Even so, we must follow the law anyway. To the extent the citizens of Wisconsin wish the law were different, the main remedy is to vote and persuade elected officials to enact different laws. This is the hard work of democracy.”

Justice Rebecca Grassl Bradley, the author of the lead opinion who was a member of the 2020 election-disputing Thomas More Society, also wrote a separate concurring opinion stating that she would have overturned the ruling in the Trump case.

“The illegality of these drop boxes weakens the people’s faith that the election produced an outcome reflective of their will,” Grassl Bradley’s lead opinion states. “The Wisconsin voters, and all lawful voters, are injured when the institution charged with administering Wisconsin elections does not follow the law, leaving the results in question.”

Grassl Bradley’s lead opinion questioned the legitimacy of the 2020 election and invoked inflammatory specters of the rigged elections of foreign despots, including Syria’s Bashar al Assad, North Korea’s Kim Jong-un, and Cuba’s Raul Castro. (Hagedorn pointedly did not join this section of the ruling.)

The dissenters noted that Wisconsin drop boxes are adopted as a resource from the U.S. Cybersecurity and Infrastructure Security Agency, which operates under the auspices of the Department of Homeland Security.

“There is no evidence at all in this record that the use of drop boxes fosters voter fraud of any kind,” Walsh Bradley wrote. “None. And there certainly is no evidence that voters who used drop boxes voted for one candidate or party or another, tilting elections either direction.”

Despite Trump’s rhetoric following the 2020 election, his lawsuit in Wisconsin did not offer evidence about voter fraud. It instead focused on the permissibility of certain election forms issued by the Wisconsin Election Commission, the state’s regulatory agency. Trump only challenged the forms in two counties — Milwaukee and Dane, deep-blue jurisdictions with the most voters of color — and the forms that he challenged were the same ones in use in 2016, the election that he won in that state. The fact that Trump only challenged the results in Wisconsin’s most diverse county led one justice to opine that his lawsuit “smacks of racism.”

Among other reasons, the justices who rejected Trump’s lawsuit found that he filed his challenge too late because the paperwork he complained about had been in use without objection for years. 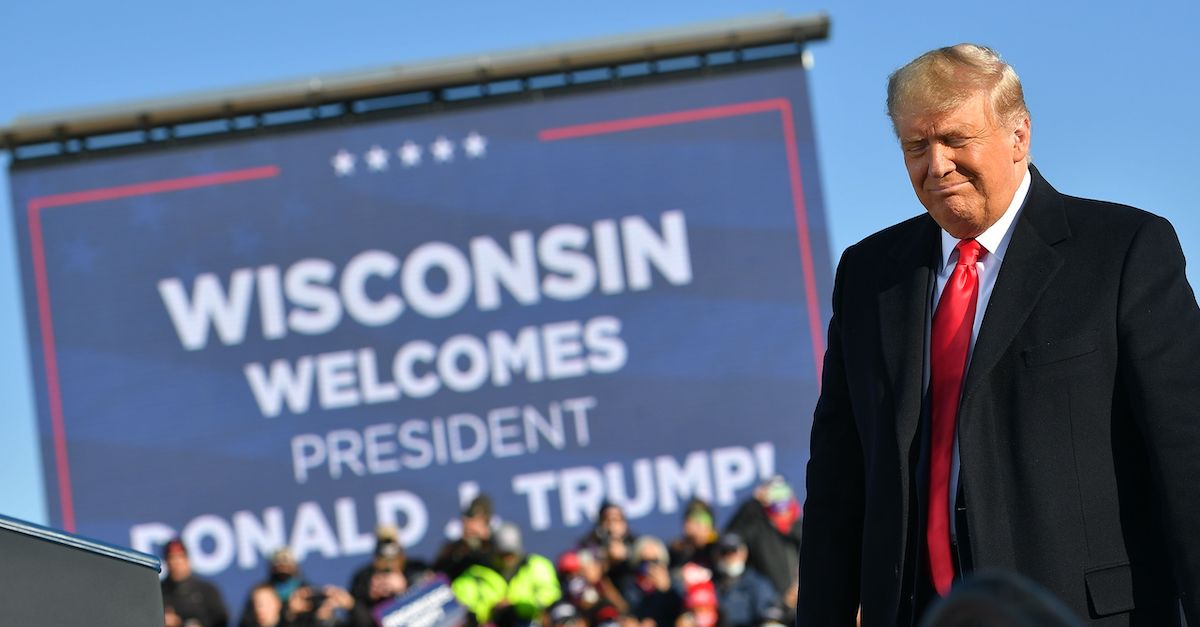 “Yet Another Barrier to Voters”

In the drop box case, two voters, Richard Teigen and Richard Thom, challenged the validity of that form of voting by attacking the pair of Wisconsin Elections Commission authorizing it.

To the majority, only the Wisconsin legislature — not state regulators — could authorize the use of drop boxes.

“Despite these provisions, no defendant can point to any statute authorizing ballot drop boxes; instead, the defendants argue no statute expressly prohibits them,” the majority opinion states. “The absence of an express prohibition, however, does not mean drop boxes comport with “the procedures specified” in the election laws.”

The dissenters argued that the lawsuit should not have passed the basic test of standing, as the voters did not prove any injury.

By allowing those two voters to proceed, the dissent states, the high court “attempts to create a free-for-all.”

“It delineates no bounds whatsoever on who may challenge election laws,” Walsh Bradley wrote.

As the dissent notes, the elimination of drop boxes will fall hardest on rural voters and the disabled, who previously could rely on friends and family members to carry their secured and completed ballots to the appropriate location for them.

“The right to vote is a ‘sacred right of the highest character,'” the dissent states. “Yet the majority/lead opinion blithely and erroneously seeks to sow distrust in the administration of our elections and through its faulty analysis erects yet another barrier for voters to exercise this ‘sacred right.'”

“Although it pays lip service to the import of the right to vote, the majority/lead opinion has the practical effect of making it more difficult to exercise it,” it continues. “Such a result, although lamentable, is not a surprise from this court. It has seemingly taken the opportunity to make it harder to vote or to inject confusion into the process whenever it has been presented with the opportunity.”

The Wisconsin State Legislature continues to question the results of the 2020 presidential election, in which President Joe Biden prevailed by a margin of more than 20,000 votes.

To the dissenters, the high court’s opinion in the drop box case “lends its imprimatur to efforts to destabilize and delegitimize recent elections.”