Ex-Police Captain Accused of Holding Man at Gunpoint Under False Belief That He Had 750,000 Fake Ballots Signed by ‘Hispanic Children’ in Van 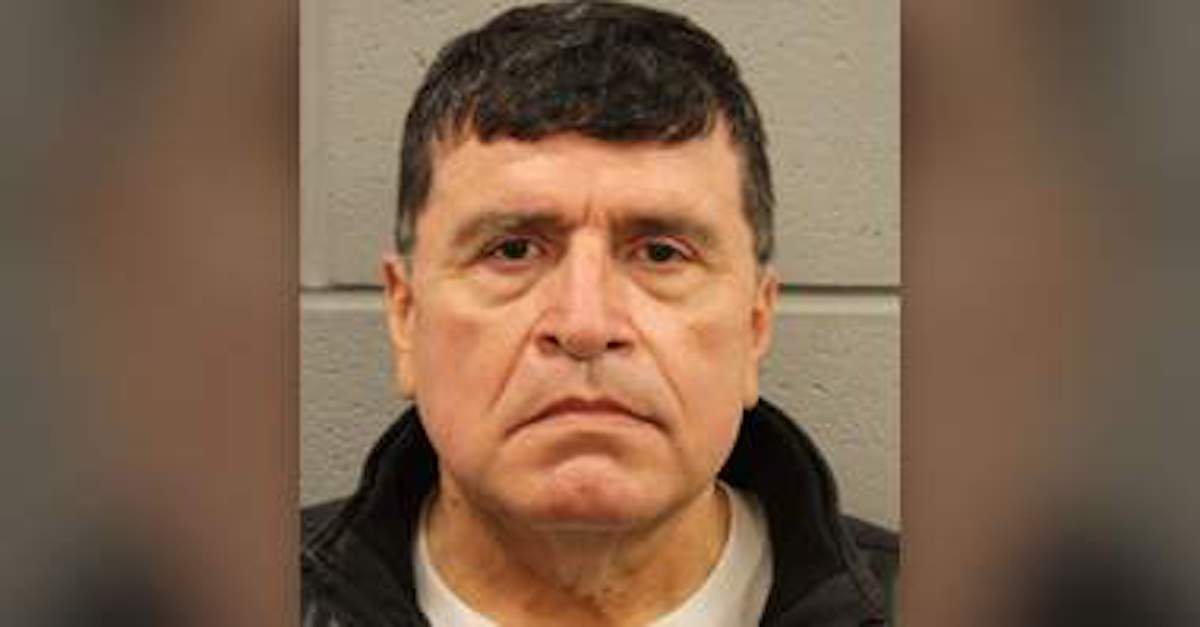 A former police captain in Houston, Texas looking to expose widespread voter fraud in the 2020 election came up empty, but not before terrorizing an innocent man by running the man’s van off the road and holding him at gunpoint. The former captain falsely believed the victim was driving a truck full of 750,000 fake ballots signed by “Hispanic children,” prosecutors say.

The suspect, Mark Anthony Aguirre, 63, was arrested by Houston police Tuesday on charges of aggravated assault with a deadly weapon stemming from the Oct. 19 incident. The alleged crime is a second degree felony that carries a maximum penalty of up to 20 years in prison.

According to the Harris County District Attorney’s Office, Aguirre told police that he worked for the “Liberty Center for God and Country,” a private right-wing group of citizens tasked with investigating what they assumed to be election fraud schemes. Aguirre said he had been surveilling the victim—an air-conditioning technician—for four days believing him to be the “mastermind” behind a “giant fraud” scheme. The Liberty Center’s chief executive is Steve Hotze, a far-right political activist who has filed several lawsuits challenging mail-in voting regulations and disputing the results of the 2020 election.

Telling police he believed the victim had the 750,000 ballots were stowed inside the van, Aguirre ran his SUV into the back of the vehicle, forcing the victim to stop and get out. Aguirre then pulled out a handgun and pointed it at the victim’s head, forcing him to lay on the ground. He then knelt on the victim’s back until police arrived, as shown in an image captured by one of the arriving officer’s body cams.

Aguirre then directed the officers to a nearby parking lot where an unidentified suspect had taken the victim’s vehicle.  But the victim “ turned out to be an innocent and ordinary air conditioner repairman” and a search of the van revealed no ballots, only air conditioning parts and tools. After a  “thorough investigation” by police, Aguirre’s claims of election fraud were found to be “baseless.”

“He crossed the line from dirty politics to commission of a violent crime and we are lucky no one was killed,” Harris County District Attorney Kim Ogg said in a statement. “His alleged investigation was backward from the start – first alleging a crime had occurred and then trying to prove it happened.”

Aguirre also failed to disclose that his “investigation” was being funded with more than a quarter of a million dollars from Hotze’s organization.

“Aguirre never told police that he had been paid a total of $266,400 by the Houston-based Liberty Center for God and Country, with $211,400 of that amount being deposited into his account the day after the incident,” the DA’s press release stated.

According to the Liberty Center’s Facebook page, the group’s objective is to “provide the bold and courageous leadership necessary to restore our nation to its Godly heritage by following the strategy that our pilgrim forefathers gave us, which is to love God, and to place our hope and faith in the God of the Bible.” The mission statement concludes stating, “Liberty under law is the result of this strategy, which will ultimately defeat tyranny, and result in a strong, peaceful and prosperous nation.”

Hotze last month claimed that the center had raised “over $600,000” to “hire private investigators and attorneys to discover, expose and disrupt the Democrats’ massive election fraud scheme in Harris County,” claiming his operation prevented Joe Biden from winning the state of Texas.