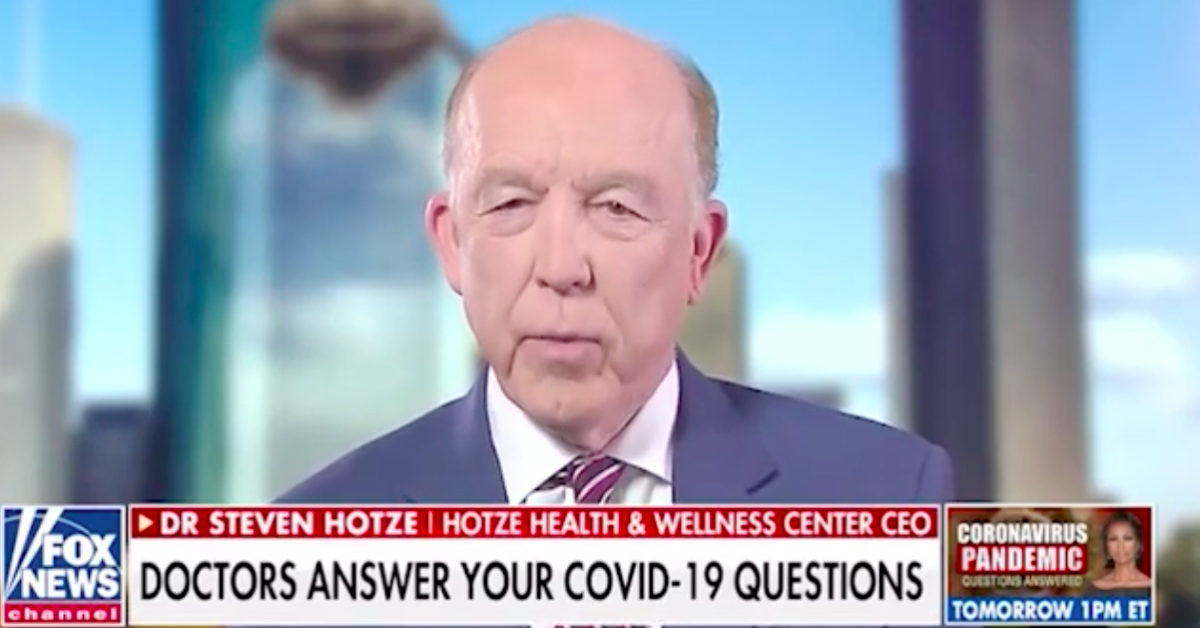 A Houston doctor and three local pastors on Monday challenged a Harris County judge’s stay-at-home order, issued last week in response to the COVID-19 coronavirus outbreak, by arguing that its enforcement violates their constitutional rights. The group’s two-fold complaint, a copy of which was obtained by Law&Crime, is that Judge Lina Hidalgo’s order violated their First Amendment rights by postponing all in-person mass religious services for the foreseeable future and violated their Second Amendment rights by not defining gun shops as “essential businesses.”

Under Hidalgo’s order, religious services are only permitted via video or teleconferencing, and faith leaders are permitted to “minister and counsel in individual settings, so long as social distance protocols are followed.”

The order — which is aimed at maximizing social distancing to prevent further spread of the virus — also requires non-essential businesses to close. It further calls for Texas residents to stay home unless they are buying groceries, exercising, going to work at a sanctioned business, or performing a critical task.  Hidalgo issued the directive one day after the Texas Medical Center’s chief executives unanimously instructed Harris County to implement a shelter-in-place order.

The group, led by right-wing activist Dr. Steven Hotze — a virulent opponent of LGTBQ causes who has previously dismissed the coronavirus as “not very contagious” — filed an emergency petition with the Texas Supreme Court seeking a writ of mandamus to correct the order.  Hotze was joined in the filing by pastors Juan Bustamante, George Garcia and David Valdez.

The emergency petition claimed that any order restricting access to religious services and to gun stores “severely infringes” upon their constitutional rights:

The circumstances presented by coronavirus do not excuse unlawful government infringements upon freedom. Urgent First and Second Amendment issues of immense statewide significance, arising from the largest county in Texas  and affecting residents throughout the Lonestar State, are presented here. This dispute concerns purely legal issues for which deference to a trial court would not be allowed, and for which no factual record is necessary.

The free exercise of religion cannot be taken lightly and should not be sacrificed at the altar of political expediency. Our state and federal constitutions embody a fundamental commitment to religious liberty and guarantee the freedom to express diverse thoughts without governmental interference. To adequately protect these rights, courts must not jealously guard their jurisdiction when disputes arise.

The group also states that Hidalgo’s order effectively chooses “winners and losers” in the private sector.

“People of faith are prohibited from worshipping in person, most private businesses are prevented from operating, gun shops are ordered closed, and people are not allowed to associate together in groups — these are some of the individual freedoms Judge Hidalgo has chosen to sacrifice,” the petition stated, listing liquor stores, yard maintenance crews, furniture suppliers and bicycle repair shops as examples.

“Because her hand-picked losers have been shuttered, her self-identified winners are allowed to thrive while other private businesses are closed indefinitely.”

Hotze, who recently appeared on a Fox News coronavirus special, is also a QAnon supporter who recently suggested that the “deep state could have been the ones that orchestrated” the coronavirus pandemic in its ongoing war against “patriots.”

Recently, the doctor has also been promoting a vitamin regimen which he claimed would help stave off the coronavirus.

Texas challenge to Stay-at-… by Law&Crime on Scribd