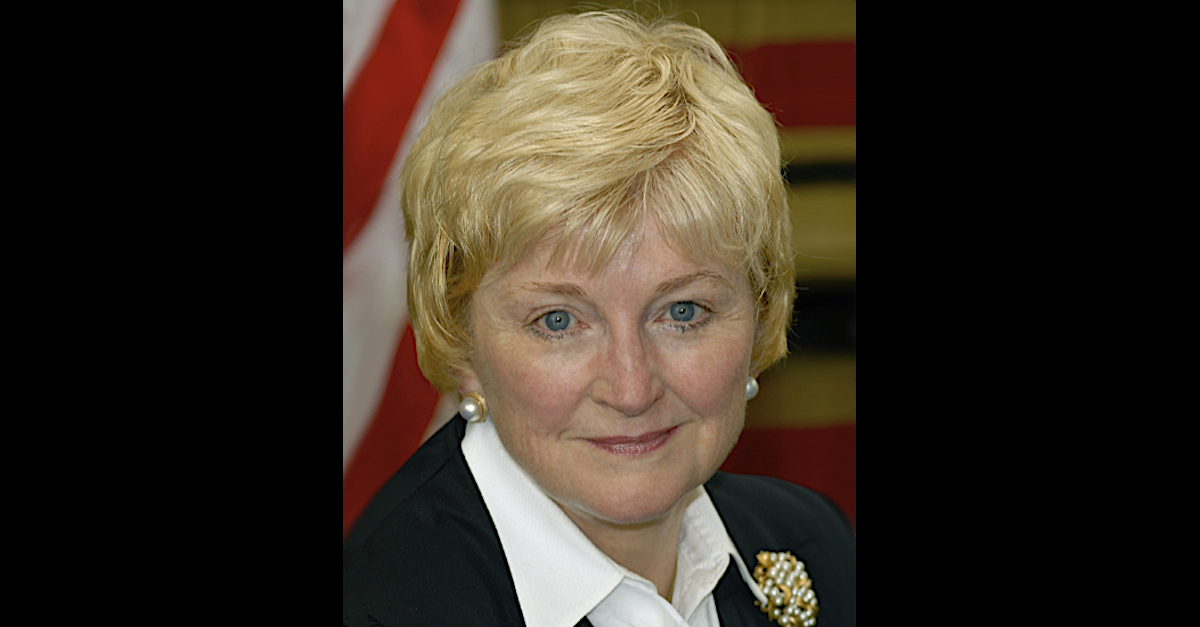 Wisconsin Supreme Court Chief Justice Patience Roggensack issued a rare Christmas Day statement decrying concerning comments throttled toward at the judiciary, including “threats of actual or proposed violence.” The statement comes on the heels of a narrow 4 to 3 decision earlier this month which shot down election litigation launched by President Donald Trump. Though Roggensack was part of the dissent (and, therefore, ruled in favor of Trump), she was apparently not interested in standing idly by as her fellow justices were menaced for ruling against the president.

I am concerned about recent comments aimed at members of the Wisconsin Supreme Court. I acknowledge that all members of the public have the constitutional right to speak in criticism of public servants, which certainly includes all justices on the Wisconsin Supreme Court.  However, no justice should be threatened or intimidated based on his or her religious beliefs.  Wisconsin has a long history of protecting the right to freely worship, as well as the right to freely speak.

Also, threats of actual or proposed violence have no place in public discourse in a democratic society.

As we are about to begin a new year, let us all refocus on coming together where possible and treating those with whom we disagree with the respect that each of us would like to receive.

The statement arguably applies to comments levied toward multiple justices.  Justices Jill Karofsky and Rebecca Dallet have reportedly been subjected to a “torrent of misogynistic and anti-Semitic messages.”

The majority ruling which dismissed Trump’s election case was authored by Justice Brian Hagedorn, the former chief legal counsel to Republican Gov. Scott Walker who went on to win an election to serve on the state’s highest court.  The New York Times called Hagedorn a “darling of the right” in a recent piece which touched briefly on a certain level of vitriol Hagedorn received after authoring the opinion.

Hagedorn said he “was pretty consistent” when he ran for office that he “believe[d] deeply that law and politics are not the same thing.”

“Most of us probably have some hope that our preferred candidate or our preferred policies, that the law runs in the same direction, but that isn’t always the case. And I said I was going to be a textualist and an originalist. I believe very deeply in those things,” Hagedorn said further regarding his judicial philosophy.  “And I think my decisions have reflected that. And I made clear even when I was running that I would make decisions that I’m sure some folks, certainly conservatives, may not like from a policy outcome and that when I do, I was just following the law. People should know that.”

In another recent interview with WISN-TV in Milwaukee, Hagedorn said he and other justices received “extra police protection” after the court’s narrow majority ruled against Trump.  In that interview, Hagedorn said he was “not aware of any specific death threats necessarily.”  However, “concerning” statements which he described as “not fun as a father of five children to hear” were directed toward him.  He said his 12-year-old daughter asked him if she should play in the back yard rather than the front yard given the comments the justice received.

Trump recently criticized Hagedorn on Twitter by suggesting he (Trump) was responsible for Hagedorn’s election win and by insinuating Hagedorn was ungrateful for the president’s one-time support.

Two years ago, the great people of Wisconsin asked me to endorse a man named Brian Hagedorn for State Supreme Court Justice, when he was getting destroyed in the Polls against a tough Democrat Candidate who had no chance of losing. After my endorsement, Hagedorn easily won!…

…WOW, he just voted against me in a Big Court Decision on voter fraud (of which there was much!), despite many pages of dissent from three highly respected Justices. One thing has nothing to do with another, but we ended up losing 4-3 in a really incorrect ruling! Great…

…Republicans in Wisconsin should take these 3 strong decisions to their State Legislators and overturn this ridiculous State Election. We won in a LANDSLIDE!

[image via the Wisconsin Supreme Court]

Editor’s note:  this piece was updated shortly after publication to reiterate that Roggensack was part of the dissent in the Wisconsin Supreme Court’s election decision.