‘Attorneys Have a Higher Duty’: Judge Orders Lawyers Behind 2020 Election Fraud Lawsuit to Pay More Than $185,000 in Sanctions 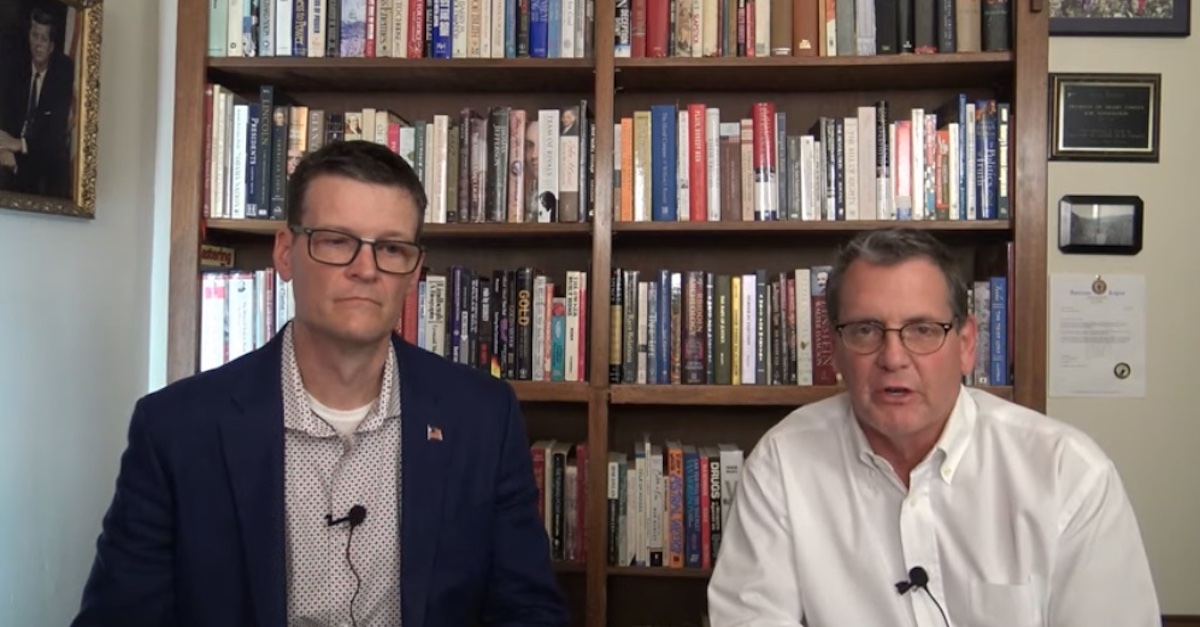 A federal magistrate judge in Colorado has ordered the two lawyers behind a $1.6 billion dollar lawsuit over nonexistent 2020 election-altering fraud to pay nearly $187,000 in sanctions.

“[T]hese attorneys have a higher duty and calling that requires meaningful investigation before prematurely repeating in court pleadings unverified and uninvestigated defamatory rumors that strike at the heart of our democratic system and were used by others to foment a violent insurrection that threatened our system of government,” Neureiter wrote in his 21-page sanctions order filed Monday.

The sanctions will go to Michigan Gov. Gretchen Whitmer (D) and Secretary of State Jocelyn Benson (D), Pennsylvania Gov. Tom Wolf (D) and former Secretary of the Commonwealth Kathryn Boockvar (D), Facebook (now Meta), Dominion Voting Systems, and the Center for Tech and Civic Life (CTCL) for the time their legal teams spent on motions to dismiss the “arguably frivolous and groundless case” in order to “ensure the case was nipped in the bud.”

Neureiter granted the motions to dismiss in April. In August, he ruled that defendants were entitled to sanctions for having been forced to defend themselves against a lawsuit he called “one enormous conspiracy theory.”

The Michigan and Pennsylvania state officials will get $4,900 and $6,162.50 in sanctions, respectively, pursuant to agreements between the parties.

But it was ultimately up to Neureiter to decide how much Facebook, Dominion, and CTCL should get.

Neureiter had harsh words for Walker and Fielder when he first determined in August that sanctions were appropriate, and he was no kinder in Monday’s order.

“This was not a client-generated lawsuit,” Neureiter said in his order. “This is exclusively a creation of the Plaintiff’s counsel. They are experienced lawyers who should have known better. They need to take responsibility for their misconduct.”

In his order, Neureiter seemed to anticipate complaints the sanctions award could have the dreaded “chilling effect” on future litigation, and appeared to lean in to such potential criticism.

“[T]he repetition of defamatory and potentially dangerous unverified allegations is the kind of ‘advocacy’ that needs to be chilled,” Neureiter wrote. “Counsel should think long and hard, and do significant pre-filing research and verification, before ever filing a lawsuit like this again.”

Neureiter also said that the lawyers’ public pleas for financial support played into his decision.

“Plaintiffs’ counsel made a public appeal for financial contributions from arguably innocent and gullible members of the public in order to supposedly hire experts to support this case,” the order said. “In reality, as disclosed at the hearing on sanctions, Plaintiffs’ counsel hired no experts, either before or after filing the Complaints, and did not speak to any of the alleged experts that were being used in other cases around the country. Given the apparent lack of standing to bring this case—and its likely failure given the existing Supreme Court precedent on the issue of standing—as well as the failure to hire or speak to any expert witnesses to support the underlying factual assertions in the Complaints, this financial appeal to the public for financial contributions was arguably deceptive.”

Neureiter said that Walker and Fielder’s lawsuit damaged not only the defendants, but also public trust in the legal system.

“Defendants have been significantly prejudiced, not just because they have had to incur legal fees to defend this pointless and unjustified lawsuit, but because they have been defamed, without justification, in public court filings,” Neureiter continued. “Finally, I believe that rather than a legitimate use of the legal system to seek redress for redressable grievances, this lawsuit has been used to manipulate gullible members of the public and foment public unrest. To that extent, this lawsuit has been an abuse of the legal system and an interference with the machinery of government.”

In an emailed statement, Dominion expressed satisfaction with Monday’s order.

“Dominion is grateful for the court’s findings, which importantly notes, ‘This lawsuit has been an abuse of the legal system and an interference with the machinery of government,'” a Dominion spokesperson said.

Facebook and CTCL didn’t respond to Law&Crime’s request for comment in time for publication. There was no answer at either of the phone numbers Law&Crime called to reach attorneys Fielder and Walker.

You can read the sanctions order below: