Who Is Andrew Taake, the Capitol Siege Defendant on Bumble? 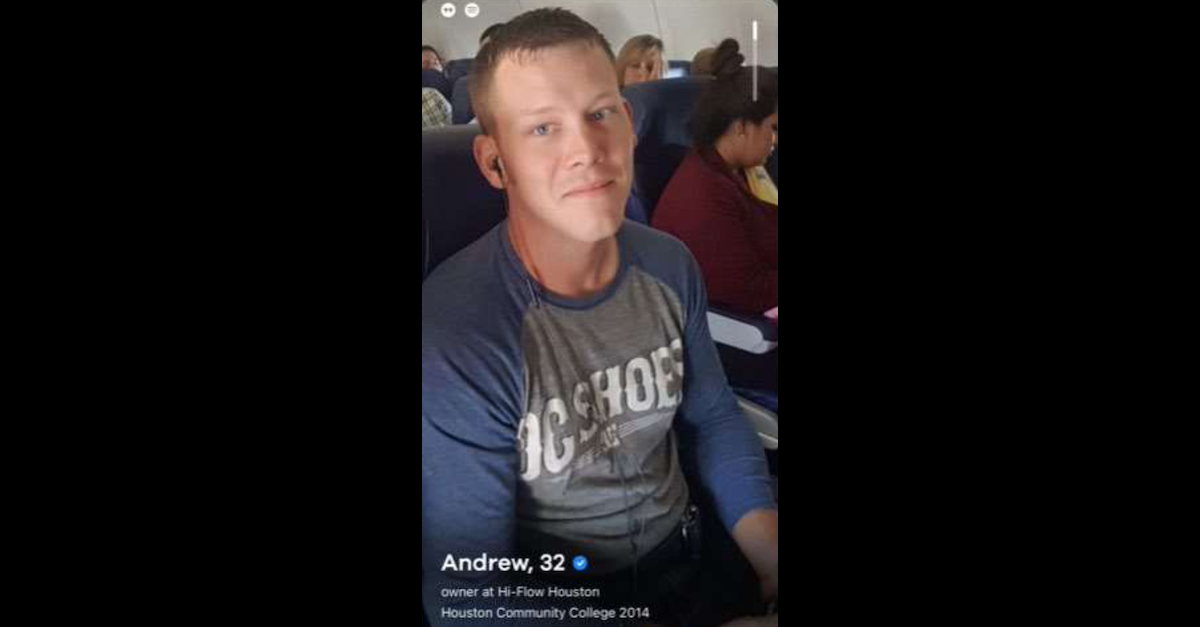 A defendant wanted in connection with the Jan. 6th siege on the U.S. Capitol Complex was arrested this week in Houston, Texas, after a match on the dating app Bumble turned the suspect in to the FBI. He’s now accused of using a metal whip and pepper spray on law enforcement officers.

Andrew Taake faces a list of six charges according to documents on file in federal court. Those charges include (1) obstruction of an official proceeding; (2) assaulting, resisting, or impeding certain officers; (3) obstruction of law enforcement during civil disorder; (4) entering or remaining, disorderly and disruptive conduct, and engaging in physical violence in a restricted building or grounds; (5) disorderly conduct in a capitol building, impeding passage through and act of physical violence on capitol grounds or buildings; and (6) parading, demonstrating or picketing in a capitol building. 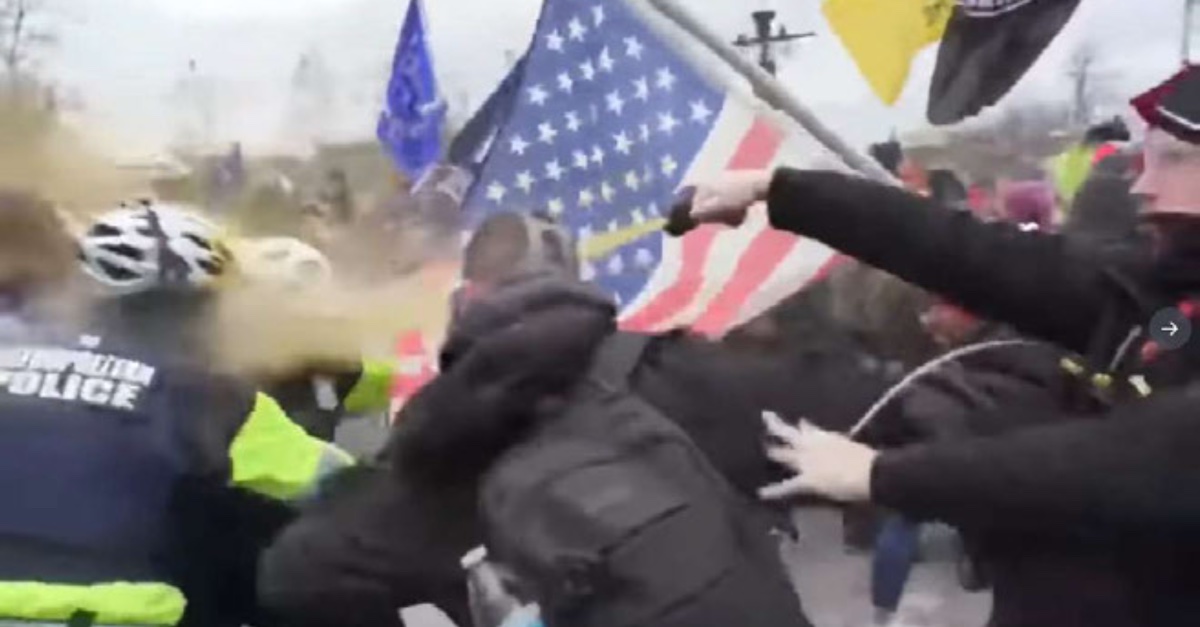 A suspect named by the U.S. Department of Justice as Andrew Taake is seen pepper spraying an officer while holding what is described as a metal whip.

As Law&Crime noted as far back as Jan. 16th, women on Bumble were snagging information from the popular app and sending it to the feds. Since then, at least one other defendant, Robert Chapman, has been accused of bragging to a match that he “did storm the capitol” and “made it all the way to Statuary Hall.”

“We are not a match,” the woman replied to Chapman, according to court documents.

“I suppose not,” Chapman conceded.

Taake’s case is a bit different. According to a statement of facts, here’s how the online interaction occurred:

On or about January 9, 2021, the FBI received a tip from an individual (“Witness 1”) who provided information on a Capitol rioter by the name of Andrew Taake, owner of Hi-Flow Houston [a pressure washing service]. Witness 1 messaged Taake on a dating app, Bumble, while he was in Washington, D.C. Although Taake and Witness 1 never met in person, Taake discussed his participation in the riot with Witness 1 and sent Witness 1 several pictures of himself, including a picture of himself taken on January 6, 2021, after he was allegedly pepper sprayed by law enforcement officers. Witness 1 said Taake admitted to being inside the U.S. Capitol for approximately 30 minutes. Below is a screenshot of messages between Taake and Witness 1, including the picture of Taake taken “about 30 minutes after being sprayed.”

The further substance of Takke’s Bumble conversations are not known.

Flight records confirmed that Taake took Spirit Airlines from Houston to nearby Baltimore, Md., on Jan. 5th. He returned home on Jan. 8th. 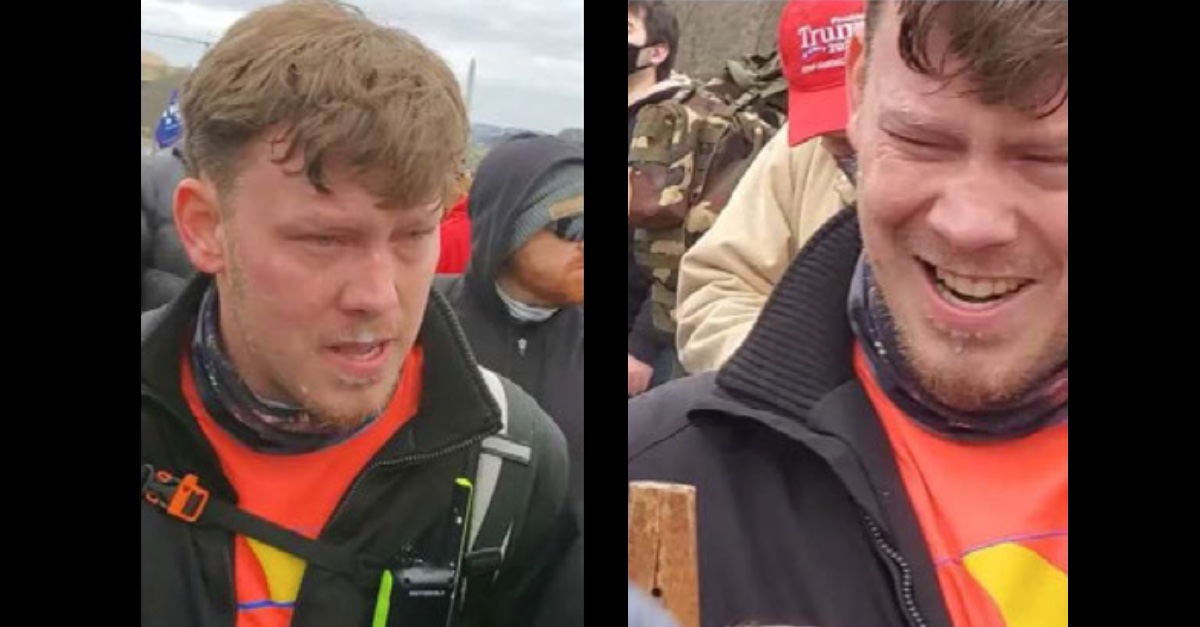 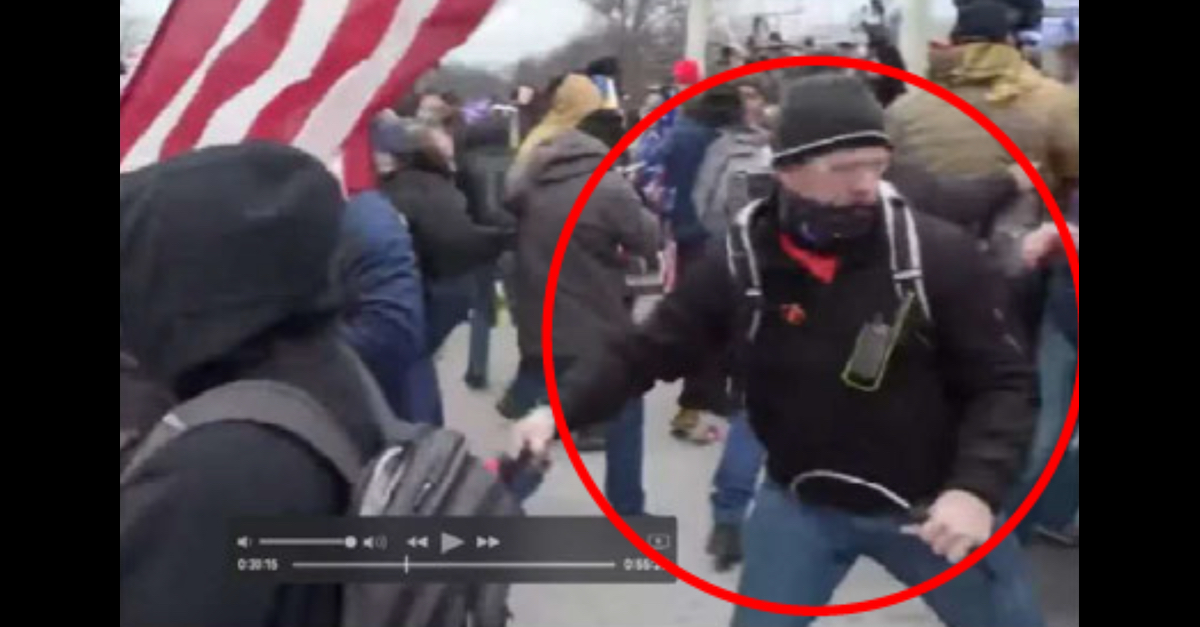 Federal court documents say Taake’s multiple attacks were caught on a number of cameras — including by at least one officer’s body camera. 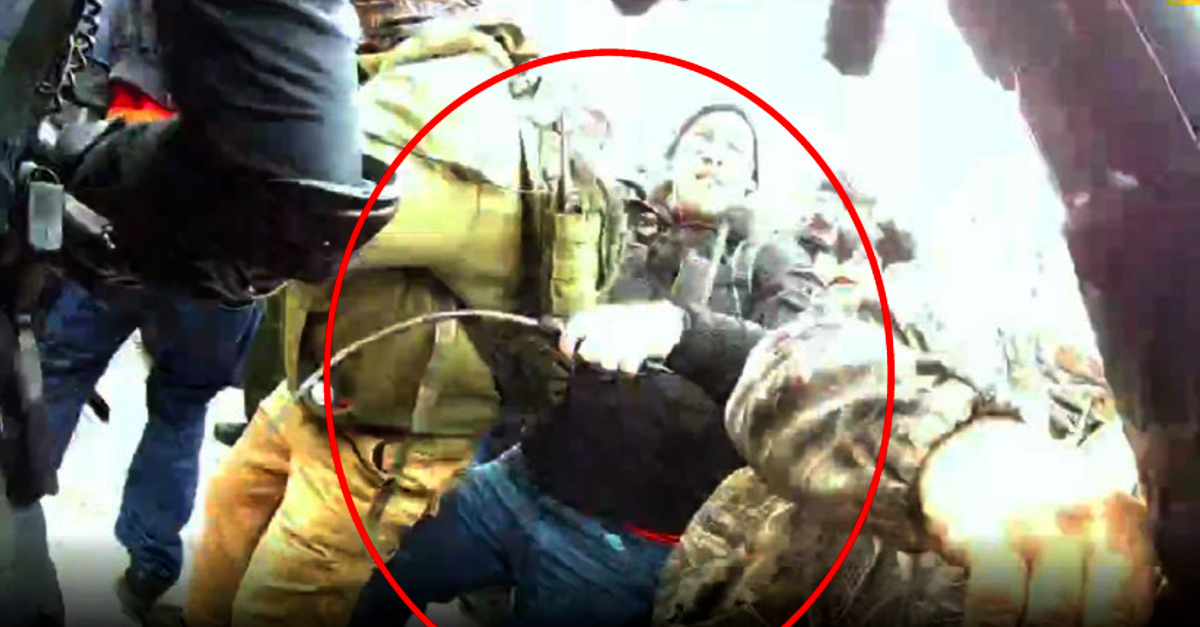 Several video angles from inside the capitol also are alleged to show Taake. 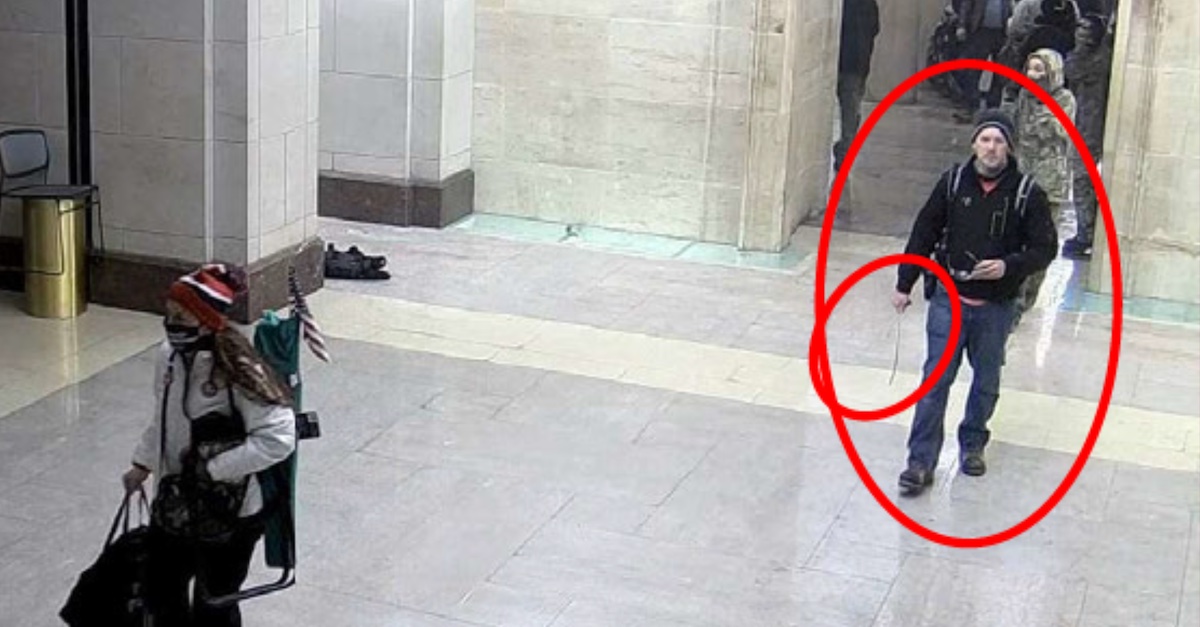 Taake was further identified by matching his company’s phone number to a cell phone the defendant used to book airline tickets to Washington, D.C., the relevant court papers indicate.  That same cell phone is said to have communicated with towers around the capitol complex on Jan. 6th.

Images from around the complex, including those duplicated above, also appeared to match Taake’s driver’s license photo, the FBI said.  A FedEx driver who delivered a package to the defendant’s home also is said to have identified the defendant to federal agents.  Agents also staked out his home and noted that the vehicle in the driveway was registered to Taake.

Read the available court documents below:

[all images via federal court documents]