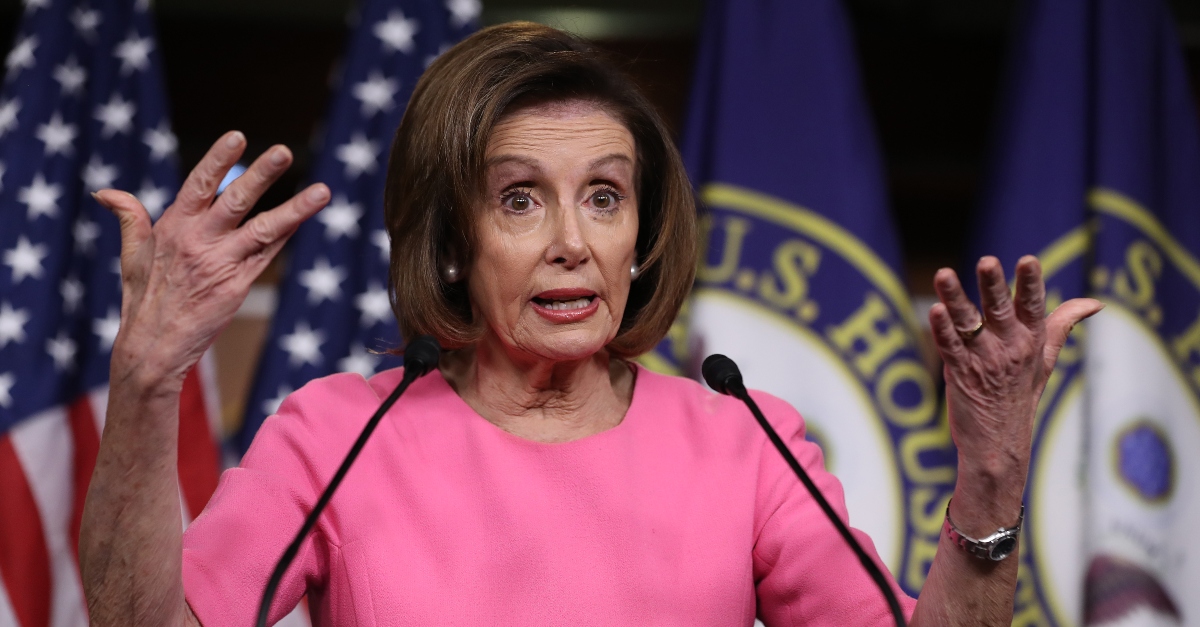 House Speaker Nancy Pelosi on Monday said that Congress would be establishing a special commission tasked with investigating the insurrection at the U.S. Capitol complex on Jan. 6.

In a Presidents Day letter to House Democrats, Pelosi said the need for an independent commission—which would be similar to the one established in the wake of the September 11, 2001 terrorist attacks—was evident based on an interim security report prepared by retired Lt. Gen. Russel Honoré.

“It is clear from his findings and from the impeachment trial that we must get to the truth of how this happened,” the letter stated. “To protect our security, our security, our security, our next step will be to establish an outside, independent 9/11-type Commission to ‘investigate and report on the facts and causes relating to the January 6, 2021 domestic terrorist attack upon the United States Capitol Complex… and relating to the interference with the peaceful transfer of power, including facts and causes relating to the preparedness and response of the United States Capitol Police and other Federal, State, and local law enforcement in the National Capitol Region.’”

The Speaker also said that Honoré’s report revealed that Congress would need to put forth supplemental appropriation to provide additional security at the Capitol to protect members.

The letter appears to be a response to several House Republicans, who earlier in the day sent Pelosi a letter saying there were “many important questions” that “remained unanswered” concerning her “responsibility for the security” of the Capitol on Jan. 6.

The Republicans also said Pelosi had been “very heavy-handed and tightly controlled” in her approach to overseeing Capitol security, seeking answers to a number of questions about what steps she took in response to the insurrection.

In addition to Honoré’s review, several other investigations into the Capitol riot had already been planned, with a hearing on the matter scheduled later this month in the Senate Rules Committee.

The Senate voted on Saturday to acquit Donald Trump after he was charged with inciting the riot, falling 10 votes short of the necessary two-thirds needed for a conviction.

Sen. Bill Cassidy, one of the seven Republican senators who voted in favor of conviction, also expressed his support for additional inquires on Sunday.

“There should be a complete investigation about what happened,” Cassidy said. “What was known, who knew it and when they knew, all that, because that builds the basis so this never happens again.”