Man Said He Wanted to Punch President Biden and Sit in His Chair Until He Died: Affidavit 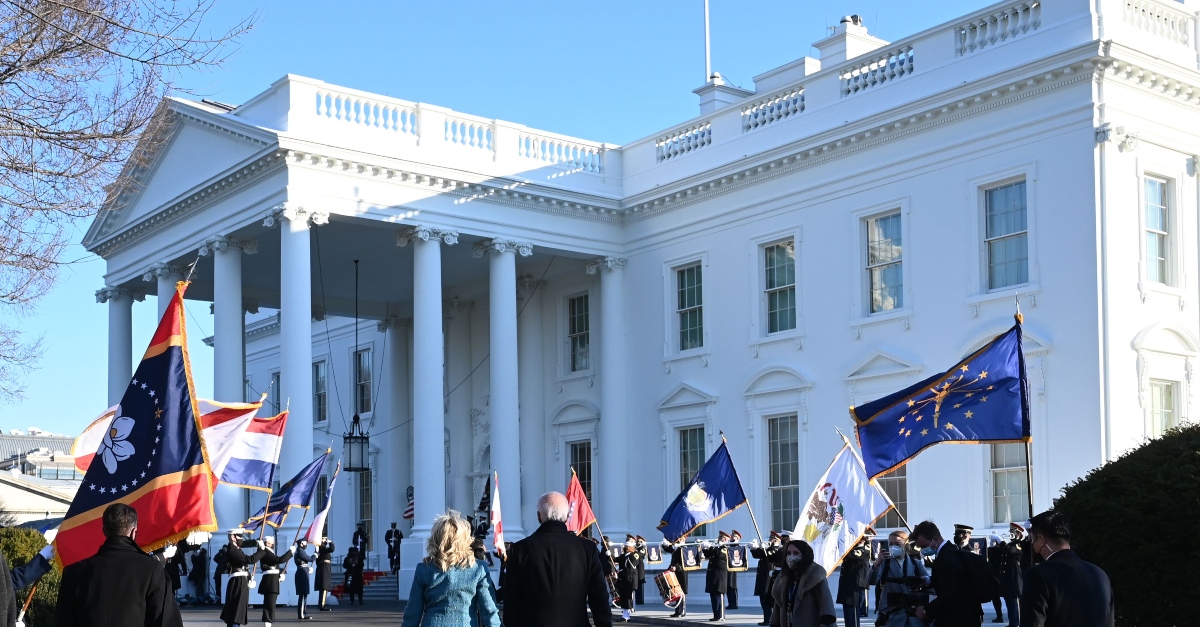 A North Carolina man has been accused in federal court of calling the White House switch board and saying he was going to kill everyone there.

“I’m going to come kill the President,” David Kyle Reeves, 27, said, according to the partially redacted affidavit obtained by Law&Crime.

Authorities say they got word from a White House switchboard operator on Jan. 28 that a caller threatened, “I am going to fucking kill you all. Fuck the White House. I am going to chop your heads off.”

It apparently did not take much to track down the caller. The phone was registered to Reeves. According to the affidavit, a Secret Service investigator called him on Feb. 1, asking about the threat. The defendant allegedly brought up free speech.

“I asked David REEVES to speak with me concerning the threat call he made to the White House,” the affiant wrote. “David REEVES did not want to talk about it. He stated he had free speech and did nothing wrong. He is allowed to say whatever he wants. REEVES then ended the conversation.”

Constitutional limits exist on freedom of speech. Most relevant here are “true” threats. Anyway, Reeves allegedly called him the Secret Service agent the same day. The investigator asked if the defendant was going to act out on the threat. Reeves allegedly confirmed it, saying he would kill everyone if he possessed a car, a gun, and security clearance to get close enough.

Reeves allegedly insisted it isn’t against the law to threaten people. Not that this needs fact-checking, but it is against the law. Actually, it is what he’s charged with: making a threat against the President of the United States. According to the affidavit, he said he also called the Capitol to say he was going to kill them. He allegedly also threatened to kill the affiant, and everyone in the world.

In another call to the White House switch board, Reeves allegedly threatened to kill “all of you, because I’m capable,” killing the president, and killing the Secret Service “because I own this whole planet.”

REEVES then requested the US Secret Service come pick him up, and take him to the White House so he can punch the President in the face, sit in his chair, and stay there until he dies. When asked how he would accomplish his goals, REEVES said he had robbed a house when he was 15 and stole 20 guns, and he would do it again, and then find transportation to Washington, DC to kill everyone.

Reeves’ attorney, public defender Kevin Tate, said in court on Monday that the defendant “may be taking” psychotropic medication, according to The Charlotte Observer. The lawyer wanted his client to have access while in jail. He declined to comment to the newspaper after the hearing, however. Accordingly, it remains unclear if and how the defense will use Reeves’s mental health history in the case.

Authorities noted previous arrests and charges including family violence, terroristic threats and acts, threatening life of a public employee, and bodily fluids on employee by prisoners.

You can read the affidavit here: