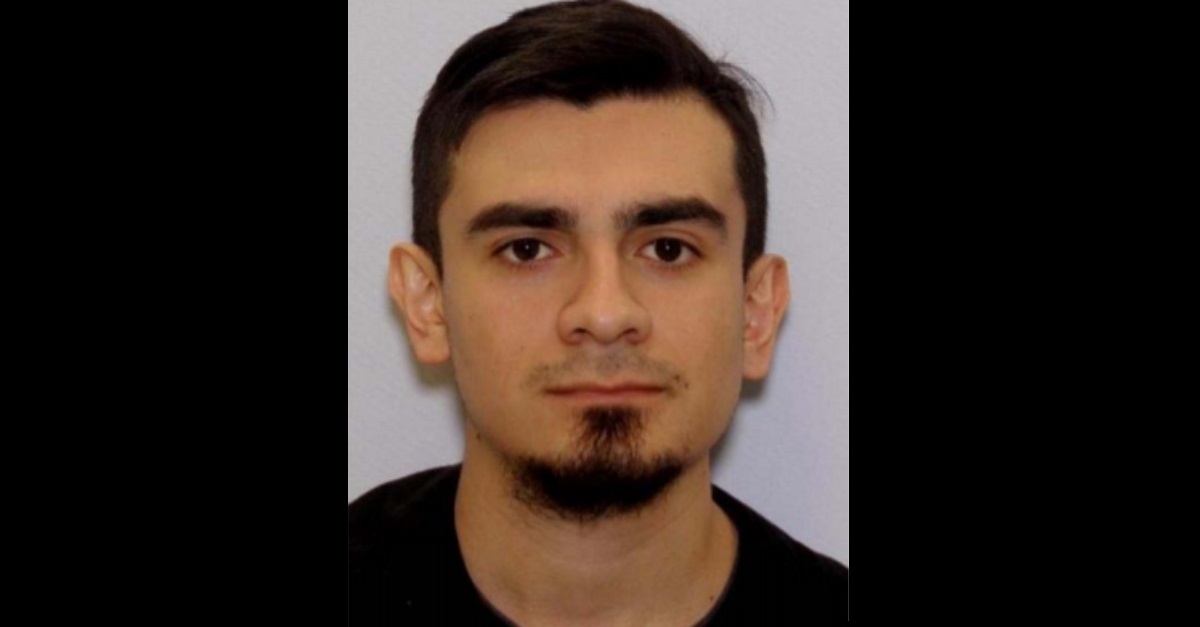 Authorities say a self-professed white supremacist–who had a history of fantasizing about violence–went to Capitol Building while on a trip to D.C. Bryan Betancur was arrested Sunday in Maryland, the DOJ says. Charges stem from him going to restricted grounds on the Capitol Building premises, authorities said. 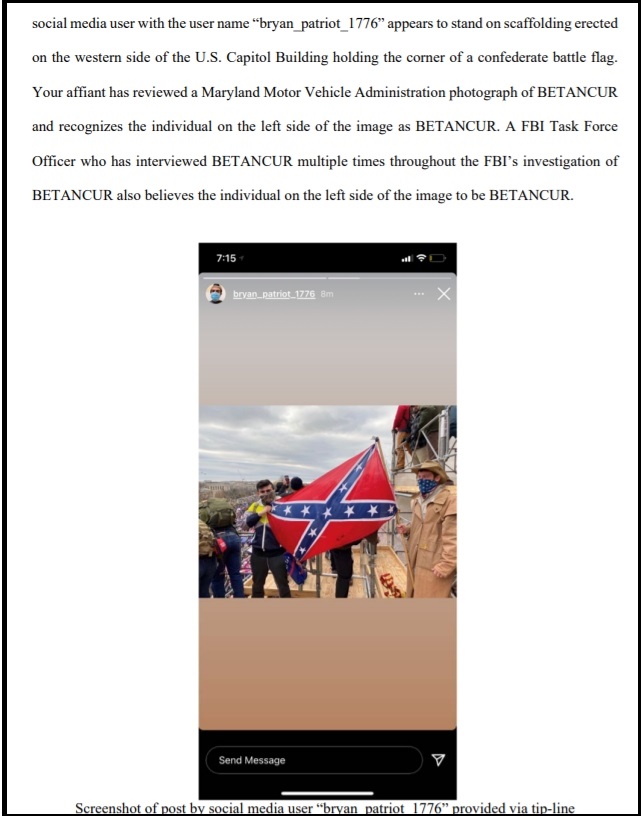 Betancur arrives with a bit of a history, judging by the affidavit. In the official account, this convicted burglar has told law enforcement he belonged to several white supremacy groups, and has not only thought about killing people, but “made comments about conducting a school shooting, and has researched mass shootings.” He was also a supporter of James Alex Fields, the neo-Nazi convicted of murdering anti-racist counter-protester Heather Heyer at the tragic Unite the Right white supremacist rally in 2017. Actually, he was allegedly more than a supporter. He allegedly took it as inspiration, saying he wanted to run people over with a vehicle, or kill people in church. (Incidentally, Dylann Roof was not mentioned in the affidavit.)

“BETANCUR subsequently stated that he had changed his mind about hurting people,” the FBI said. Nonetheless, the defendant allegedly continued to participate in racist, violent extremist groups online after his release for fourth-degree burglary, and “made increased verbalizations about his desire to be a ‘lone wolf killer.'”

The account of how Betancur ended up in D.C. allegedly started innocently enough. According to the FBI, he was on probation, but had gotten permission to go to Washington D.C. to distribute Bibles with Gideon International. So it was almost wasn’t strange that he got permission again, except this time, it was for a trip to take place January 6.

You see where this story is going. Investigators said Betancur went to the Capitol Building.

Authorities say Bryan Betancur, arrested today in connection to the U.S. Capitol insurrection, told them about his membership in “several white supremacy organizations.”

Court papers note the “ok” hand symbol has been “commonly used among white supremacy groups,” and this ADL primer explains how that came to pass. https://t.co/C3eV6SamYv pic.twitter.com/7Jl9qhfmMb

Betancur faces charges including unlawful activities on Capitol grounds, and disorderly conduct. It is unclear if he has an attorney in this matter.

[Image via Maryland Motor Vehicle Administration by way of FBI]