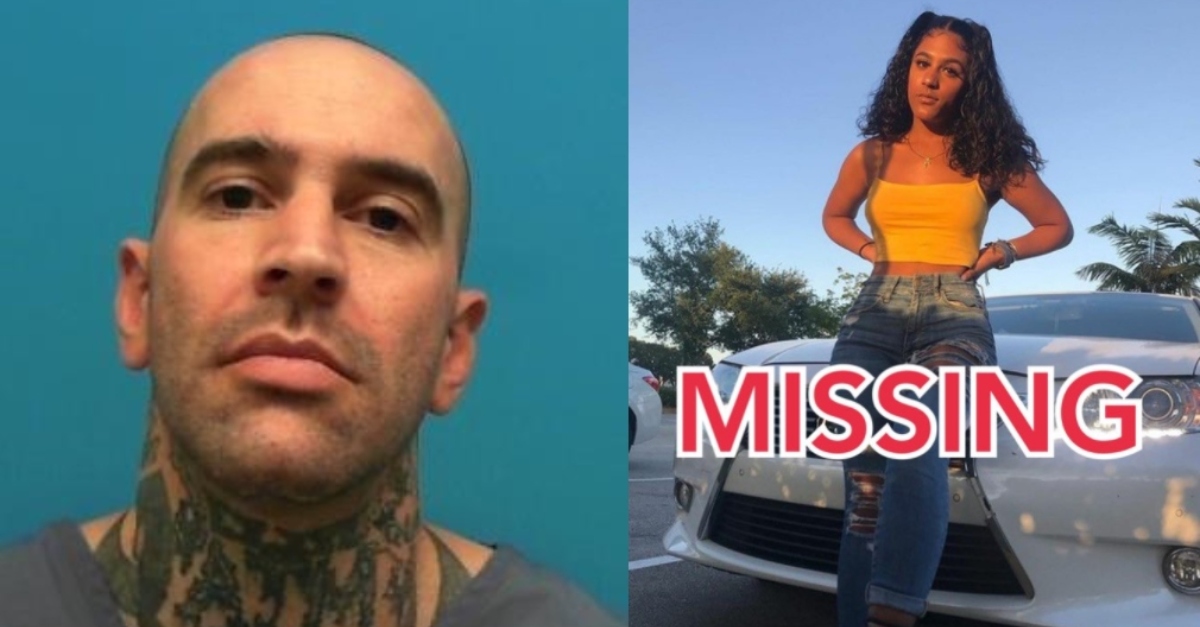 UPDATE: Jaddier Sanchez and Nicole Martinez were located earlier this morning in Alexandria, Virginia. Mr. Sanchez was safely taken into custody, and Nicole was taken to an area hospital with minor injuries. https://t.co/9ocGGmo6TP

You can read our original article below.

Police in Pembroke Pines, Florida are looking for a man who they say kidnapped an 18-year-old. Jaddier T. Sanchez, 37, has Nicole Martinez captive, cops said Sunday.

According to the police account, Martinez’s parents arrived home this morning at 12:30 p.m. Sanchez was there. At gunpoint, he forced the parents and Martinez into one of the parent’s 2007 red Dodge ram pick-up truck with the Florida Tag #PYDC13, officers said. Sanchez drove them to banks to withdraw money from ATMs, cops said.

He allegedly then went to the city of Belle Glade in Palm Beach County, where he left the parents on the side of the road, but he kept Martinez against her will.

Cops are vague about Sanchez’s link to the family. They only say the parents knew him through their daughter.

Sanchez is described as having large tattoos around his neck. Martinez is 5’3″, weighing 120 pounds, with black shoulder-length wavy hair, and tattoos on her “right/left” forearm, cops said. She was last seen wearing a gray hoodie and orange/black cheetah print shorts.

Jaddier Sanchez is considered armed & dangerous. He was last seen driving a 2007 red Dodge Ram truck (FL tag PYDC13) near Belle Glade, FL. Anyone with information regarding this incident is asked to contact police via 911 or 954-431-2200. 2/
➡️ https://t.co/4sxSGm9lIW pic.twitter.com/n85LNJ3cRU

The suspect is considered armed and dangerous, and the general public is advised to use caution.

We are working collaboratively with the FBI and other Law Enforcement partners, as this case
remains an active investigation.

Anyone with information regarding the whereabouts of the suspect, Victim #1 or the stolen
vehicle, is asked to contact police via 911 or the Pembroke Pines Police Department at 954-431- 2200.