Self-Declared ‘F***ing Stormtroopers’ from Georgia Who Said They ‘Did the Right Thing’ on Jan. 6 Now Face Federal Charges: DOJ 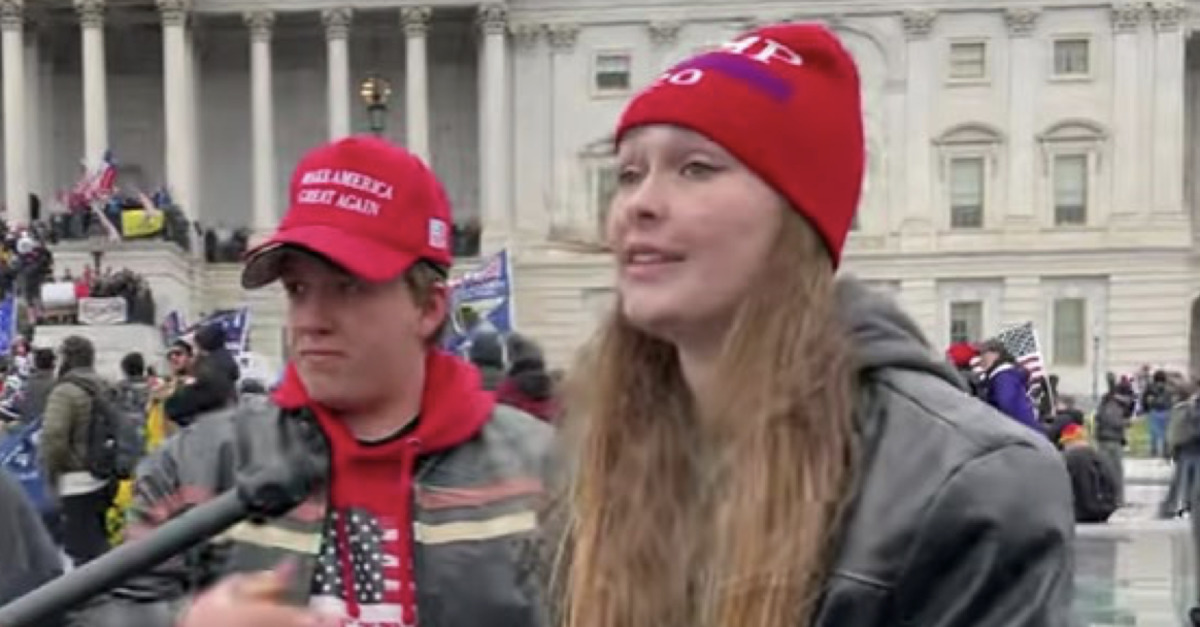 Federal prosecutors recently charged two additional defendants over their alleged roles in the Jan. 6 attack on the U.S. Capitol Complex.

Savannah McDonald, 20, and Nolan Kidd, 21, stand accused of four separate offenses with a combined potential punishment of three years in prison if convicted for the full suite of crimes.

Accused of trespassing on government property, disorderly conduct and protesting unlawfully, the two Georgia residents look likely to claim one notable, mitigating factor for their defense.

During interviews with FBI agents in mid January, the pair said they were allowed into the national legislative seat of government by police officers whom they suggested were friendly to the pro-Trump mob.

Those alleged excuses track with claims raised by several defendants in the hundreds of cases brought so far against alleged MAGA invaders.

Several initial videos of the infamous day suggest that at least some police officers resigned themselves to the situation or even permitted the mob to advance, while a later narrative asserts that many of the officers were overwhelmed and did not want to risk their own safety given the size of the threat and the relative lack of immediate backup.

Alleged security failures and deficiencies related to law enforcement’s response have been a keen point of debate and discussion in the months following the shocking display in Washington, D.C. The Capitol Police later admitted that they had intelligence warning them of substantial threats but didn’t do enough to act on that information.

McDonald and Kidd hewing to the line may or may not explain why the government took so long to charge them.

According to the FBI, investigators received tips about the duo’s alleged actions at the Capitol five days after the fact but McDonald and Kidd were only arrested last Friday.

“Just made it home, I have tons of photos and videos to share with you guys,” a Facebook post attributed to Kidd cited in court documents released Tuesday says.

Appended to that post were several images of the inside of the Capitol and an alleged image of Kidd “wearing a red hat and a black jacket with a red and yellow line.” 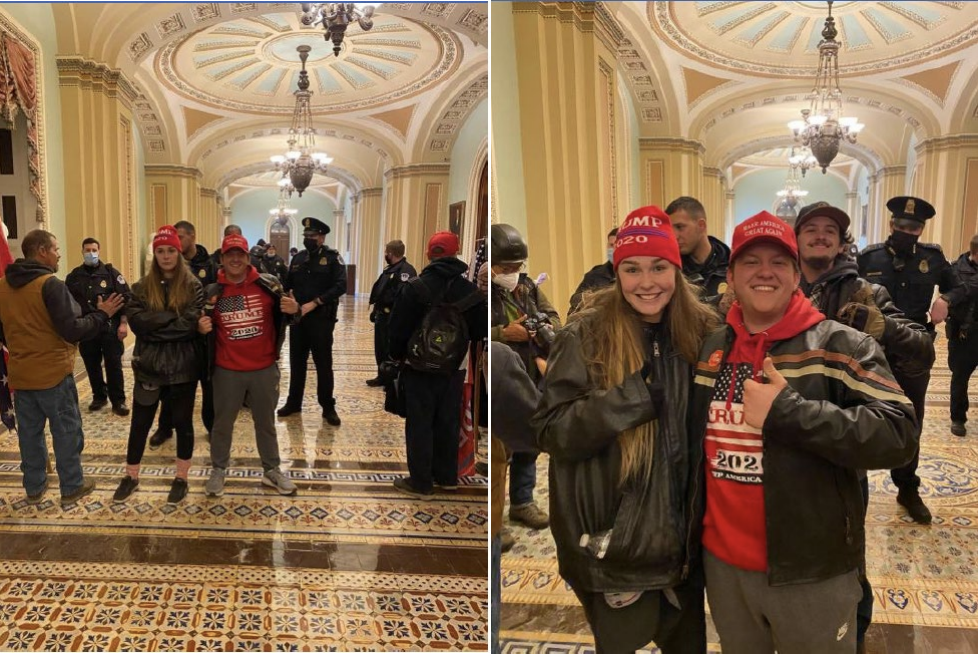 The duo also allegedly appeared in the background of a picture of perhaps the most infamous rioter of them all: Jacob Chansley. 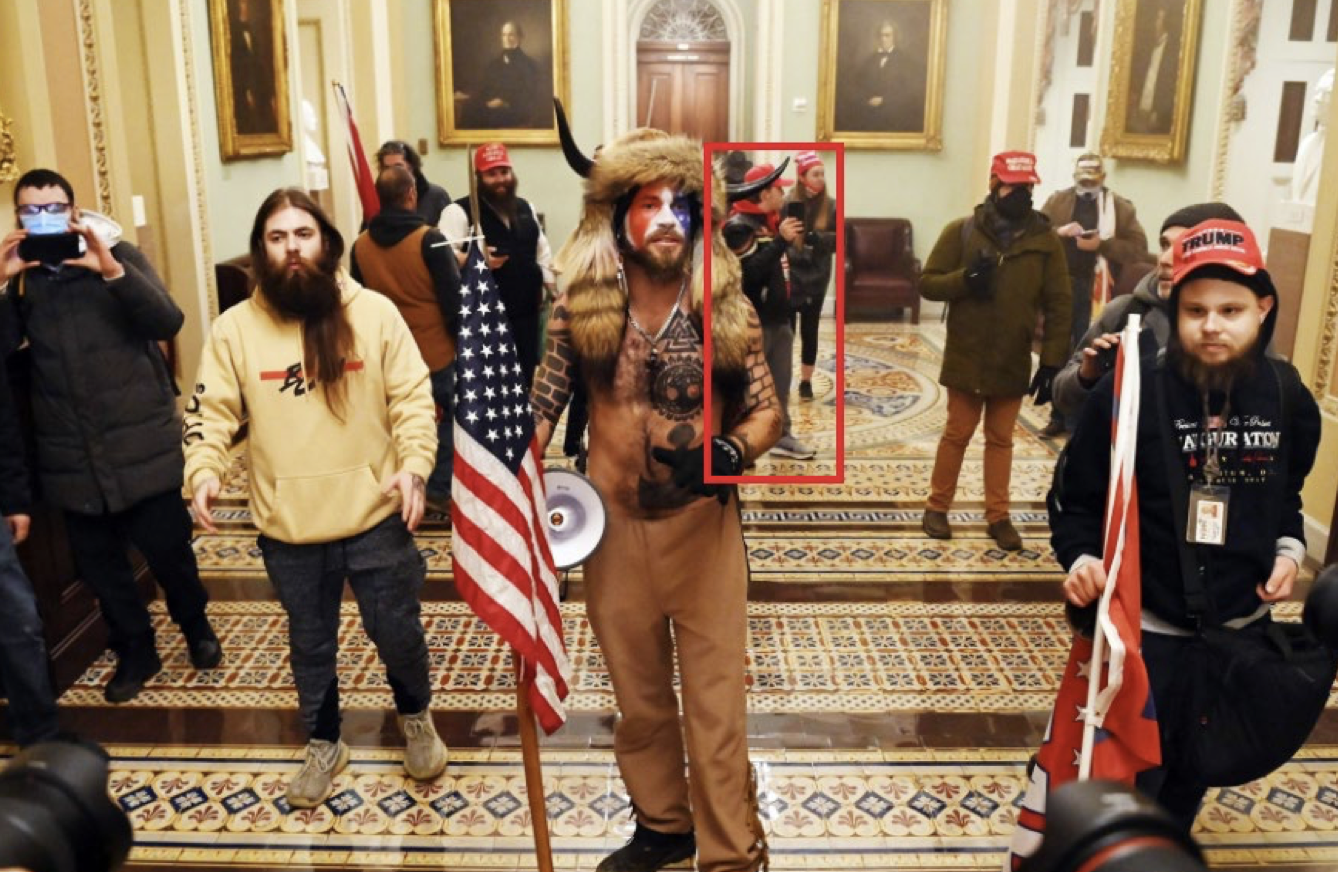 The charging documents make much of the clothes allegedly worn by the defendants in an effort to identify them:

During national news coverage of the aforementioned events, video footage which appeared to be captured on mobile devices of persons present on the scene depicted evidence of violations of local and federal law, including scores of individuals inside the U.S. Capitol building without authority to be there. Photographs and videos of several of these persons were disseminated via social media and other open source online platforms. These persons included: (1) a female, wearing a “TRUMP 2020” beanie hat, black jacket, black gloves, and black leggings, believed to be Savannah McDonald; and (2) a male, wearing a MAGA hat, a red sweatshirt, and a black jacket with a yellow and red stripe, believed to be Nolan Kidd.

Those clothes-based identifiers, however, likely won’t prove instrumental here because McDonald allegedly confirmed that she is the person in one of the photographs–bringing the claim that she and her traveling companion were allowed inside back to the foreground. 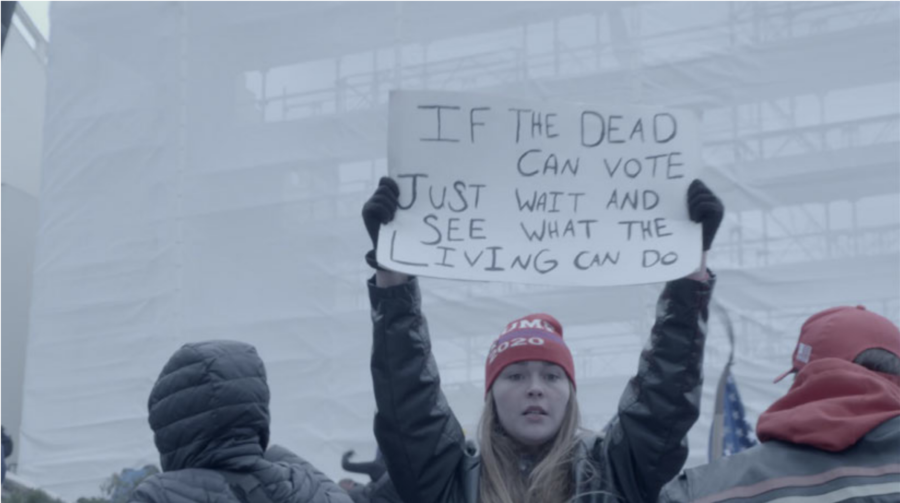 A YouTube video titled “Storming the Capitol” was posted by the Young Patriot Society in late January during which Kidd and McDonald appear to discuss their exploits.

“During the interview, McDonald confirmed they were part of the first 100 people to enter the Capitol,” the court papers note. “Kidd states, ‘We got in from the back.’ At 7:28, the video cut to video footage taken from inside of the Capitol. A man is behind the camera yelling, ‘We broke in. We own this building. This is our house.'”

At 8:49, the video footage depicted MCDONALD taking a video of herself stating, “I’ve been tear-gassed three times today. Three times.” A man behind the camera responds, “Me too. But we broke—we broke through.” At 9:42, MCDONALD can be heard stating, “We did not break in.”

The FBI, on the other hand, sought to quickly contradict the notion that McDonald and Kidd merely walked through open doors.

“[R]ioters can be observed pushing the law enforcement perimeter on the northwest stairs,” an unnamed special agent who works on terrorism-related cases claims in the document. “Approximately four minutes after the breach of the perimeter, highlighted in [a] red box [in the filing], McDonald and Kidd moved up the stairs.”

“McDonald and Kidd entered the U.S. Capitol through a Senate Fire Door approximately 14 seconds after it was breached from the inside by unauthorized individuals,” the government further alleges. 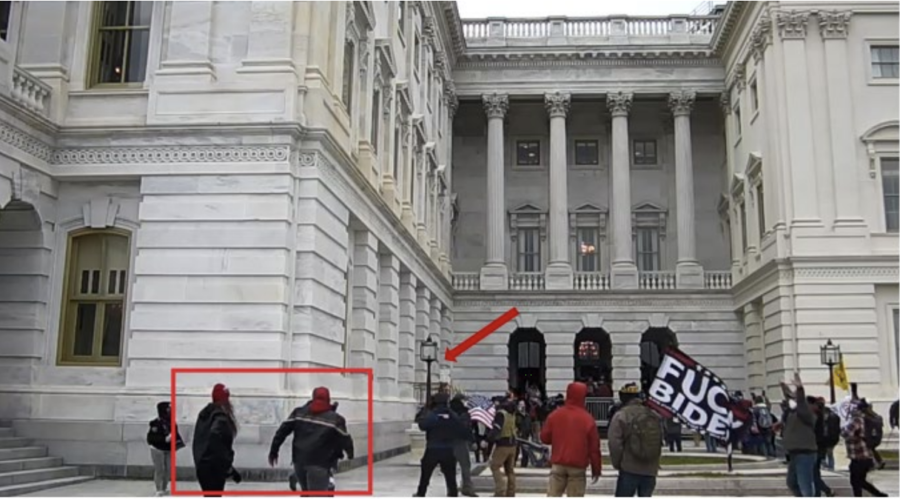 The government also puts forth the idea that Kidd, at least, was fearful of being charged–likely to be raised as an indicator of a guilty mind by the prosecution.

“[O]n January 7, 2021, in a private message, an individual asked Kidd, ‘Why did you remove your pics,’ to which Kidd responded, ‘The FBI are trying to identify anyone that inside and press charges.'”

McDonald and Kidd both allegedly engaged in some unrepentant boasting about their role in the right-wing riot, going so far as to dub themselves “FUCKING STORMTROOPERS” who “did the right thing.”

Again, the charging document, at length:

[O]n January 6, 2021, at 10:54 pm, an individual with [the Snapchat] username “nolie1174,” believed to be KIDD, posted a video in a group chat with MCDONALD. In the video KIDD and MCDONALD are inside the U.S. Capitol, and MCDONALD states “I’m the only girl that made it into the Senate.”