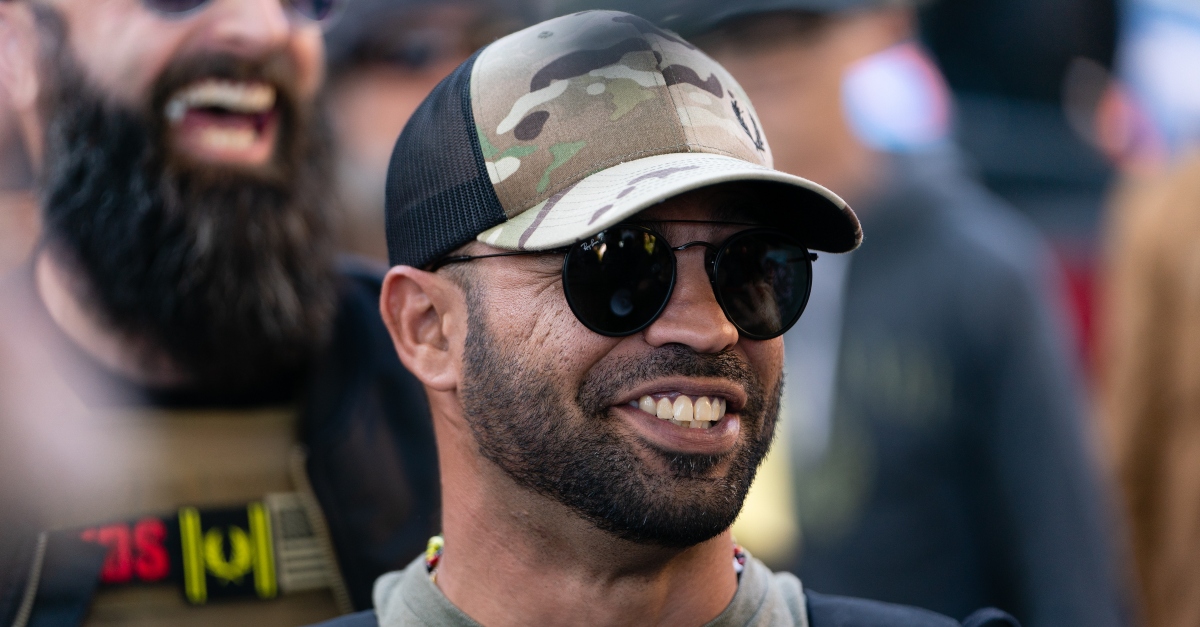 Enrique Tarrio, chairman of the infamous far-right group the Proud Boys, served as an undercover informer for federal and local officials in the early 2010s, according to a new report from Reuters.

This is notable because several members of his group were arrested in the January 6 riot at the Capitol Building. Authorities are looking into how much they planned their actions ahead of that day, during which many documented Trump supporters raided the premises. Investigators have noted members had communication devices on them. One of those defendants was allegedly linked to a certain group of people who wanted to kill both House Speaker Nancy Pelosi and then-Vice President Mike Pence, the latter of whom President Donald Trump recently threw under the bus. The Proud Boys leader was not at the Capitol on the 6th, however. He was barred from D.C. because of a recent arrest which accuses him of possessing high-capacity ammunition magazines and burning the Black Lives Mater banner of an historical Black church.

Tarrio and two co-defendants pleaded guilty in a fraud case in 2014 over stolen diabetes test kits. Enrique told Reuters that his sentence was knocked down from 30 months to 16, but said that was because he and the co-defendants helped federal authorities sorted out what happened in the case. He denied working to investigate other people.

Reuters, however, cited a former federal prosecutor and the transcript of a 2014 court hearing. In that hearing, the prosecutor said Tarrio gave information which led to the prosecutions of 13 people — and to the investigation of a gambling ring.

Even Tarrio’s then-attorney, Jeffrey Feiler, said at the time that his client was undercover in investigation into the sale of anabolic steroids, prescription narcotics, and one matter in which Tarrio “at his own risk” negotiated a $11,000 payment to bring his family members to the United States from another country. Feiler used the word “prolific” to describe his client’s behavior.

When asked recently about the matter, Feiler said he did not remember the specifics of the case, but he did say the information he discussed when the case was ongoing came from “law enforcement and the prosecutor.”

The denial from the Proud Boys leader flies in the face of these statements from the prosecutor, his former attorney, and the transcript, which cited an FBI agent’s reference to Tarrio as “a key component” of federal drug investigations.

“I don’t know any of this,” Tarrio said with regard to the transcript. “I don’t recall any of this.”

It remains to be seen if the Reuters report will result in any concrete ramifications, including to his status with the Proud Boys (a self-stylized “Western Chauvinist” group that brawls with perceived enemies from the left wing). The outlet noted there’s no evidence Tarrio cooperated with authorities recently. Tarrio became the national chairman of the Proud Boys in 2018.

A second police officer has committed suicide after responding to the Jan. 6 riot at the Capitol. Officer Jeffrey Smith took his own life, the acting DC MPD chief told the House Appropriations Cmte yesterday, per his prepared remarks