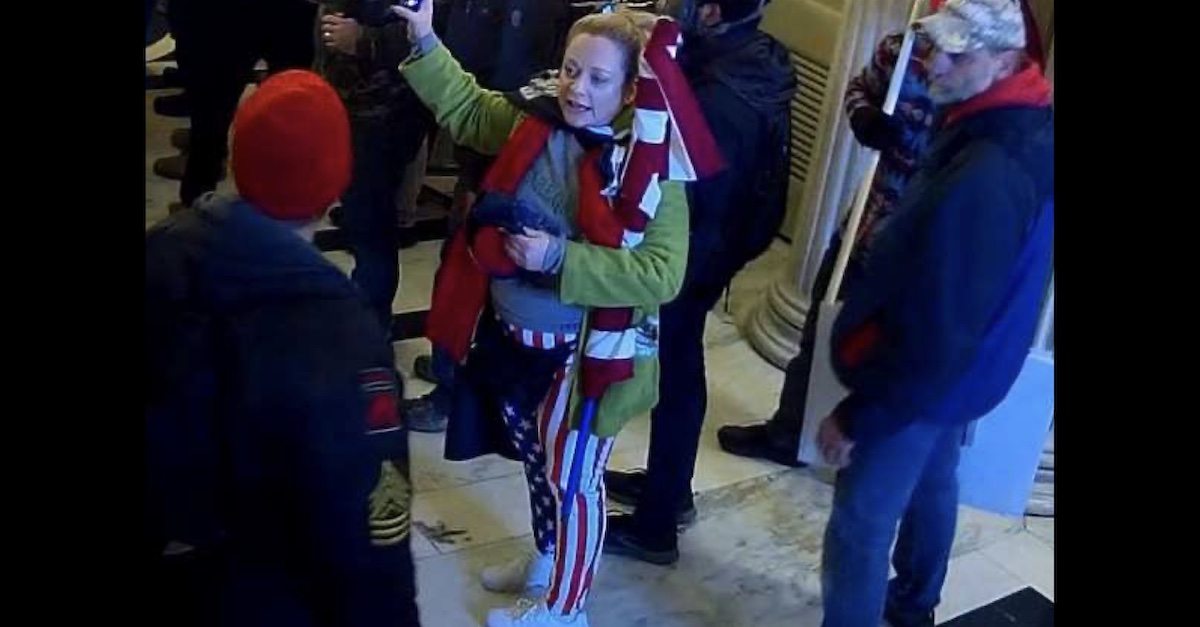 The Department of Justice said Wednesday that a New York woman was identified, arrested and charged for her actions on Jan. 6 thanks to Google location data that was obtained pursuant to a search warrant. Traci J. Sunstrum is the woman who was photographed holding up a cell phone and wearing “a green jacket and stars-and-stripes pants,” the FBI statement of facts in Sunstrum’s case says.

Sunstrum, 44, first landed on the feds’ radar on Jan. 12. The FBI said it received an anonymous tip that Sunstrum “was observed on a Facebook Live steam (sic) from inside the U.S. Capitol building.” The government said it obtained a search warrant and served it on Google, which yielded location data that confirmed that a device associated with an Google account belonging to the suspect was inside the Capitol at the time a pro-Trump mob stormed the premises.

The FBI cited several other photographs of the suspect, noting that the same recognizable “stars-and-stripes” pants appeared in each. The FBI further referenced an image of the suspect that appeared in a National Law Journal article. 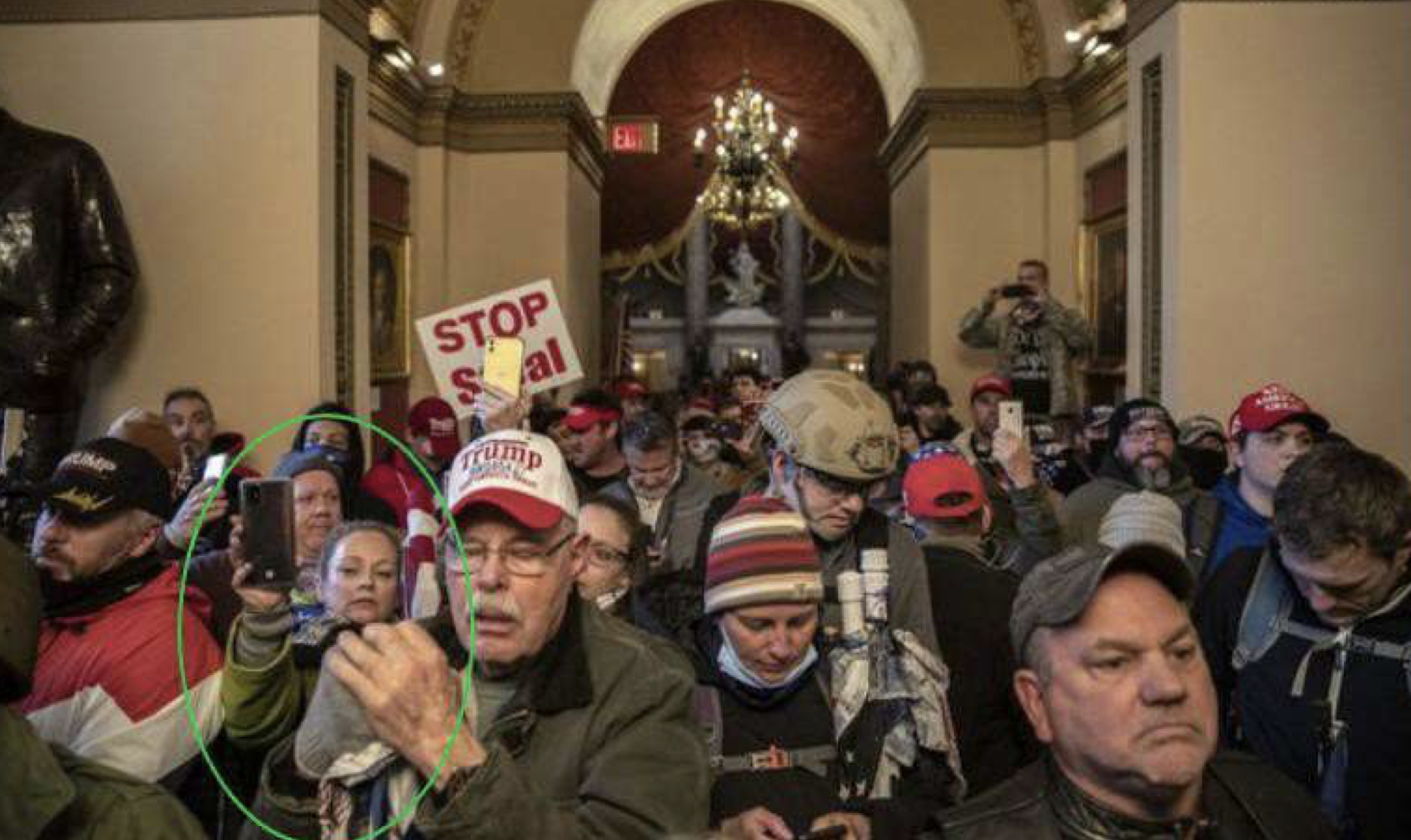 “Finally, your affiant reviewed a photo of a person whom I believe to be SUNSTRUM, which was posted on The National Law Journal (www.law.com) under the heading ‘Inciting a Riot: Legal Community Erupts in Calls for Trump’s Removal as Mob Storms Capitol.’ I believe this photo (Photo 7), which was taken inside the U.S. Capitol on January6, 2021, shows SUNSTRUM inside the U.S. Capitol,” documents said.

Sunstrum, reportedly from Amherst, New York (near Buffalo), was arrested on Wednesday in her home state. Federal records show that a person with the same name from Amherst filed for Chapter 7 bankruptcy in Dec. 2012. That case was closed in April 2013. A LinkedIn page for a Traci Sunstrum from the Buffalo area says she is a self-employed insurance and reinsurance broker.