‘It Was F***ing Fun’: Girlfriend’s Instagram Account Leads Undercover FBI Agents to Man Who Bragged He Stormed the Capitol 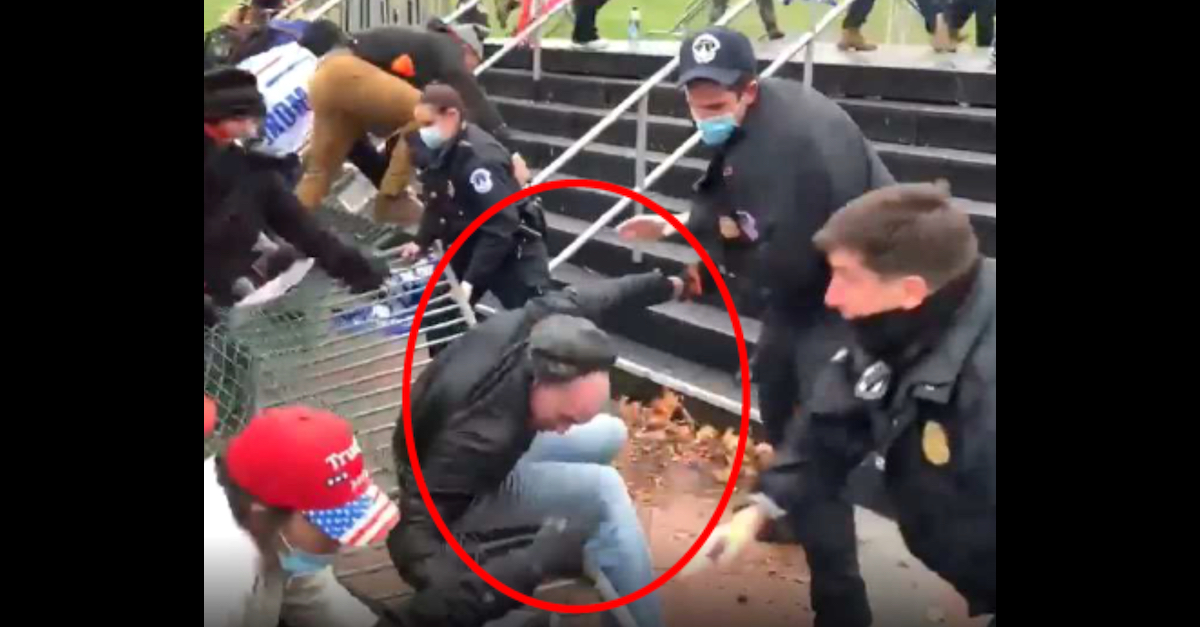 A Kentucky man is facing three charges after the FBI says he admitted to taking part in the Jan. 6 siege on the U.S. Capitol Complex in Washington, D.C. Federal agents caught Stephen Chase Randolph, 31, of Harrodsburg, using photos and videos taken on the day of the deadly breach, facial recognition technology, his supposed girlfriend’s Instagram account, and an undercover interview with Randolph himself while he was at work.

“[T]wo FBI agents, acting in an undercover capacity, surreptitiously recorded a conversation with RANDOLPH at his workplace,” reads an FBI statement of facts on file in U.S. District Court for the District of Columbia. “During the interaction, RANDOLPH, who identified himself as ‘Stephen,’ admitted attending the riots at the U.S. Capitol on January 6, 2021.”

The court papers continue by alleging Randolph bragged about his exploits — including watching a “female police officer get pushed over by barricades” and possibly suffering a concussion:

A press release issued by the U.S. Department of Justice said the officer was rendered unconscious. 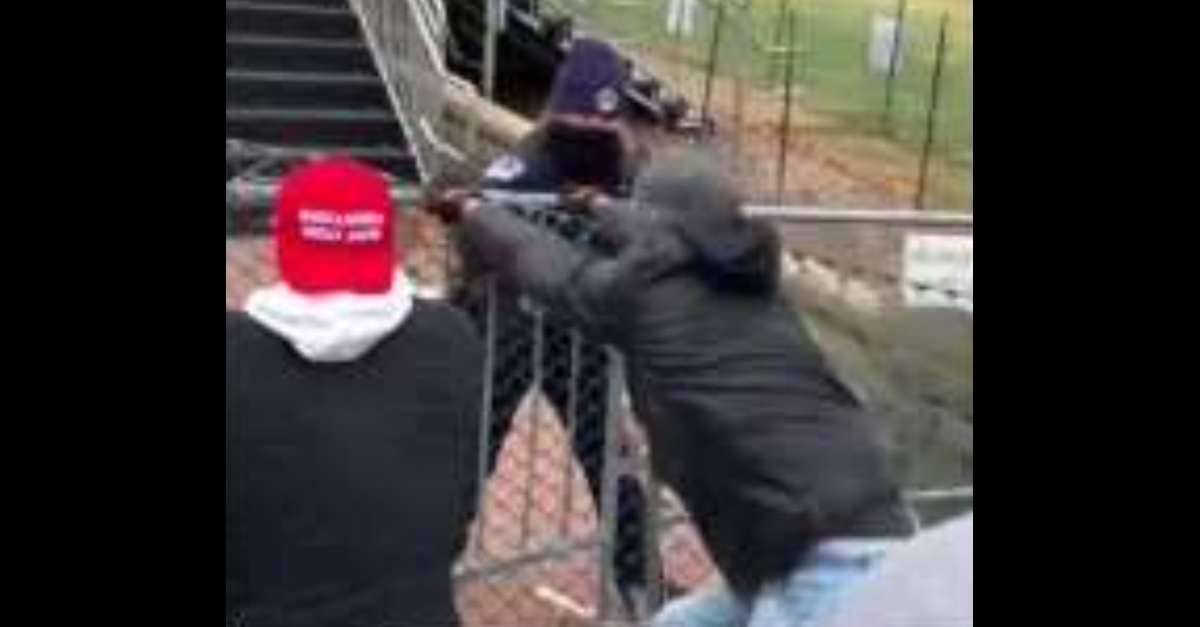 A video screen grab embedded within federal court documents shows Stephen Chase Randolph shoving a barricade and knocking an officer to the ground.

Video from the scene showed Randolph “forcibly pushing and pulling” on “metal barricades, causing a USCP officer to fall and hit her head on the stairs before losing consciousness,” the press release added. “He continued to assault two other USCP officers by physically pushing, shoving, grabbing and generally resisting the officers.”

According to court documents, the FBI identified the defendant in part through the Twitter account @SeditionHunters, which posted pictures of the man they eventually determined was Randolph. The defendant’s clothing (a grey Carhartt toboggan, a black jacket with a breast pocket on each side and stitching detail on each sleeve, and a grey turtleneck) were key spotting features which helped agents and tipsters track Randolph’s movements across multiple images and videos taken Jan. 6. 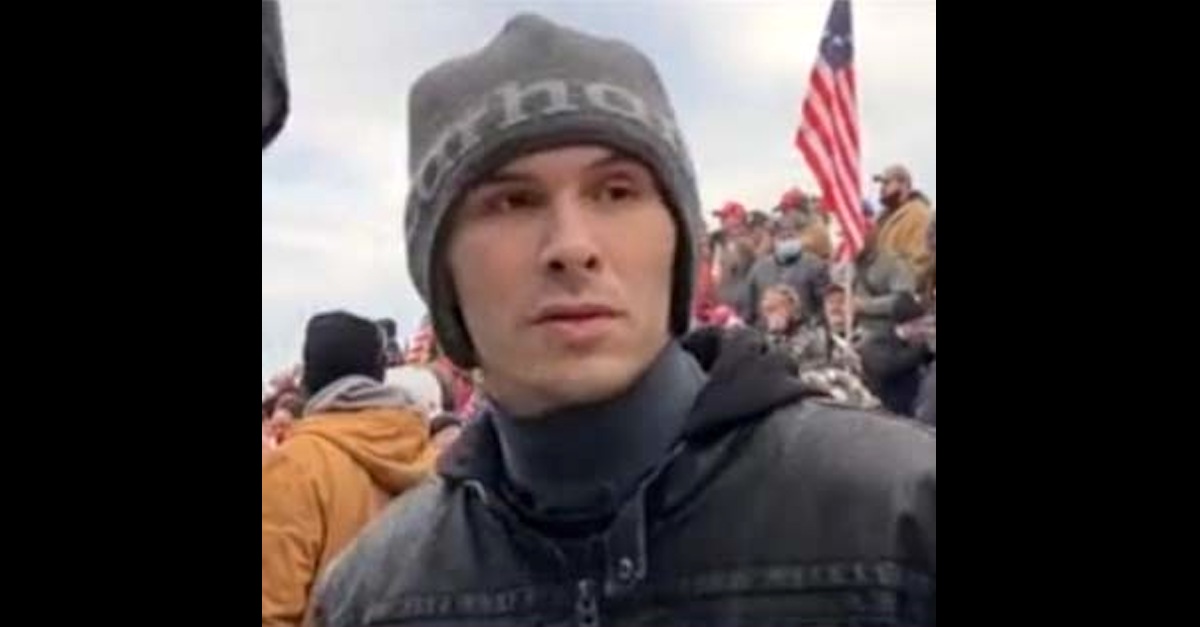 A clear image of the suspect’s face — originally known as image 168-AFO — was submitted to what the FBI called “an open source facial comparison tool, known to provide reliable results in the past.”  That “tool yielded results associated with the Instagram page” of an individual identified as someone believed to be Randolph’s girlfriend.  Several of the Instagram photos showed Randolph wearing the same clothes he wore at the capitol.  The Instagram account yielded a first name; subsequent checks through Facebook accounts of friends and relatives yielded the defendant’s first, middle, and last name.  The FBI then pulled Randolph’s driver’s license photo, which appeared to show the same person caught on video at the capitol. 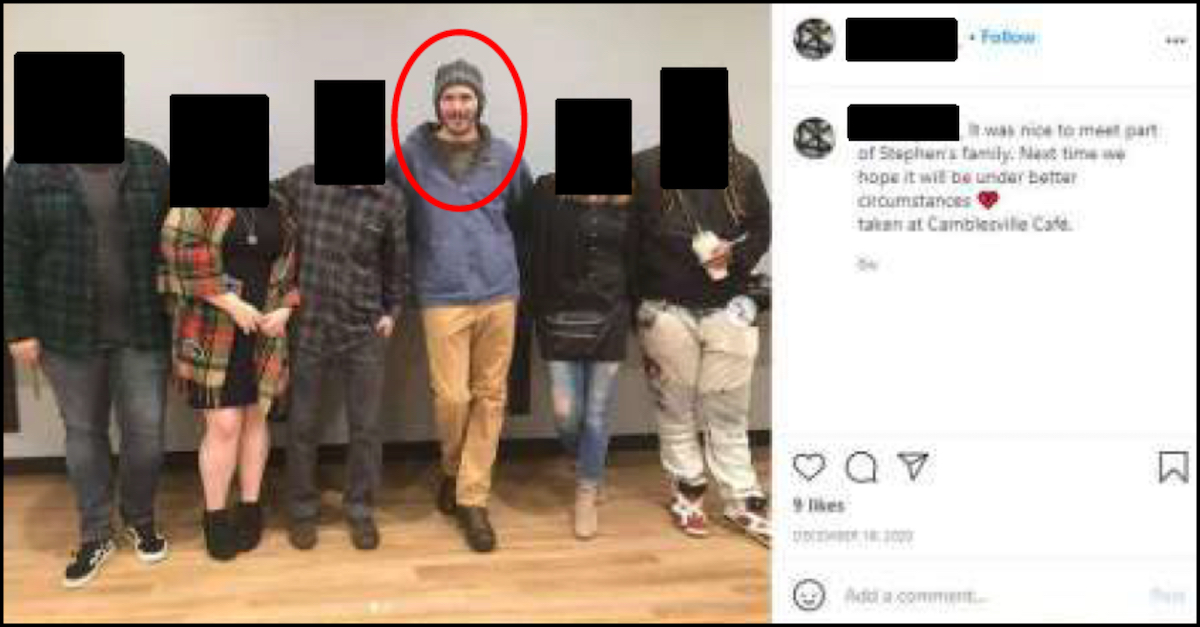 This partially redacted Instagram post embedded within federal court documents is what the FBI says helped crack the case.

The defendant’s admission to undercover federal agents provided enough confirmation for the FBI to make an arrest.  According to court records, Randolph was wearing some of the same clothing mentioned above when agents talked to him at work.

Randolph is charged with assaulting, resisting or impeding an officer causing bodily injury; obstruction of law enforcement during civil disorder; and obstruction of justice and Congress.

Read the court papers below.

[images via the FBI and  federal court documents]