New York Man Sentenced to Jail Time After His Own Phone Recording Undermined Claim That He Didn’t See Violence on Jan. 6 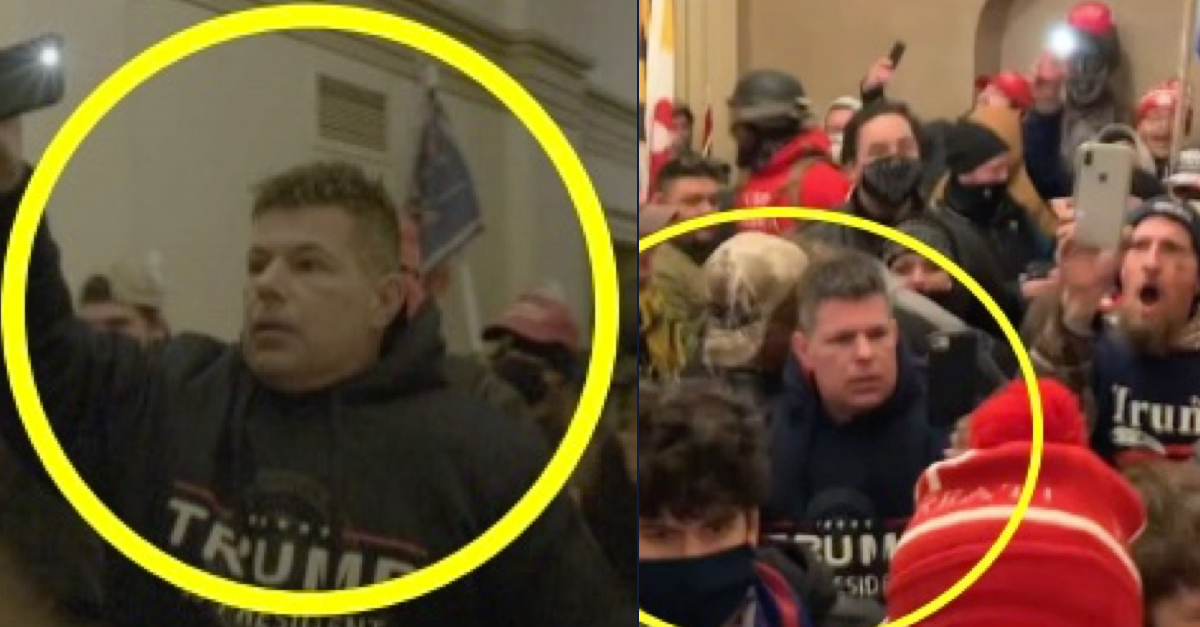 A man from New York state who spent about 40 minutes in the U.S. Capitol building on Jan. 6 has been sentenced to intermittent jail time and three years of probation after pleading guilty to a misdemeanor.

Anthony Vuksanaj, 52, made a 10-hour round-trip drive to Washington D.C. from his home in Mahopac, New York, on Jan. 6 with a plan to see Donald Trump speak at his so-called “Stop the Steal” rally. Vuksanaj then joined the hundreds of Trump supporters who marched to the Capitol grounds and ultimately overran the relatively sparse police force there, breaching the Capitol and forcing the temporary evacuation of lawmakers certifying Joe Biden’s 2020 electoral win.

Vuksanaj spent about 40 minutes inside the Capitol, at one point making his way up to the second floor. He was seen inside the Rotunda, the Crypt, the Ohio Clock Corridor, Statuary Hall, and other areas. He pleaded guilty in January to a single charge of parading, demonstrating, or picketing in the Capitol.

Prosecutors had asked for three months in jail and three years of probation. Vuksanaj had requested a sentence of probation only.

“How Are We in Trouble When the Police Let Us In?”

Vuksanaj had told federal investigators that he didn’t see any violence taking place outside the Capitol that day, and if he had, he would have turned around and left.

The sentencing memo from the government, however, suggests otherwise, and included a clip from a video Vuksanaj himself took that showed members of the crowd inside the crypt “violently confronting police officers who denied the crowd’s chants to ‘Let us through, let us through.'” 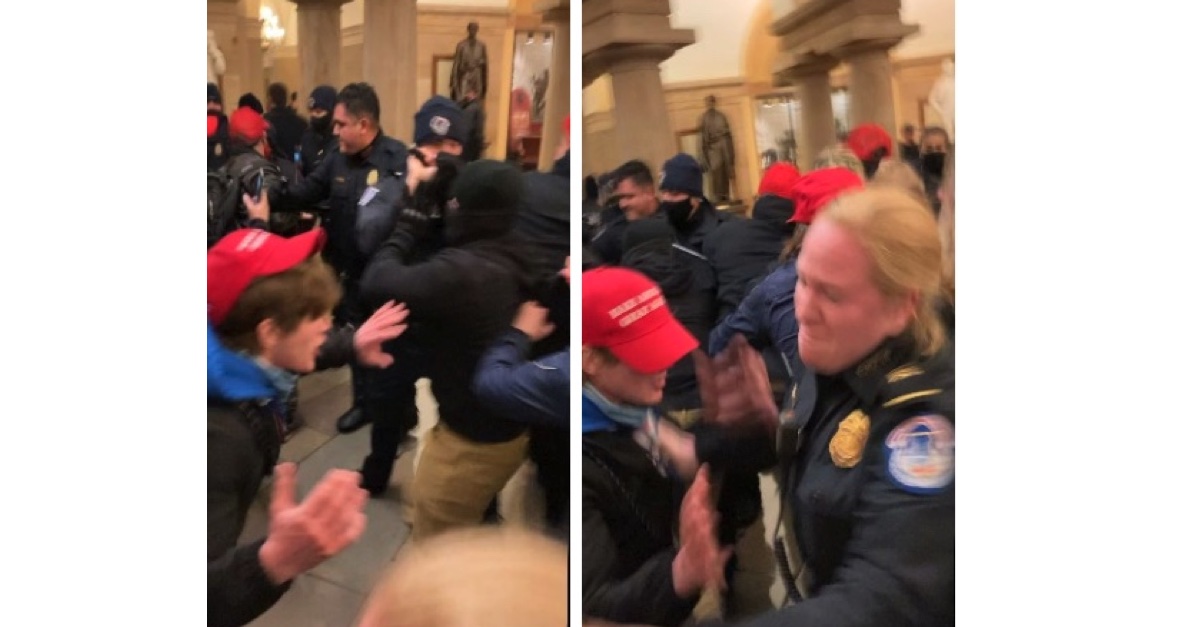 Although Vuksanaj was not accused of engaging in violence himself during the Capitol riot, pictures and video show that he was at the front of a crowd that was forced back by officers. Prosecutors also said that he joined the crowd in chanting slogans like “Whose house? Our house,” “You serve us,” and calling out the names of House Speaker Nancy Pelosi (D-Calif.) and Senate Minority Leader Mitch McConnell (R-Ky.).

In court on Friday, Vuksanaj denied chanting those slogans, and said that what he saw at the Capitol was a peaceful protest. He was so insistent on this point that he interrupted Howell repeatedly as she was issuing her sentence.

“No one was trying to do that,” he said as Howell described the riots as an effort to overthrow the government by blocking the peaceful transition of power.

“I saw the videos,” Howell replied.

Vuksanaj insisted that he didn’t see violence when he was at the Capitol.

“You’re not helping yourself,” Howell warned.

On that last point, Vuksanaj appeared to echo an argument made by Matthew Martin, a Jan. 6 defendant whom U.S. District Judge Trevor McFadden, a Trump appointee, ultimately acquitted in a bench trial.

“It’s important to pause to address this apparent perception that the fact that the police who were overwhelmed at the time didn’t stop someone from engaging in unlawful conduct somehow makes that unlawful conduct of breaching the Capitol lawful,” Howell said. “It does not.”

“[This is] a basic legal principle that I will repeat as often as necessary,” she continued, adding: “No matter what he perceived the police to be doing, police inaction does not somehow make unlawful conduct legal.”

“He Had Great Mobility.”

Howell also expressed skepticism about Vuksanaj’s claim that he was permanently disabled from a 2011 car accident.

“I have to say, he doesn’t look permanently disabled to me,” Howell said. “Not given his five-hour drive to and from his home to Washington, D.C., standing and watching this rally, walking two miles to the Capitol, walking all the way through the Capitol[.]”

“That’s not a man who looks permanently disabled. He had great mobility,” Howell added. She urged prosecutor Alison Prout to refer Vuksanaj’s disability case to the Social Security Administration, which has apparently been sending Vuksanaj monthly payments for a decade.

Howell also cited Vuksanaj’s criminal history as an additional reason for sentencing him to jail, noting that the fact that has received probation sentences for a variety of charges since 2011 “certainly hasn’t deterred him from engaging in criminal conduct.”

Vuksanaj has had eight convictions since 1992, and was facing state charges in New York stemming from two separate arrests in 2019 when he went to the Capitol on Jan. 6, 2021.

“In most of his prior convictions, the defendant has received probation sentences or fines,” Howell said. “All of these interactions with the criminal justice system have not made him pause, perhaps because the previous probation sentences that have been imposed did not make an impression.”

Howell also noted that when Vuksanaj was arrested, he was found with four firearms in his home, including a loaded automatic rifle next to his bed.

Howell’s sentence—probation with a condition of intermittent incarceration—allowed her to dodge the issue of “split sentences,” a legal question that has divided the D.C. district. Howell said that the issue of whether federal law allows for a sentence of both jail and probation for petty misdemeanors, such as the parading and picketing charge, would ultimately have to be decided by an appeals court, perhaps even the Supreme Court of the United States itself.