Men Accused of Crushing Cop in Capitol Attack to Receive Bench Trial Before Only Judge with History of Jan. 6 Acquittals 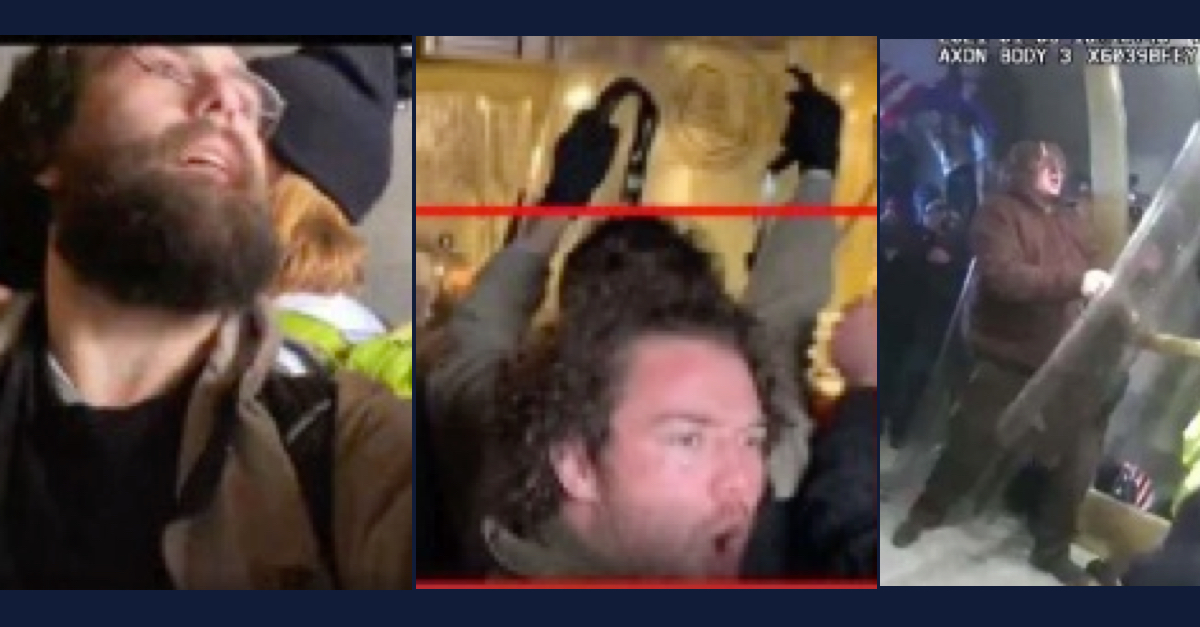 Four defendants accused of participating in the assault on Capitol grounds of a Metropolitan Police officer — whose haunting cries were caught on camera as a crowd of angry rioters continued to press forward — have opted for a bench trial before the only judge who has acquitted any of the Jan. 6 defendants.

The men are charged alongside five other defendants in the case involving Daniel Hodges, the Metropolitan Police officer who was crushed in a doorway during the melee at the Capitol, when Donald Trump supporters descended on the building in protest of Joe Biden’s electoral win. The riot halted Congress’ certification of the Electoral College vote and forced lawmakers and staff to either evacuate or shelter in place for hours.

The tersely worded waivers from McCaughey, Stevens, Morss, and Mehaffie got straight to the point.

“With the consent of the United States Attorney and the approval of the Court, the defendant waives his right to trial by jury,” each waiver said.

Prosecutors did not oppose the request.

The move can hardly be considered a surprise: Judge McFadden, a Trump appointee, is the only district judge so far to have acquitted Jan. 6 defendants in bench trials.

In March, McFadden acquitted “Cowboys for Trump” founder Couy Griffin of two misdemeanors and convicted him of two others in March.

In April, McFadden acquitted Matthew Martin four misdemeanor charges, finding that it was “plausible” that the defendant believed police officers at the Capitol had given him permission to enter.

Jury trials, meanwhile, have resulted in victories for the federal government, which has arrested more than 860 people in connection with the Capitol attack.

One of those convictions occurred in McFadden’s own court, when Adolf Hitler fan Timothy Hale-Cusanelli was convicted of one felony and four misdemeanors. In that case, McFadden had expressed skepticism that Hale-Cusanelli was being truthful in his sworn testimony.

The McCaughey defendants face significantly more serious charges than either of the two acquitted by McFadden, including assault, assault with a deadly or dangerous weapon, attempted robbery, and obstruction of an official proceeding of Congress, a felony punishable by up to 20 years in prison.

A lawyer for Morss told Law&Crime in an email that Hale-Cusanelli’s conviction was a key factor in deciding to forego a jury trial.

“Having sat through much of the Hale-Cucinelli jury trial and being familiar with the statistics reflecting the extreme hostility of DC residents to these defendants, a trial before Judge McFadden alone appears more likely to yield a fair outcome,” attorney John Kiyonaga said.

“There have been 6 jury trials thus far and, in all six cases, the defendants were convicted on all counts after very limited juror deliberation,” Urso said in an email. “Our joint Motion for Change of Venue was recently denied. All defendants and their counsel then agreed that, under all of the relevant circumstances, the clients had the best chance to get a fair trial before the Court, rather than a DC jury.”

The lawyers’ assessment of D.C. juries is not particularly unusual among the most high-profile Jan. 6 cases. Lawyers in the case of Oath Keepers founder Stewart Rhodes and his co-defendants, who are charged with seditious conspiracy and other felonies, have made similar arguments that their clients would not be able to get a fair trial in the same city where the Capitol attack took place. So far, judges have denied those claims, ruling that the jury selection process should weed out any potentially biased jurors.

McFadden has similarly denied motions in this case to move the matter to a different jurisdiction, although he complimented the defendants’ efforts and left the door open for such a move to happen.

“Despite the impressive amount of evidence arrayed by Defendants, the D.C. Circuit encourages district courts to undertake voir dire to probe the extent of juror prejudice,” McFadden wrote in a court order earlier this month (citations omitted). “And the four factors in Skilling v. United States, do not suggest that this is the ‘extreme case’ in which the Court may presume prejudice before voir dire. Defendants thus may raise these concerns again after voir dire.”

The bench trial of McCaughey, Stevens, Morss, and Mehaffie is set to start on Aug. 29. It’s the first of two trials planned in the nine-defendant case; the trial of defendants David Lee Judd, Christopher Joseph Quaglin, Steven Cappuccio, and Federico “Freddie” Guillermo Klein is set for Oct. 3.

According to the court docket, defendant Geoffrey William Sills has a plea agreement hearing set for Aug. 23.

Editor’s note: This story has been update to include comments from McCaughey’s attorney.