Massachusetts Man Sentenced to Prison After Bragging About Getting ‘Two Hits in on the Same Rookie Cop’ Following Jan. 6 Attack 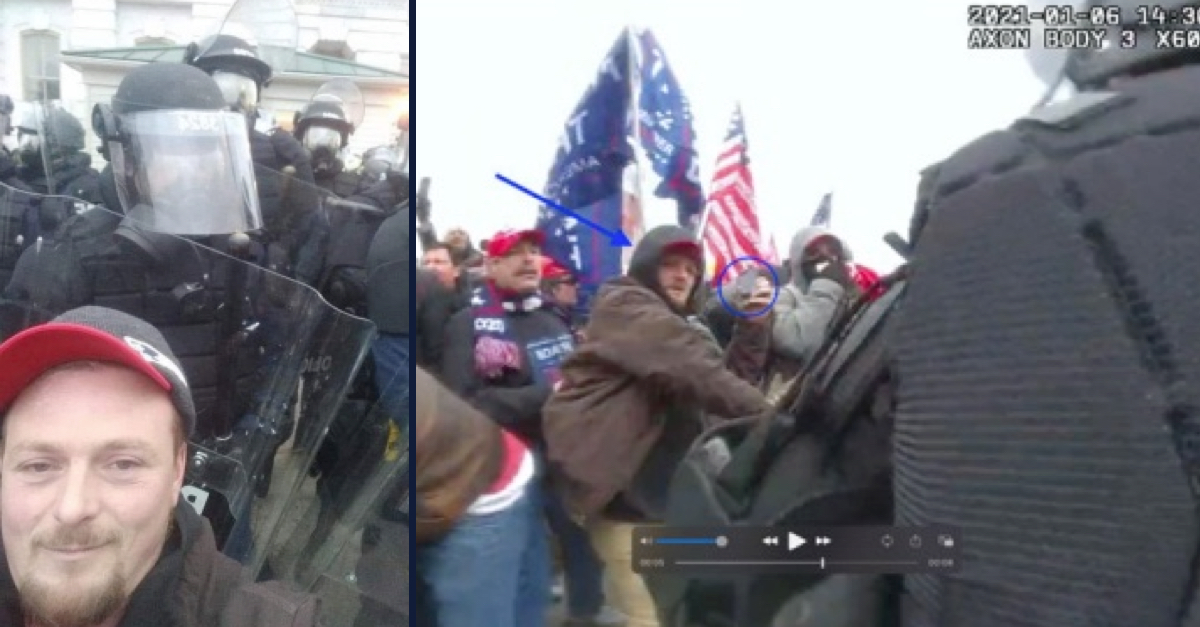 A Massachusetts man who admitted to assaulting a police officer during the Jan. 6 attack on the U.S. Capitol has been sentenced to more than a year behind bars.

Troy Sargent, 38, was part of a crowd of rioters facing off against police on Capitol grounds on Jan. 6, when Donald Trump supporters overwhelmed law enforcement and stormed the building as Congress was certifying Joe Biden’s win in the 2020 presidential election. The breach forced Congress to halt the proceeding as lawmakers and staff either evacuated or sheltered in place for hours.

According to the Justice Department, Sargent stepped forward from that crowd at around 2:30 p.m. that day, some 15 minutes after the initial breach into the building had already occurred.

“[H]e stepped forward from the crowd and swung his open hand towards a U.S. Capitol Police Officer, making contact with the officer,” the DOJ said in a press release Monday. “Immediately afterward, another officer instructed Sargent and others, ‘Do not start attacking people.'”

Thirty seconds later, the DOJ said, Sargent “again advanced toward the front of the crowd and swung his open hand towards the same officer; this time, he made contact with someone else in the crowd.”

The DOJ said that Sargent had intended to make contact with the same officer he had originally assaulted.

“In a social media message later, he wrote to another person, ‘I got two hits in on the same rookie cop …'” the DOJ press release said.

Sargent pleaded guilty — without a plea agreement — in June to the six-count indictment. He was charged with assaulting, resisting, or impeding officers, civil disorder, and four trespassing and disorderly conduct misdemeanors. He faced a statutory maximum sentence of eight years on the assault charge, up to five years on the civil disorder charge, and 42 months combined on the misdemeanor charges.

Prosecutors had requested a sentence of 27 months behind bars, followed by three years of supervised release, and $2,000 in restitution. Sargent had argued for a sentence of six months, emphasizing in his sentencing memorandum that he had accepted responsibility for his actions and expressed remorse for his role in the riot.

Sargent’s sentencing had been delayed twice due to scheduling conflicts. Although he had been out on pretrial release, Hogan ordered him back into custody in October, citing violations of his release conditions.

“By clear and convincing evidence, that the Defendant violated the conditions of his release by using a narcotic drug or other controlled substance as defined [by statute], testing positive for illicit substances on numerous occasions,” Hogan wrote in an Oct. 12 order. “Defendant is unlikely to abide by any condition or combination of conditions of release.”