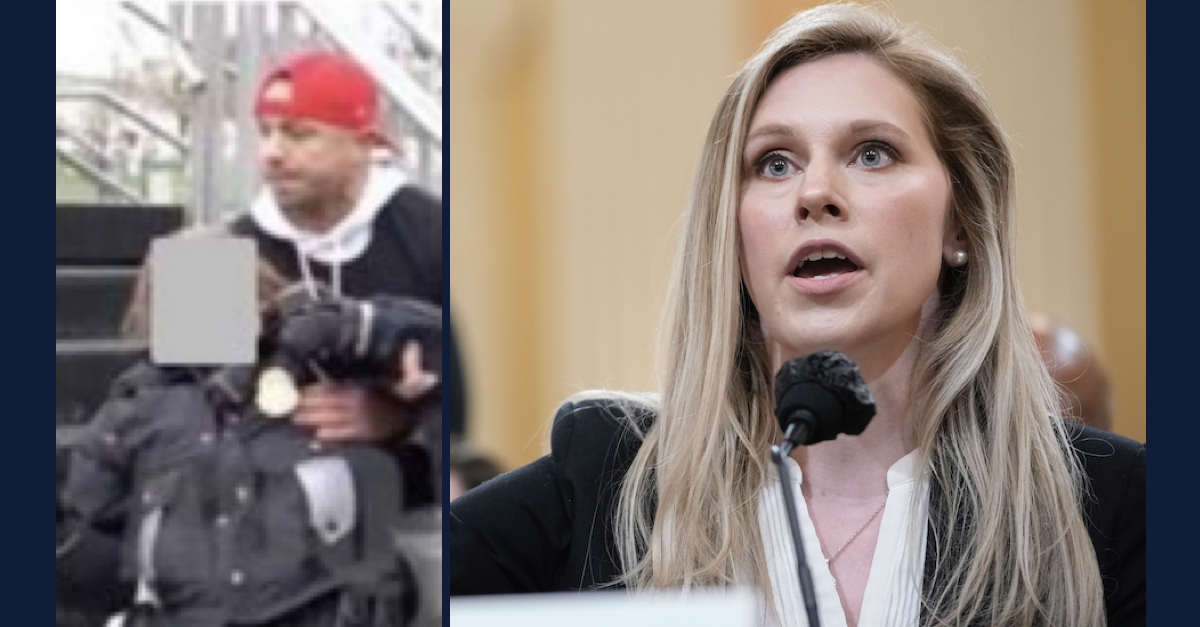 The Pennsylvania man accused of assaulting Capitol Police Officer Caroline Edwards in the area of the Capitol grounds known as the Peace Circle on Jan. 6 is apparently refusing to be examined by doctors, despite previously insisting that he urgently needed medical treatment.

Prosecutors in the case against Ryan Samsel filed a motion Monday asking U.S. District Judge Jia Cobb for a second extension of the deadline for a medical evaluation of the defendant.

Samsel, who has been detained since his arrest in January 2021, has made multiple complaints about what he says is a lack of effective—and necessary—medical treatment. According to medical records, Samsel suffers from several health problems, including blood clots causing circulation issues in his arms, and a condition called gynecomastia, or overdevelopment of breast tissue in men.

He has cited these problems as one reason why he should be released from pretrial detention. Cobb, a Joe Biden appointee, has denied those requests so far, but last month she said she wanted Samsel to get the treatment he says he needs. She ordered that a medical evaluation at a “tertiary research center” be completed within 14 days of May 17, 2022.

Samsel, however, appears to have had a change of heart.

“On June 1, 2022, the defendant refused to allow Health Services Staff at the FDC to evaluate him,” prosecutors said in the filing, referring to the medical staff at the Federal Detention Center (FDC) in Philadelphia, Pennsylvania.

Prosecutors said that Samsel’s “refusal was ongoing as of June 10.” On that day, officials had brought Samsel to be examined by medical staff.

Samsel reportedly resisted that evaluation, and appears to have referred to a member of the medical staff using an anti-gay slur. According to the government filing:

Patient was brought to exam room in SHU and he was handcuffed as is the protocol for inmates in [Special Housing Units]. He demanded that his handcuffs be removed. When it was explained to him that the handcuffs would not be removed unless necessary for examination, he stood up from his chair, walked out of room and called me “f****t”. He also stated that he would not discuss his health with me.

Samsel was placed in special housing “after monitoring of a telephone call disclosed the defendant’s statements about stabbing or punching FBI agents,” the filing said in a footnote.

In addition to the outburst in the exam room and the comments during the phone call, Samsel apparently spoke of violence against politicians.

“[A]ll these poltions [sic] in office need to go, A woodchiper [sic] sounds good,” Samsel allegedly wrote in a letter screened by FDC personnel on June 2, just one day after he initially refused to allow health staff there to evaluate him. “I’ll tell people get your wepon’s [sic] Ready Kiss your Kidd’s [sic] good-bye and let’s F****** go!”

Prosecutors noted in the filing that in order for Samsel to qualify for an examination at a tertiary facility, doctors at FDC Philadelphia would need to examine him first.

“Such arrangements are made through an outside contractor that functions as an HMO for the BOP,” the government’s filing said. “To proceed with scheduling, the BOP must provide a referral.”

Samsel, who has been in custody since his arrest in January of 2021, is accused of facing off against police officers over barriers at the Peace Circle on Jan. 6. During that confrontation, Officer Edwards was thrown to the ground, hitting her head on a concrete step and suffering a concussion.

That confrontation preceded “hours and hours of hand-to-hand combat,” Edwards said in her June 9 testimony before the House Select Committee to Investigate the Jan. 6 Attack on the U.S. Capitol.

Samsel has been linked to another high-profile Jan. 6 defendant, Joseph R. Biggs, a member of the Proud Boys who has been charged with seditious conspiracy in the Jan. 6 Capitol attack. Biggs and Samsel allegedly spoke briefly before Samsel moved forward with the assault on Edwards and other officers; Samsel has denied that such an exchange ever occurred.

The House committee has said that the assault on police at the Peace Circle was the first of multiple breaches at the Capitol that day, and was the result of reconnaissance by the Proud Boys, looking for vulnerabilities in Capitol security.

In a responsive pleading filed Tuesday, lawyers for Samsel said that they haven’t been able to speak with their client, and that his civil rights are likely being violated.

“We submit that Mr. Samsel’s constitutional rights are in jeopardy, not only because of lack of access to his own counsel, but also the lack of access to his well-being, in constant 24/7 lockdown since his move from [United States Penitentiary] Lewisburg, and Defendant Samsel has been placed in an untenable situation,” attorneys Stanley Woodward and Juli Haller wrote in an opposition to the government’s motion.

The attorneys note that the government hadn’t previously indicated that Samsel would need to be evaluated by staff at FDC Pennsylvania prior to the independent medical evaluation, and that doctors at an outside facility could simply refer to notes from previous examinations.

Samsel’s lawyers asked that Cobb either deny the government’s request for a second two-week delay, or transfer Samsel back to the Bureau of Prison’s detention center in Lewisburg, Pennsylvania, where he was previously being held.

The parties will appear before Cobb on Wednesday.

Read the government’s motion, below.

Editor’s note: This story has been updated with information from Samsel’s filing in response to the government’s motion.