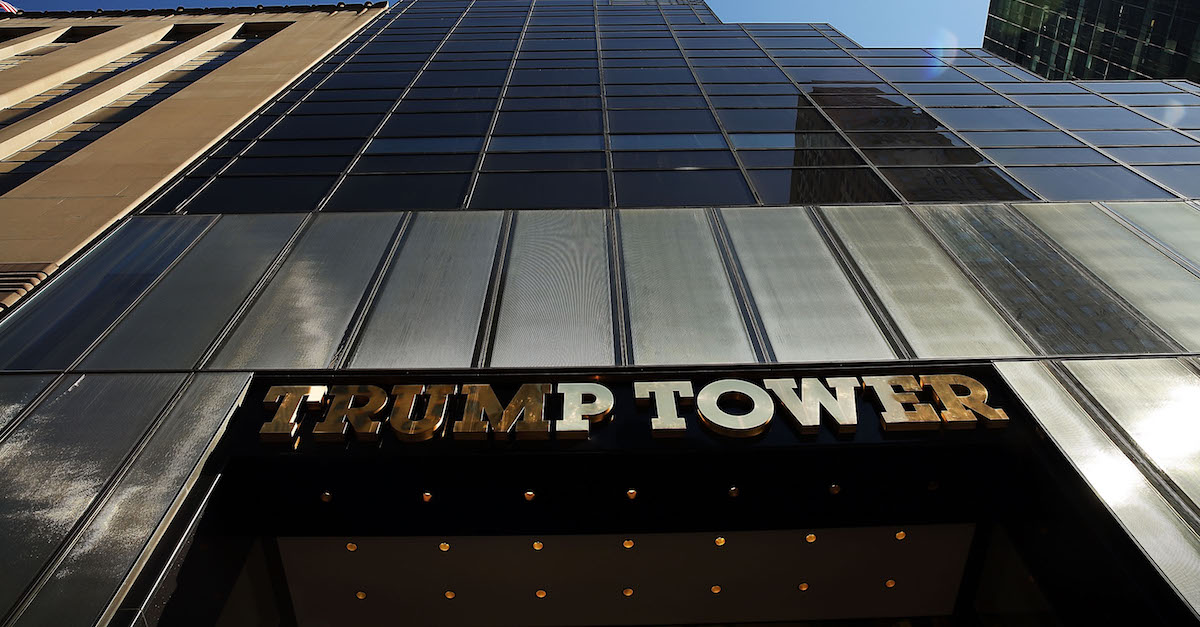 The Trump Organization’s attorney faced persistent grilling on Thursday morning from a judge, who seemed skeptical of his arguments why the company’s allegedly wild asset inflation do not call for a court-appointed monitor. Later on in the day, the judge confirmed he was, indeed, appointing an “independent monitor.”

In doing so, Manhattan Supreme Court Justice Arthur Engoron also noted that he drew a “negative inference” from Donald Trump invoking his “Fifth Amendment right against self-incrimination more than 400 times” during a deposition, the filing said.

The judge said that although he was persuaded to draw this “negative inference,” that decision is “not dispositive on any single issue.”

Earlier this month, Attorney General Letitia James (D) filed a motion alleging the Trump Organization has “continued those same fraudulent practices” that sparked a lengthy investigation and ensuing lawsuit, filed in September of this year, in the first place.

She celebrated the ruling in a statement, characterizing the development as one vindication among many for her office.

“Time and time again, the courts have ruled that Donald Trump cannot evade the law for personal gain,” James wrote. “Today’s decision will ensure that Donald Trump and his companies cannot continue the extensive fraud that we uncovered and will require the appointment of an independent monitor to oversee compliance at the Trump Organization. No number of lawsuits, delay tactics, or threats will stop our pursuit of justice.”

The case alleges that the former president, his family and their business entities have, over several years, unlawfully inflated various asset prices in order to obtain more favorable loan and insurance rates. A parallel criminal case by the Manhattan District Attorney’s Office, alleges the Trumps deflated certain asset prices for more favorable tax treatment. The trial in the tax matter started last week.

In the October monitor motion, James also requested that the court bar Trump from moving his company and assets out of New York State in order to avoid any potential civil enforcement actions.

What Happened During Thursday’s Hearing

Trump attorney Chris Kise, a former Florida solicitor general and ally of Gov. Ron DeSantis (R), stuck to a series of themes during his lengthy presentation before Engoron. Appearing for the state was attorney Kevin C. Wallace, the author of the monitor memo.

“The lawyers here today have done excellent work as the papers I received in support of an opposition to today’s motion as some of the best I’ve ever read,” the judge said at the outset. “Well done, counsel. However, motions have to be granted or denied.”

That air of congeniality largely reigned throughout the proceedings, even as Kise faced obvious, increasing doubt from the judge.

Kise hit the consistent refrain that real estate deals are complex matters with sophisticated parties that do not need to be subject to the kind of oversight the attorney general is proposing.

“These agreements are a foot thick,” the Trump attorney said, to impress upon the court the complexity concept. He argued that the Trump Organization has always been on the up-and-up with regard to their business relationships and duties – such as “never missing a loan payment.”

The companies themselves, such as Deutsche Bank, could seek various remedies and assert their rights if they feel wronged, Kise said, but “have not seen fit” to seek any relief or file any complaints.

“We’re not talking about individuals walking around the streets of Manhattan,” Kise said at one point, arguing no banks or insurance companies were deceived by the disputed financial statements and valuations. “We’re talking about sophisticated counter-parties.”

At one point, Engoron, apparently tired of the sophistication argument, laughed and pressed Kise on the general nature of the claims leveled by James’ office and then on one discrete claim.

The judge said the case boiled down to the Trump Organization allegedly bumping up a property by $100 million one year, $200 million the next – before asking Wallace to verify whether or not he was just making up such numbers. The AG’s office, appreciative of the softball, rattled off a list of figures that allegedly showed fraud.

The judge then focused in on one valuation, speaking slowly: “Outside appraisal, $750,000. Trump appraisal, $50 million.”

Dripping with doubt, Engoron incredulously asked if that was a good faith number. The attorney’s answer – again contingent on context and complexity – ultimately didn’t quite matter, as the judge’s question, near the end of the nearly three hours of argument, spoke for itself.

The judge later put a fine point on things.

Engoron asked, clearly leaning one way: “The 800 pound gorilla in this case is when does reasonable disagreement become fraud?”

Experts can disagree, the judge said during another pivotal back-and-forth — but at a certain point, “bad faith” statements are made. Engoron asked each attorney about the square footage of one Trump property.

Kise said he wouldn’t venture to guess. Wallace said the state knows the apartment in question is 11,000 square feet, and this is objectively known because it has been measured. The AG attorney also noted that it was represented as being 30,000 square feet for years – a discrepancy that the company’s former chief financial officer Allen Weisselberg said accounted for “give or take $200 million.”

Kise was upbraided directly by the court at one point when he disputed an allegation made in the October monitor memo, which accuses the Trump Organization of “using objectively false factual assumptions like inflated square footage.”

“Objectively according to whom?” the Trump attorney asked.

To which Engoron interjected: “Objectively doesn’t mean according to anybody. Objectively means objectively.”

Wallace disputed oft-repeated claims by Kise that the AG’s office was not availing any real public interest, saying this was a matter of whether markets have integrity and can be protected or not – accusing the Trump Organization attorney of arguing for something akin to the “Wild West.”

The state attorney also said he was “stunned” that Kise brought up Deutsche Bank specifically because that relationship was a thing of the past – after the bank had raised questions based on the AG’s investigation and received an inadequate response from the Trump Organization.

Kise consistently struck the chord that this case – and the pre-trial monitor request in particular – poses serious questions about “free market” principles, potential state interference with corporate matters that bureaucrats don’t understand, bad precedents for business, and the like.

Those arguments were not persuasive.

“You talked a lot about corporate titans,” Engoron asked the Trump Organization attorney near the end of the hearing. “Don’t we want them to be truthful? Don’t we want to put that fear in them – if we have to?”

Editor’s note: this story was updated with the judge’s ruling.