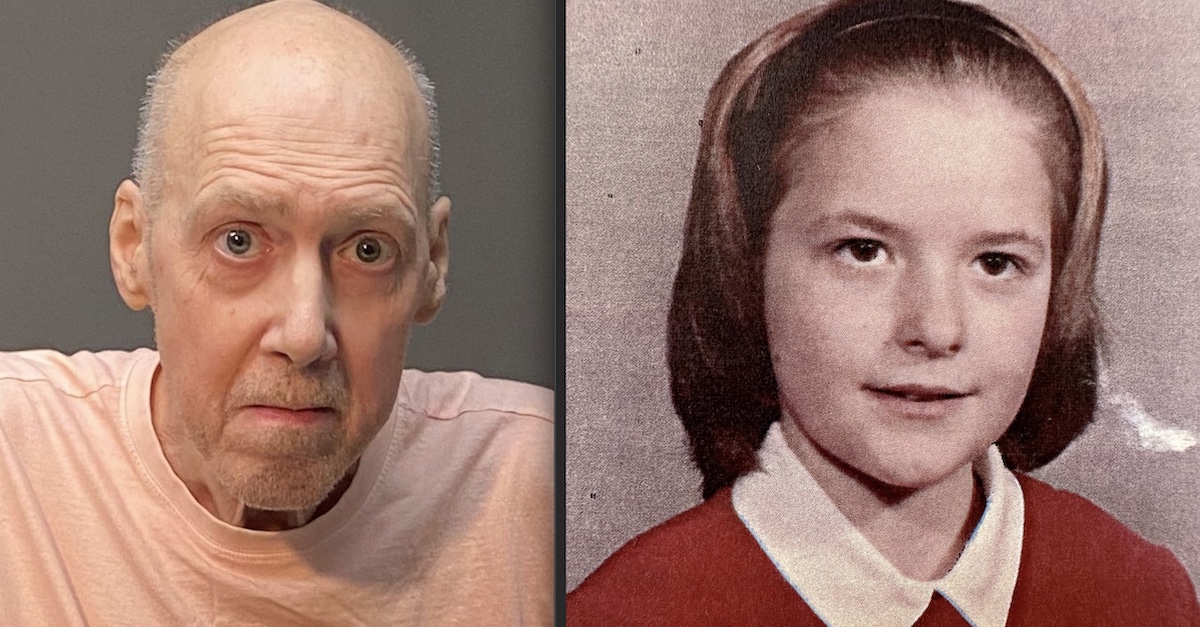 A 73-year-old man in Massachusetts has been arrested and indicted on accusations that he killed a 10-year-old girl in 1966. A Hampden County Grand Jury on Tuesday returned an indictment against Donald Raymond Mars, of Bedford, on one count of first-degree murder more than 56 years after fifth-grader Betty Lou Zukowski was beaten to death and left floating in a river, authorities announced.

According to a press release from the Hampden County District Attorney’s Office, Betty Lou at approximately 6 p.m. on May 26, 1966 left her family home on Front Street in Chicopee right after taking a phone call from someone she told her mom was one of her girlfriends. That was the last time her family saw her alive.

When the girl failed to return home, Betty’s parents, Stanley and Mildred Zukowski, called the Chicopee Police Department and reported their daughter missing. CPD put out an “All-States Alarm” in an effort to find the young girl.

“Tragically, four days later on Memorial Day, May 30, 1966, Betty Lou’s beaten and mud covered, 4′ 7″, 75 pound body was found just off shore by a young boys fishing in the Westfield River in West Springfield,” the release states.

The area of the river where the body was discovered ran just next to Robinson State Park. Following the discovery of Betty’s body, the West Springfield Police Department and CPD opened a joint homicide investigation with both agencies assigning their entire detective bureaus to the case.

The Office of the Chief Medical Examiner determined that Betty’s cause of death was “multiple blunt force injuries to her head, a skull fracture, and terminal drowning,” the DA’s Office said.

“Detectives interviewed family, friends, and classmates to determine who Betty Lou may have met up with at the time of her disappearance. Investigators believed Betty Lou knew the person who killed her, otherwise she would not have left her home after receiving the phone call on Thursday night,” the release states. “They theorized she met up with this person and ended up in West Springfield after riding in a vehicle operated by someone she knew. However, no significant leads were discovered in the days following the discovery of Betty Lou’s body.”

All the relevant locations are part of the greater Springfield area in the south-central portion of the Bay State.

Approximately a week after Betty’s body was recovered, investigators were able to develop a composite sketch from two witnesses, one of whom investigators believed to be the last person to have seen Betty Lou alive in the mid-evening hours of the night she went missing. The sketch resulted in numerous investigative tips, but authorities were unable to identify Betty’s assailant before the case went cold. 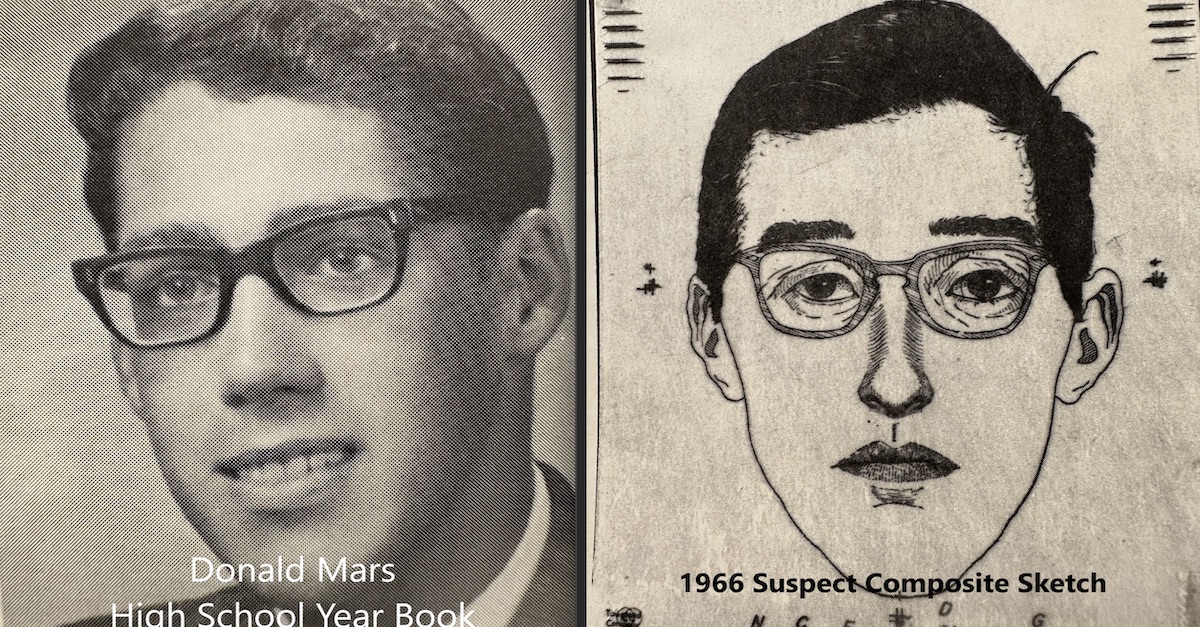 The DA’s Unresolved Cases Unit picked up the case more recently and learned that information from multiple sources was provided to the West Springfield Police Department in November 1997 that linked Mars to her homicide. Additional interviews were conducted, culminating in the case being presented to a grand jury.

The DA’s office did not disclose what information linked Mars to Betty’s murder or if any new physical evidence came to light prior to the case being presented to the grand jury.

Mars, who would have been approximately 17 at the time of Betty’s murder, was taken into custody on Wednesday and appeared before a judge in Hampden County Superior Court Thursday morning for his arraignment. He is being held without bond and will appear in court again in May 2023.

“Sadly, Betty Lou’s parents are deceased and will not see Donald Mars answer for what we allege he did to their daughter.  My office has been in contact with Betty Lou’s extended family members, one of whom was a pallbearer at her funeral in 1966,” Hampden District Attorney Anthony Gulluni said in a statement. “While this investigation will not bring Betty Lou back to her family, or grant her the opportunity to grow into a healthy adult that she and every child deserves, it is for them and for Betty Lou that we embark upon this journey of seeking justice.”

According to the state’s online sex offender registry, Mars in 1995 was convicted on multiple counts of raping a child with force and indecent assault and battery on a child under 14 years of age. He is listed as a Level 3 offender, meaning he is considered to have the highest risk of re-offending and poses a “high degree of danger to the public.”