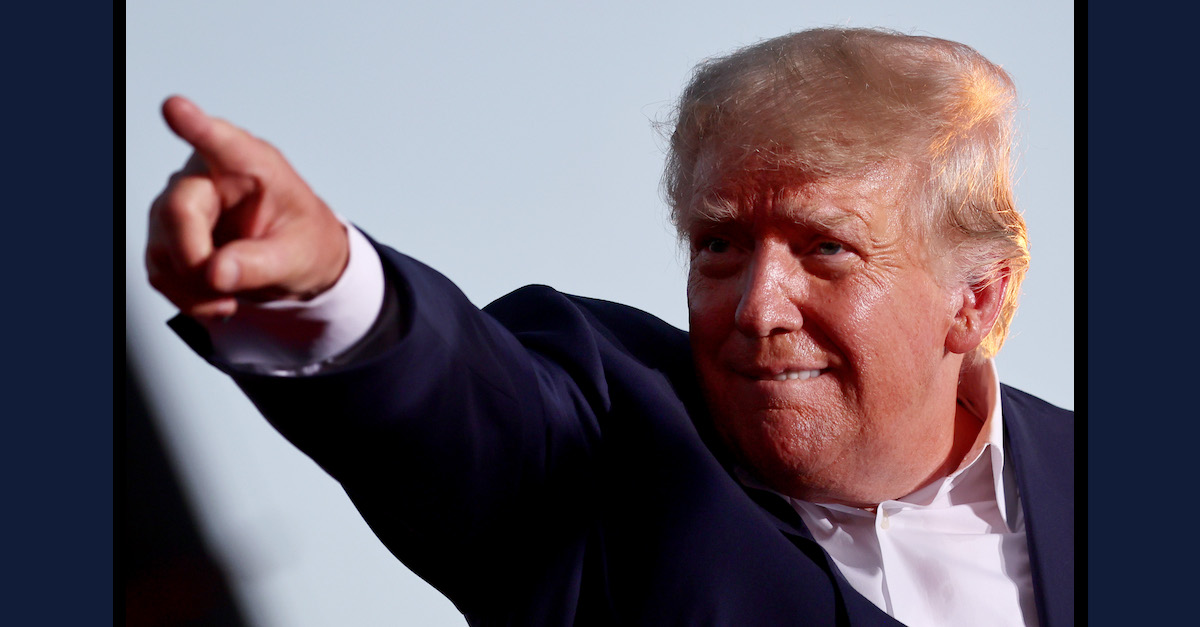 Two of former President Donald Trump‘s business entities will have to pay more than $1.6 million in fines for their years-long tax fraud scheme, the maximum fine amounts available.

According to the indictment, the companies and former Chief Financial Officer Allen Weisselberg “devised and operated a scheme to defraud federal, New York State, and New York City tax authorities” for some 15 years.

Bragg said it was the first criminal convictions of Trump companies.

NEW: Today we announced the sentencing of The Trump Corporation & The Trump Payroll Corp. to the maximum fine of $1.61M. The former presidents’ companies were sentenced following a historic trial conviction for 17 felony crimes. More here: https://t.co/9Gx0MhwbXF

The prosecutor’s office had sought the highest fines available.

“Based on the magnitude of the long-running scheme to defraud tax authorities and the all-count convictions, the People recommended the maximum fines under New York State’s Tax and Penal Laws, totaling $1.61 million,” the DA’s office said Friday in a press release. The Trump Corporation will have to pay $810,000, and the Trump Payroll Corporation will have to pay $800,000.

Weisselberg, the former CFO, was sentenced earlier this week to five months behind bars. He had pleaded guilty in August to 15 counts, including conspiracy, grand larceny, criminal tax fraud, and falsifying business records. Weisselberg had agreed to pay nearly $2 million in back taxes and testify for the government against the Trump Organization, although he did not implicate Trump directly in the crimes.

According to prosecutors, Weisselberg was one of the “largest individual beneficiaries of the defendants’ scheme,” having received more than $1.7 million in unreported compensation from the Trump Organization. Some of those perks apparently included having the rent paid on his luxury apartment in New York, parking garage expenses, high-end cars, home furnishings, and payment of his grandchildren’s private school tuition.

As Law&Crime reported, Merchan said at Tuesday’s sentencing that he wished he could have punished Weisselberg more extensively.

On Friday, Bragg said that the sentences themselves were an important step toward holding Trump’s companies accountable.

“While corporations can’t serve jail time, this consequential conviction and sentencing serves as a reminder to corporations and executives that you cannot defraud tax authorities and get away with it,” Bragg said in the press release. “It is also an important reminder that our state law must change so that we can impose more significant penalties and sanctions on corporations that commit crimes in New York. Today’s sentencing of The Trump Corporation and The Trump Payroll Corp. represents a significant chapter of our ongoing investigation into the former President and his businesses.”

As Law&Crime previously reported, the maximum fines were not expected to have a meaningful financial impact on the companies. Legal experts said that the businesses faced two potentially onerous consequences at sentencing: they could potentially have been barred from conducting business in the future with the federal government — thus barring the Secret Service from staying at the former president’s hotels — and there was the possibility that they could have been found in default of outstanding real estate loans.

Neither of those possibilities came to pass at Friday’s sentencing.