Trump Wants to Push Off Mar-a-Lago Arguments Until Next Year, Opposing the DOJ’s Request to Fast-Track Its Appeal 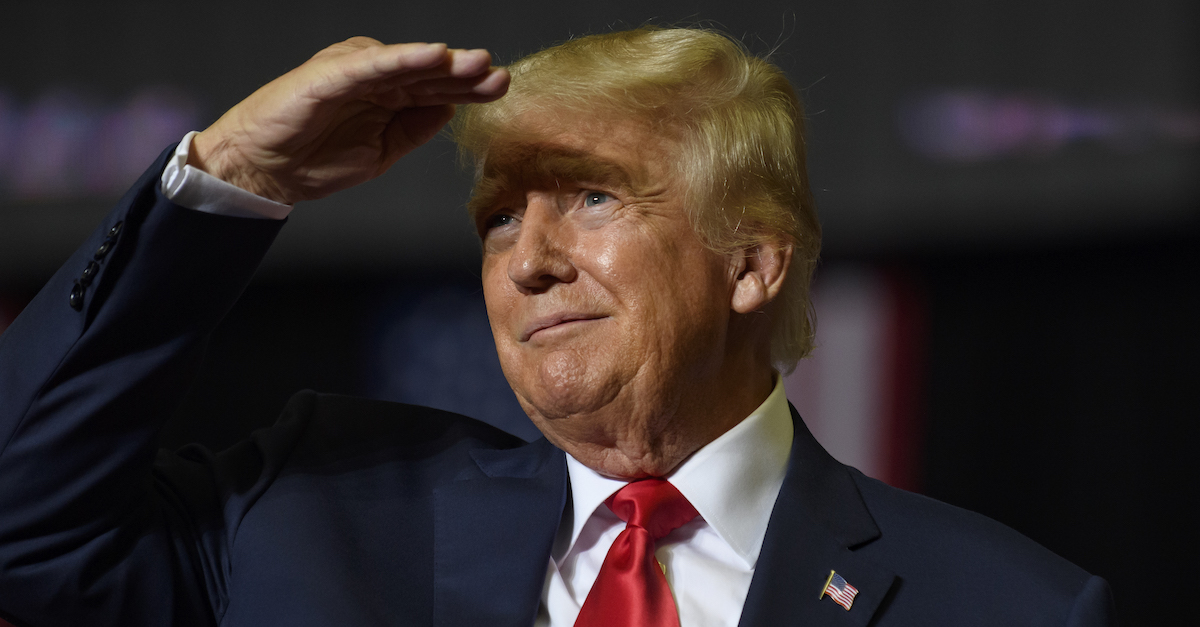 Former President Donald Trump wants to delay oral arguments on the Department of Justice’s appeal before the 11th Circuit seeking to stop a special master’s review of files seized from Mar-a-Lago — until next year.

Late last month, the Justice Department moved to expedite its appeal, arguing that U.S. District Judge Aileen Cannon’s injunction blocking them from immediately reviewing more than 11,000 documents found there without classification markings risks “real and significant harm” to the United States. The DOJ previously succeeded in blocking part of Cannon’s order that had prevented prosecutors from using more than 100 documents marked classified up to “Top Secret” and above for a criminal investigation.

On Monday, Trump’s attorney Christopher Kise objected to the government’s schedule that would have had the appeal fully briefed before Thanksgiving. Trump wants more at least more than a month to hear that appeal.

As reported by the Washington Post, Trump’s legal team has been divided between the approach urged by Kise — a seasoned lawyer who reportedly advised de-escalating with the federal government — and his more pugilistic co-counsel and client. Kise, who already collected $3 million for his legal services, includes little of the Trump’s characteristically combative rhetoric in the legal brief, save for in one footnote.

“President Trump disagrees with and objects to the government’s distorted and argumentative presentation of facts concerning the unprecedented raid of his home, its conduct in these proceedings, and the procedural history of this case,” that footnote reads.

Trump argues that he would be “prejudiced” by an expedited appeal, in light of the workload his lawyers have in the pending special master’s review.

“Moreover, as the Court may be aware, the parties are engaged fully in performing the tasks required under the expedited special master schedule,” his filing states. “This requires counsel for President Trump to conduct a review of approximately 11,000 documents (comprised of an estimated 200,000 pages of information), categorize those documents and litigate any disputes before the special master and the district court during the same time period counsel is tasked with preparing an opposition brief under the government’s proposed expedited schedule. Certainly, the government is free to file its brief at its earliest convenience. However, no good cause has been shown as to why President Trump should have significantly less time than the Government and less time than that provided under the rules to prepare and brief his arguments before this court in this unprecedented case.”

Just as they have in the past, Trump’s legal team highlighted the “extraordinary” circumstances surrounding the court-authorized search of a former president’s primary residence.

“Finally, the extraordinary circumstances herein presented — an investigation of the 45th President by the administration of his political rival — would countenance against any rush to judgment,” the filing states. “Indeed, the public interest is served best by transparent and thorough consideration of all the issues. The Government has not and cannot possibly articulate any real risk of loss or harm resulting from a more deliberative process.”

The affidavit supporting the search of Mar-a-Lago revealed that the Justice Department suspects possible violations of three statutes: the Espionage Act, obstruction of justice and concealment and removal of government records.