Trump Organization Could Face Criminal Charges as Soon as Next Week: Reports 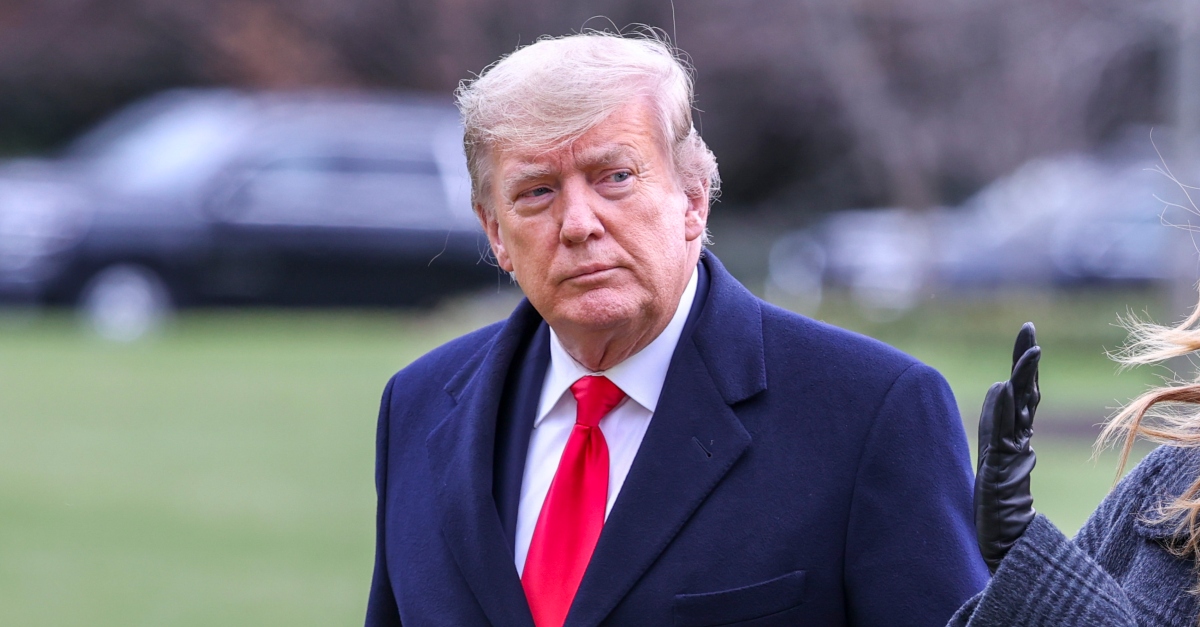 The Trump Organization could soon be facing criminal charges, according to multiple reports.

“The Manhattan district attorney’s office has informed Donald J. Trump’s lawyers that it is considering criminal charges against his family business, the Trump Organization, in connection with fringe benefits the company awarded a top executive, according to several people with knowledge of the matter,” the New York Times reported Friday.

Trump’s lawyers met with senior prosecutors Thursday in the DA’s office “in hopes of persuading them to abandon any plan to charge the company, according to several people familiar with the meeting,” the Times reported. “Such meetings are routine in white-collar criminal investigations, and it is unclear whether the prosecutors have made a final decision on whether to charge the Trump Organization, which has long denied wrongdoing.”

Also Friday, NBC News reporter Tom Winter said on Twitter that the Trump Organization is “expected to be charged soon,” indicating that prosecutors appear to have decided to prosecute the former president’s company.

NEW: Multiple people familiar with the matter say that the Trump Organization is expected to be charged soon by Manhattan, D.A. Cy Vance.

Under New York law, a corporation itself can be convicted of a crime.  The relevant section of the state penal code reads in part as follows:

A corporation is guilty of an offense when:

(a) The conduct constituting the offense consists of an omission to discharge a specific duty of affirmative performance imposed on corporations by law; or

(b) The conduct constituting the offense is engaged in, authorized, solicited, requested, commanded, or recklessly tolerated by the board of directors or by a high managerial agent acting within the scope of his employment and in behalf of the corporation; or

(c) The conduct constituting the offense is engaged in by an agent of the corporation while acting within the scope of his employment and in behalf of the corporation, and the offense is (i) a misdemeanor or a violation, (ii) one defined by a statute which clearly indicates a legislative intent to impose such criminal liability on a corporation, or (iii) any offense set forth in title twenty-seven of article seventy-one of the environmental conservation law.

Another section of New York law explains that officers of a corporation can be personally convicted for certain activities they undertake on a corporation’s behalf.  That particular statute reads:

A person is criminally liable for conduct constituting an offense which he performs or causes to be performed in the name of or in behalf of a corporation to the same extent as if such conduct were performed in his own name or behalf.

The Manhattan District Attorney’s office did not immediately respond to Law&Crime’s request for comment.