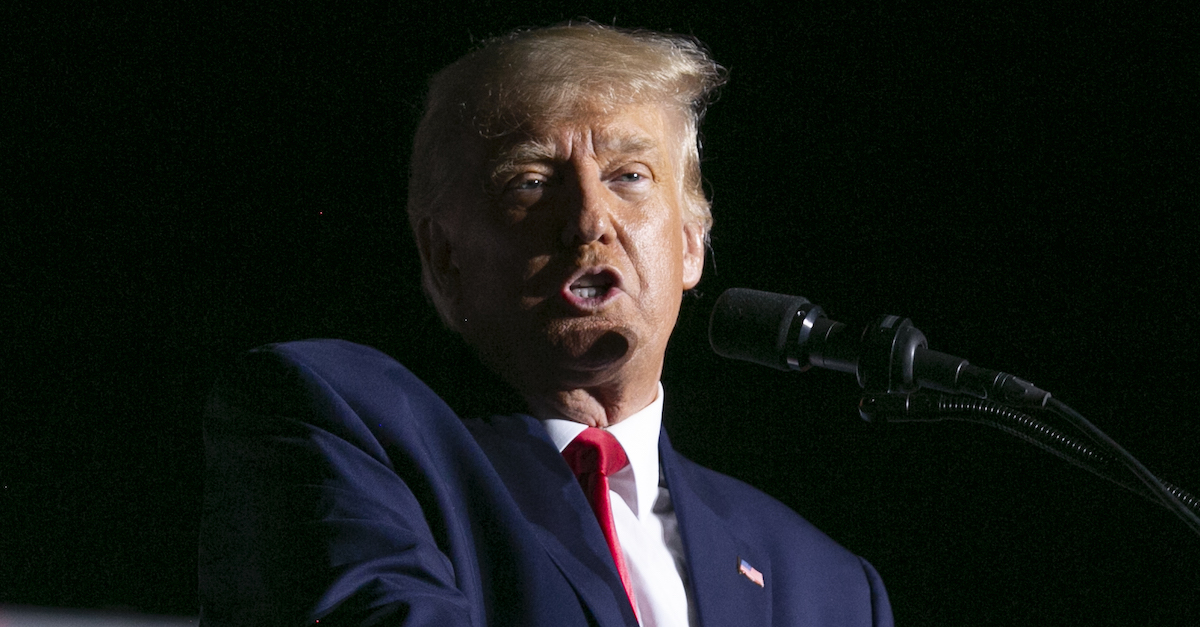 The ruling follows a biting interim report and recommendation by Senior U.S. District Judge Raymond Dearie, who questioned whether the judge had dialed back on the scope of his appointment as special master.

In the report, Judge Dearie “respectfully” argued that an order by U.S. District Judge Aileen M. Cannon curtailed his authority to submit reports back to Cannon, after the 11th Circuit Court of Appeals overturned one of her rulings favoring Trump. Cannon appointed Dearie for the role of special master, after Trump’s legal team nominated him and prosecutors did not oppose his appointment.

The 11th Circuit, at the request of federal prosecutors, allowed the U.S. Department of Justice to continue a review of more than 100 classified documents seized from Mar-a-Lago as part of a criminal investigation. Judge Cannon had initially halted that portion of the review pending Dearie’s probe into whether or not any privileged material may have been collected by the FBI.  Cannon’s reaction to the 11th Circuit’s decision to upend her previous ruling appeared to flummox Dearie.

In a filing, Dearie explained the issue as follows, by arguing that the 11th Circuit’s decision was entirely “unrelated” to his own ability to issue reports about the case:

In the original Appointing Order, the Court directed that “the Special Master shall submit interim reports and recommendations as appropriate. Upon receipt and resolution of any interim reports and recommendations, the Court will consider prompt adjustments to the Court’s orders as necessary.” However, the Court later struck that language as part of its order implementing an unrelated ruling by the Eleventh Circuit. As the language quoted above as to interim reports and adjustments to prior orders is consistent with the Eleventh Circuit’s ruling and the efficient administration of the Appointing Order as amended, the undersigned respectfully recommends that the Court issue an order reinstating that language. (Citations omitted)

Dearie pushed back several deadlines due to those differences and due to troubles locating a software vendor “to digitize the Seized Materials.” Accordingly, a Trump deadline for responding to the government’s assertions about the Mar-a-Lago material has been moved from Sept. 30 to Oct. 7. A government rebuttal, however, remains due on Oct. 14 and will not be pushed back.

Orenstein “has experience with complex case management, privilege review, warrant procedures, and other matters that may arise in the course of the Special Master’s duties,” Dearie wrote. “Judge Orenstein has served as an appointed amicus curiae in the Foreign Intelligence Surveillance Court pursuant to 50 U.S.C. § 1803(i)(2) and currently holds Top Secret clearance.”

Dearie noted that no parties objected to his attempt to seek Orenstein’s appointment or to other portions of a staffing, compensation, or expense plan.

That plan would, if approved by Cannon, allow Dearie to “utilize Eastern District of New York court staff” while carrying out his duties as special master.

Dearie said that he “will seek no additional compensation” because he is already a U.S. District Judge in active service. However, he sought a $500 per hour rate for Orenstein.

Cannon replied shortly after Dearie filed the twin documents with a paperless order. That order, in essence, tells Dearie that he is free to onboard Orenstein.  It also tacitly addresses Dearie’s other concerns by indicating that he is free to report — apparently as desired:

Read the two documents filed by Dearie below: