‘He Put Me Up Against the Wall’: E. Jean Carroll’s Deposition Details Alleged Rape by Donald Trump Inside Bergdorf Goodman Dressing Room 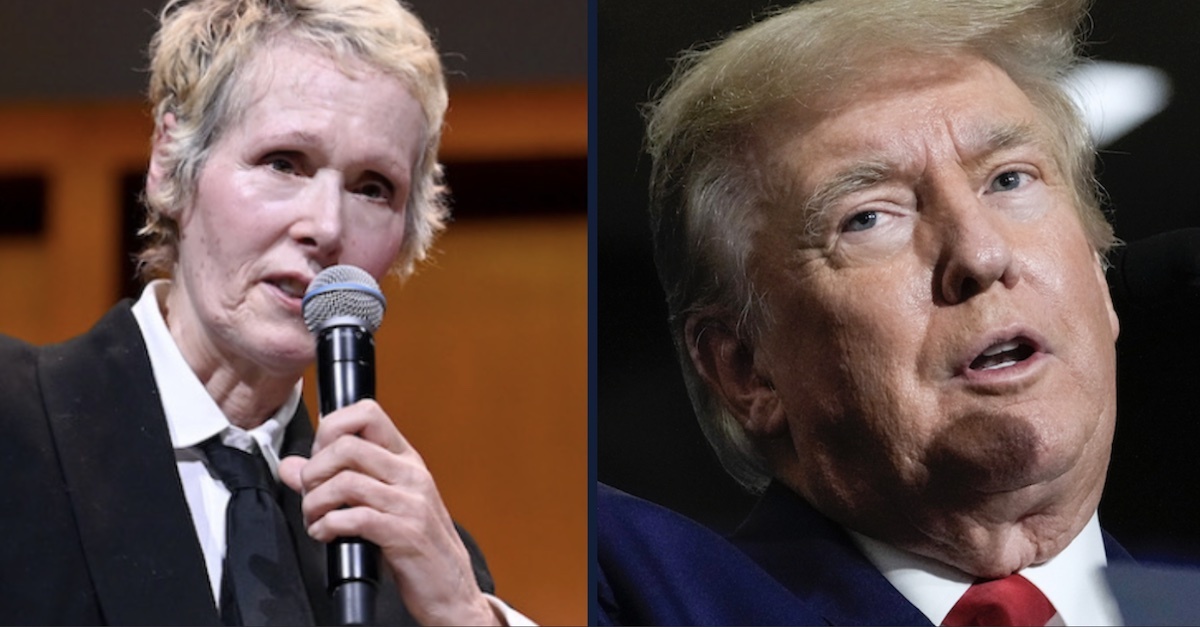 It was an account that Carroll has been fighting to share in court since she went public with her allegations in 2019.

“It’s all one action,” Carroll testified in a deposition released on Monday. “I stepped into the room, the door was banged closed and he pushed me up against the wall.”

Both Carroll and Trump were deposed this past October. She agreed to make certain portions of her transcript public. He refused, according to a letter from her attorney Roberta Kaplan.

More than four years ago, Carroll accused Trump of raping her inside the dressing room of a Bergdorf Goodman in the mid-1990s. She aired those accusations on multiple cable TV shows and, briefly, in the pages of her memoirs. She then sued Trump after he denied the allegations to reporters by saying: “She’s not my type.” The initial lawsuit accused Trump of defaming Carroll as a liar, as the statute of limitations had expired for filing an action alleging sexual assault.

After the passage of New York’s Adult Survivors Act removed that hurdle, Carroll confronted those accusations directly in a second lawsuit filed on Thanksgiving. Though the lawsuits deployed different statutory mechanisms, they both focus on the same events: a meeting between a famed advice columnist and  a future president in the luxury clothing store one evening between the autumn of 1995 and spring of 1996.

As Carroll tells it, the encounter began as she was leaving the store. She said Trump remarked: “Hey, you’re that advice lady.”

“I said something like ‘Hey, you’re that real estate tycoon,'” Carroll recounted.

Carroll said that she had been heading out the revolving door at the time Trump raised his hand as if to say: “Stop.”

“It’s the international symbol,” she said. “It was aimed at me so I stopped.”

That’s when Carroll says that Trump asked her for advice on a gift, a proposition the writer says initially “delighted” her.

“I’m an advice columnist,” she testified. “This is my duty.”

As they looked through Bergdorf Goodman’s handbags and hats, Carroll says, Trump disclosed that the present was for a “girl.” Carroll says that when she asked Trump the girl’s age, he shot the question back at her and she answered: 52.

“He told me how old I was,” Carroll testified. “He said you’re so old.”

When asked by her attorney how she responded, Carroll responded: “I do not recall, but I hope it was something saucy.”

“This Is a Battle”

It was after Carroll says Trump asked her to help him select lingerie that the friendly and occasionally rude “banter” and “repartee” allegedly morphed into something darker. Carroll says that Trump snatched a “one-piece body suit” that was “see-through, lilac grayish-blue edged with a little bit of lace, very pretty,” tossed it at her, and asked her to try it on.

“I’m saying, ‘You put it on,'” Carroll testified that she said in response.

According to her deposition, Carroll believed that Trump was going to play along with the “joke” and wear it over his pants as they searched for a dressing room — that is, until he allegedly slammed the door and put her against the wall. She says the action made her bump her head.

“It hurt,” Carroll said. “It jolted me and then he pushed me back again and I hit it again for a second time.”

Still, Carroll says, she laughed loudly out of “shock” over the situation.

“I hit my head twice and then he had his hands on my arms, pushed me back a second time, hit my head and then he put his shoulder into me, and he’s a big man,” Carroll testified. “He’s — and he — guessing 220, maybe 225 at the time. I weighed 120. He was 100 more pounds. And that was one of the things that went through my mind was how big and heavy he was because his whole weight came, his shoulder came into me and so at this point I realized it was serious. I was shocked before because he put me against the wall but now I understood that this is — this is a battle, and he pulled down my tights.”

Carroll told CNN’s Anderson Cooper that Trump pulled down his pants and penetrated her, an allegation that she also makes in her deposition.

The recently released deposition transcripts include an entirely redacted transcript of a videotaped deposition with Trump some two months ago on Oct. 19.

“Both transcripts were marked confidential under the governing Protective and Confidentiality Order at the time of the respective deposition. Plaintiff has waived confidentiality in connection with that portion of her deposition that is being filed with the Court,” Carroll’s attorney wrote in a letter on Monday. “Defendant has refused to do so and has requested that deposition excerpt be filed under seal.”