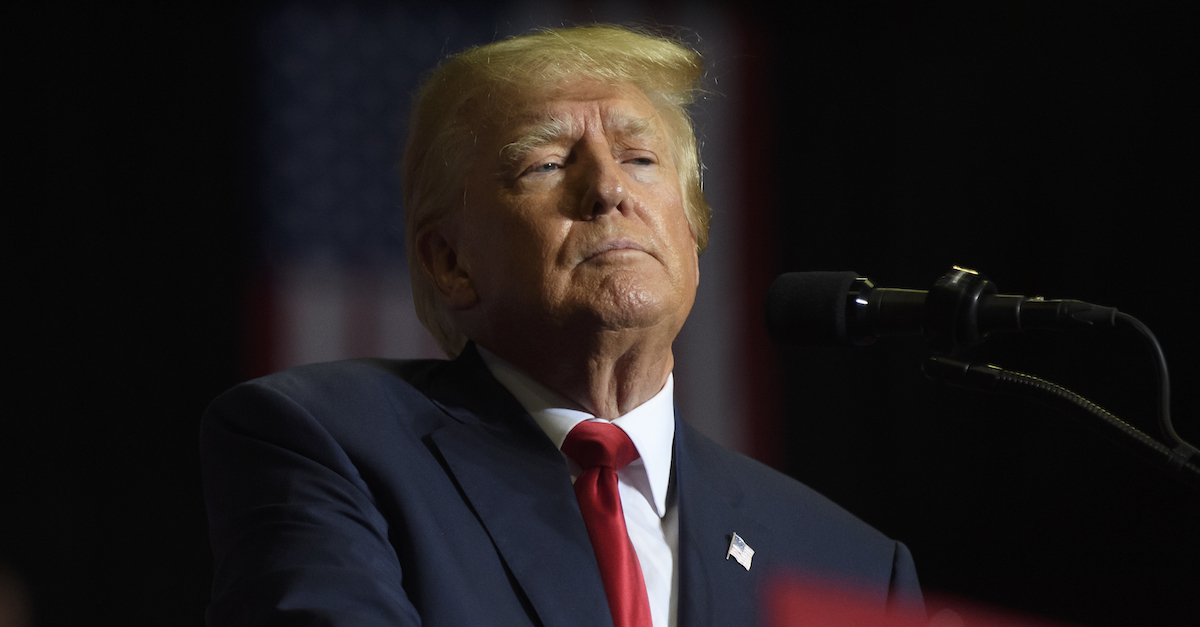 Former President Donald Trump speaks at a rally at the Covelli Centre on September 17, 2022 in Youngstown, Ohio. (Photo by Jeff Swensen/Getty Images.)

The U.S. Department of Justice on Tuesday filed a proposed judicial protective order — in essence, a secrecy pledge — for Donald Trump’s attorneys, their staff, and any associates who might be involved in a review of materials seized from Mar-a-Lago on Aug. 8.

The document has not yet been signed by Judge Aileen M. Cannon, who is overseeing the proceeding, but it is fashioned as an order of the court with a signature blank for the judge to utilize if she so chooses.

The document notes that Judge Cannon’s order to appoint Judge Raymond Dearie as a special master to review some of the seized materials for claims of privilege “requires the government to provide copies of materials seized . . . to the Special Master, Plaintiff’s counsel, and certain agents and employees” of Trump’s attorneys.

“The Seized Materials are evidence in a criminal investigation case, most of whose details are not a matter of public record,” the DOJ stressed.  A protective order would “preserve the confidentiality of non-public information and protect the special-master-review process.”

The language employed is similar to words used by the DOJ in a separate appellate filing on Friday. In that document, the DOJ balked that Judge Cannon had “entered an unprecedented order enjoining the Executive Branch’s use of its own highly classified records in a criminal investigation with direct implications for national security.”

Such protective orders are commonplace in many sensitive criminal cases.

The proposed order expressly would require the following, according to its terms:

Vendors who are engaged to scan, host, provide review, or otherwise process the electronic copies of the Seized Materials must also sign execute the “Acknowledgment of Protective Order” that is attached to this Judicial Protective Order at Exhibit A.

The proposed protective order naturally contains a promise not to disclose the materials for purposes unrelated to the proceeding at hand; it also states that court documents which reference the materials shall be filed under seal:

Also included in the proposal is a suggested promise to keep the materials stored securely, a provision which requires notifications to the court if materials are “inadvertently or otherwise” disclosed, and a warning that violations “shall be punishable by contempt of court or any other legally available sanction that the Court deems appropriate.”

A footnote indicates a key distinction: the proposed order does not govern materials bearing classification markings. The government doesn’t want to turn that material over just yet because a request for a stay in a portion of the contemplated handoff is currently before the 11th Circuit Court of Appeals.  If a stay is not granted, a separate protective order will be promulgated for classified material:

Trump’s attorneys have repeatedly challenged the government’s notion that some of the documents are classified. However, they’ve also refused to directly argue whether they consider the material declassified.

A copy of the proposed order is here: