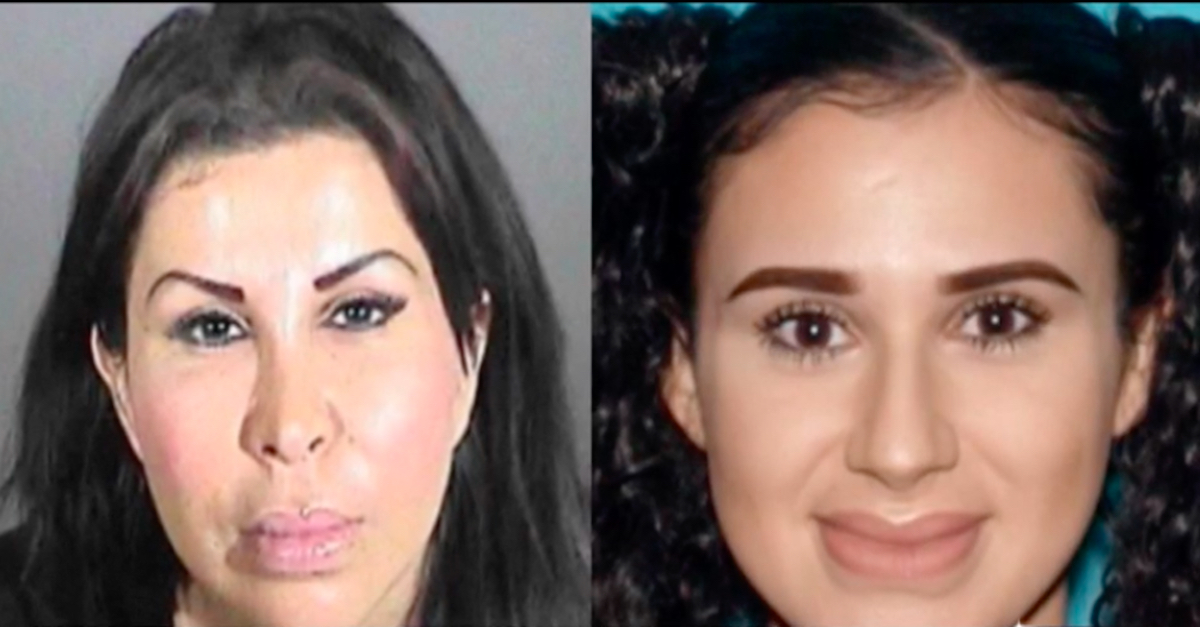 A 52-year-old California mother and her 25-year-old daughter are denying allegations that they murdered an aspiring adult film actress who died from an illegal butt augmentation procedure in 2019.

Libby Adame and Alicia Galaz, her daughter, on Tuesday formally pleaded not guilty to one count each of murder and three counts each of practicing medicine without proper certification in the 2019 death of 26-year-old Karissa Rajpaul.

As previously reported by Law&Crime, Adame and Gomez were initially taken into custody in August 2021 after Rajpaul, who moved from South Africa to California to pursue a career in the adult industry, died following “an outlaw buttocks augmentation procedure.”

According to a press release from the Los Angeles Police Department, Adame and Galaz on Oct. 15, 2019 performed the unlawful procedure inside of Rajpaul’s private home in Encino. It was the third and final procedure she had undergone over the course of several weeks.

Less than a month before her death, Rajpaul posted a video to social media that began with a closeup on her face before she panned out and revealed she was undergoing the second of the three butt implant procedures.

“This cosmetic procedure involved injecting an uncontained, liquid silicone substance directly into the buttocks to make the buttocks look fuller,” police said in the release. “The consequence of injecting uncontained silicone into the body is that it can enter the blood stream and create embolisms which can result in serious illness or death.”

During the procedure at Rajpaul’s home, medical complications reportedly arose that led to Adame and Galaz calling for emergency assistance and then rushing out of the home before authorities arrived.

“The suspects fled the scene without identifying or informing the paramedics of the cosmetic procedure for proper lifesaving protocols to be initiated,” police said in the release. “As a result, the victim died in an emergency room with tending physicians unaware of the silicone injection.”

The Los Angeles County Coroner’s Office ruled Rajpaul’s manner of death a homicide, finding that the cause of death was “acute cardiopulmonary dysfunction” and “intramuscular/intravascular silicone injections,” according to records reviewed by Law&Crime.

An arrest warrant was issued and the two were taken into custody on August 5, 2021 by LAPD Valley Bureau homicide detectives at a home located in the 5700 block of Baldwin Avenue in Riverside.

A friend of Rajpaul’s who was reportedly present during the procedure provided additional details about what transpired inside of the Encino home where the procedure allegedly took place. Speaking to Rolling Stone on the condition of anonymity, the friend reportedly said that it was clear Rajpaul was not well after Adame and Galaz injected her, saying he begged them to help his friend.

“I told them, ‘Look, you guys should take her to a hospital,’” he reportedly told the magazine. “They were like, ‘Oh, no, she’ll be fine.’ Of course, she wasn’t fine. She wasn’t responding. She just looked very, very low. When she started passing out, I gave her mouth-to-mouth. I yelled, ‘Call 911! You need to call 911 right now. This is crazy. You’re fucking insane.’”

Attorney J. Michael Flanagan, who is representing Adame in the case, did not immediately respond to a message from Law&Crime seeking comment on the case. Flanagan previously represented Conrad Murray, Michael Jackson’s former doctor, against charges of manslaughter.

Both Adame and Galaz posted bond and were released from jail. They are currently scheduled to appear in court again on Nov. 3 for a probable cause hearing.