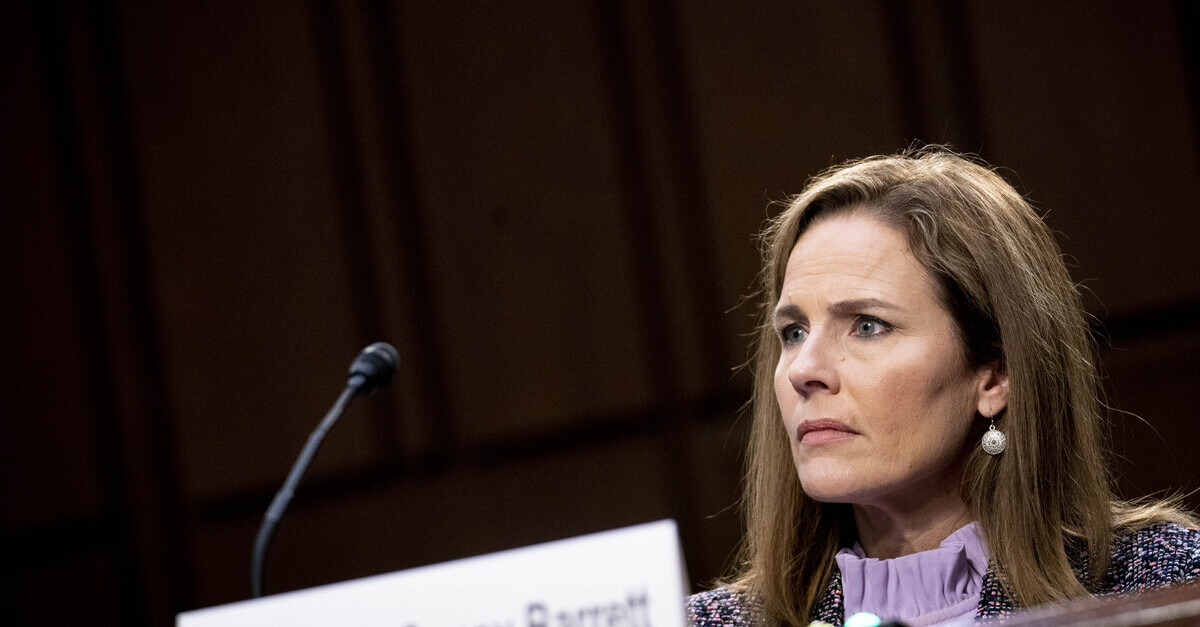 The U.S. Supreme Court on Wednesday again declined to formally consider a controversial case with potentially wide-ranging implications for a woman’s right to obtain an abortion. This marks the third time that the nation’s high court has, without much publicity or explanation, rescheduled a conference–the meeting in which “petitions are scheduled to be considered”–in the case stylized as Dobbs v. Jackson Women’s Health Organization.

Thrice punting, the Supreme Court’s preliminary consideration of the case seems guaranteed to occur only after conservative Circuit Judge Amy Coney Barrett is confirmed and seated as the ninth justice–something of a nightmare scenario for women’s health advocates.

The Dobbs case concerns Mississippi’s court-stalled efforts to ban abortions after the 15th week of pregnancy.

Legislators in The Magnolia State attempted to institute the ban in 2018, but a federal judge blocked it from taking effect.

In late 2019, the New Orleans-based U.S. Court of Appeals for the Fifth Circuit agreed with Mississippi District Judge Carlton Reeves and said the ban was a plain violation of Supreme Court precedent.

“In an unbroken line dating to Roe v. Wade, the Supreme Court’s abortion cases have established (and affirmed, and re-affirmed) a woman’s right to choose an abortion before viability,” the appeals court judges noted. “States may regulate abortion procedures prior to viability so long as they do not impose an undue burden on the woman’s right but they may not ban abortions.”

In June of this year, Thomas E. Dobbs, the lead public health official in Mississippi, asked the conservative-dominated Supreme Court to overturn the two lower courts–launching a direct attack on the famous Roe v. Wade precedent and other pro-abortion rulings.

Specifically, and as their foremost argument, the petitioners say the high court should reassess the Fifth Circuit’s use of the so-called “viability standard” often used to assess laws attempting to restrict abortion.

“The [Supreme] Court should grant certiorari and clarify that the right to a pre-viability abortion is not absolute,” the petition argues–staking out a legal position that, if adopted, would amount to an extreme departure from established abortion jurisprudence.

“The only legal and factual issue the district court considered was whether a baby is viable at 15 weeks,” the petition continues. “This was error and conflicts with [the Supreme Court’s] nuanced and evolving abortion jurisprudence. Just as [the Supreme Court] rejected Roe‘s trimester framework in [another case], the [Supreme] Court should grant review and reject ‘viability’ as the bright line for determining when a state may legislate to advance its substantial interests in health, safety, and dignity.”

Roughly one month later, the Jackson Women’s Health Organization–which is Mississippi’s lone abortion provider–asked the Supreme Court not to hear the case at all.

“It speaks to the state’s relentless attempts to ban or restrict abortion and just make it harder and harder and harder for people to access important reproductive health care,” Schneller continued. “It’s both something new and more of the same. It’s not new that the state is trying to restrict abortion, but they’re continuing to get more and more aggressive about it.”

How likely is the nation’s highest federal bench to actually take the case? There’s a decent possibility.

According to Bloomberg News Supreme Court reporter Greg Stohr, Dobbs is the only abortion case of import “that’s far enough along in to be a candidate for review this term.”

To that end, if and when the Dobbs case is considered in conference, it’s presumed that Barrett would vote in favor of full consideration of a case with the potential to roll back abortion rights. The Supreme Court’s own rules say that “four of the nine Justices must vote to accept a case.” A conservative majority of Barrett plus Justices Clarence Thomas, Samuel Alito, Brett Kavanaugh, Neil Gorsuch, and Chief Justice John Roberts significantly increases the odds that a petition for certiorari will be granted in this case.